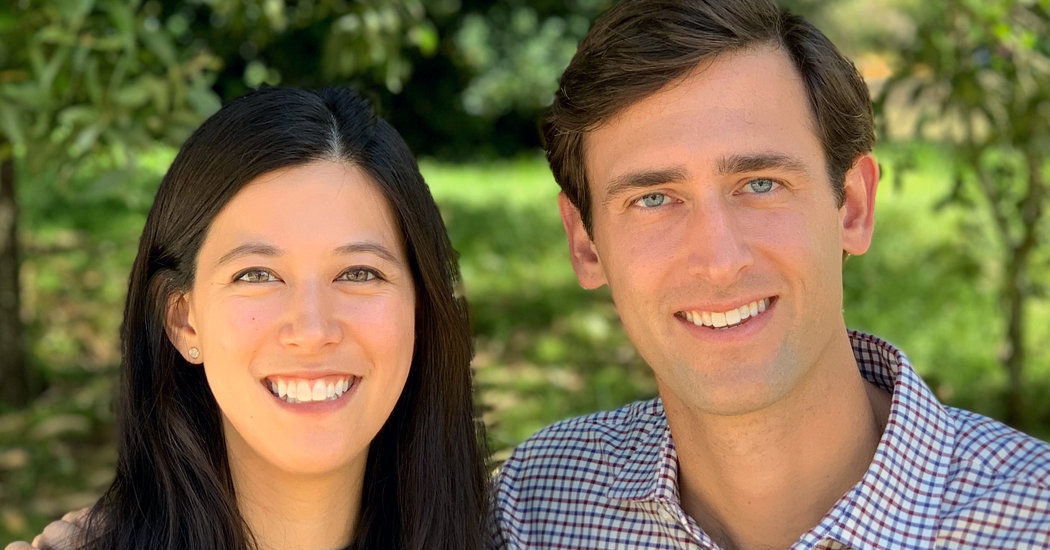 Margaret Jasper Greenberg and Erik Davis Blumenkranz were married Nov. 19 in San Francisco. Patricia Mazzucco, a county clerk, officiated at City Hall. On Nov. 23, the couple took part in a celebration ceremony at Camp Maddox, the bride’s family property in Kerrville, Texas. David Greenberg, the uncle of the bride, led the ceremony.

The bride, 30, is a manager in strategy for Levi Strauss & Company in San Francisco. She also received an M.B.A. from Stanford.

She is the daughter of Claire Liu Greenberg and Joseph G. Greenberg of Houston. The bride’s father is the founder and chief executive of Alta Resources, a natural gas company in Houston. Her mother retired as the assistant treasurer of corporate finance for LyondellBasell in Houston. She is also on the board of directors of the Houston Grand Opera, where she chairs the finance committee.

The groom, 29, is studying for a joint law degree/M.B.A. at Stanford. Upon graduation next month, he is to rejoin the San Francisco office of Tinicum Incorporated, a New York-based private investment firm for which he began working in 2014.

He is a son of Dr. Recia Blumenkranz and Dr. Mark Blumenkranz of Portola Valley, Calif. The groom’s mother is a dermatologist in private practice in Menlo Park, Calif. His father is the H. J. Smead professor and chairman emeritus of the department of ophthalmology at Stanford, and was the founding director of the Byers Eye Institute there.