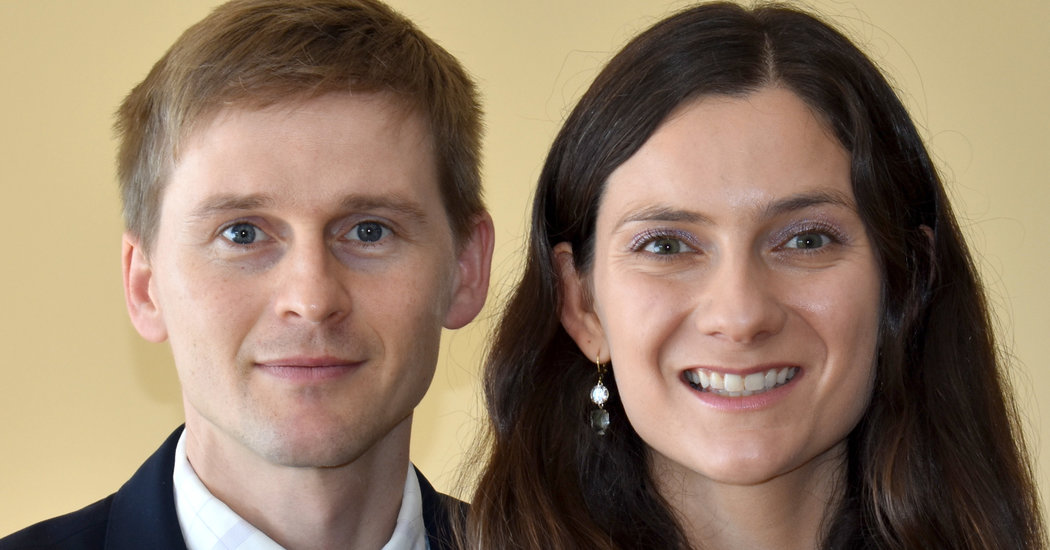 The couple met at Stanford, from which each received a Ph.D. in economics, and from which she also received a master’s degree in the subject.

Dr. Curto, 32, is an assistant professor of health economics and policy at Harvard, from which she graduated.

She is a daughter of Inés Zigrino Curto and Raúl E. Curto of Iowa City. The bride’s father is a professor of mathematics and the executive associate dean in the College of Liberal Arts and Sciences at the University of Iowa. Her mother is a lecturer in computer science there.

The couple met in 2011 while standing next to each other in line for dinner at the Stanford CoHo, the on-campus coffeehouse, and Dr. Salitskiy suggested they sit together. A couple of weeks later they had their first date at a restaurant in Palo Alto, Calif.