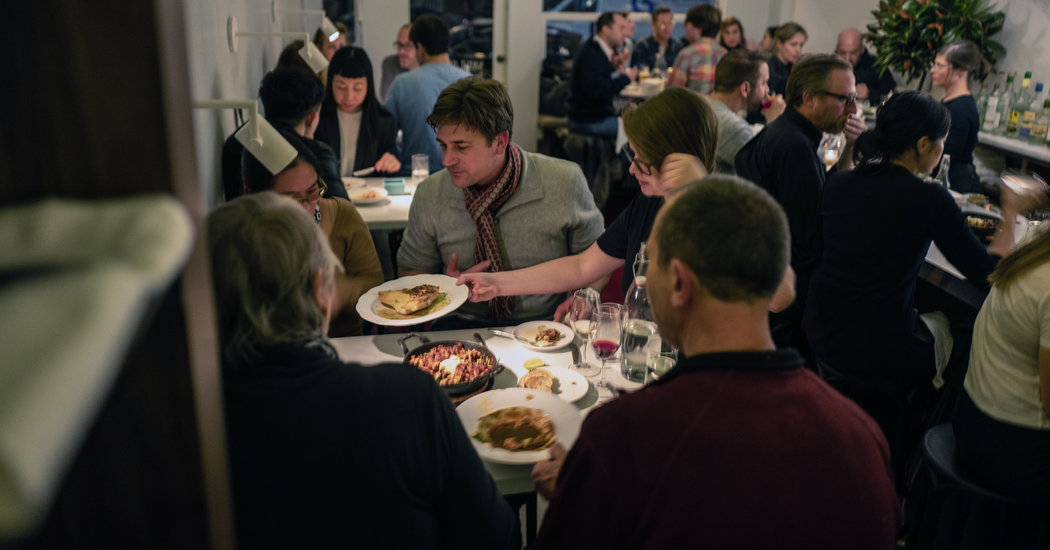 Le Fooding, a French organization founded 20 years ago to provide a counterpoint to traditional restaurant guides, has joined the jam-packed restaurant awards circuit, announcing on Monday its list of best bistros in New York, Paris, London and Mexico City.

Formally called Priceless Cities Best New Bistros and in partnership with Mastercard, the awards are the first the group has given to restaurants outside France.

In New York, the award went to Saint Julivert Fisherie, in Cobble Hill, Brooklyn, a seafood restaurant from Alex Raij and Eder Montero. Adda, Indian in Long Island City, Queens, and Crown Shy, in the financial district, were runners-up.

The winner in Paris was Le Maquis, a compact, market-driven spot on the northern edge of the city. Expendio de Maiz Sin Nombre, where pre-Columbian traditions and ingredients rule, won the Mexico City award. And, in London, there was a tie between Tayer + Elementary, known for its inventive drinks, and Mao Chow, for vegan Chinese fare.

Le Fooding’s definition of bistro is fairly broad: The group describes it as “a lively restaurant with no limits, that offers plates full of free culinary expression, plus a festive atmosphere and competitive prices.” The selection process started last summer with a list of between 14 and 23 candidates for each city, which a panel of experts narrowed to three. To make the initial cut, the restaurants had to reflect a “taste of the times” and have opened in the past 12 to 18 months.

Online voting was open to the public from Sept. 25 to Oct. 25. (Voters were not required to have dined in the restaurants.) The public vote constituted 25 percent of the total; experts weighed in on the rest.