Sticking to My Own Premises 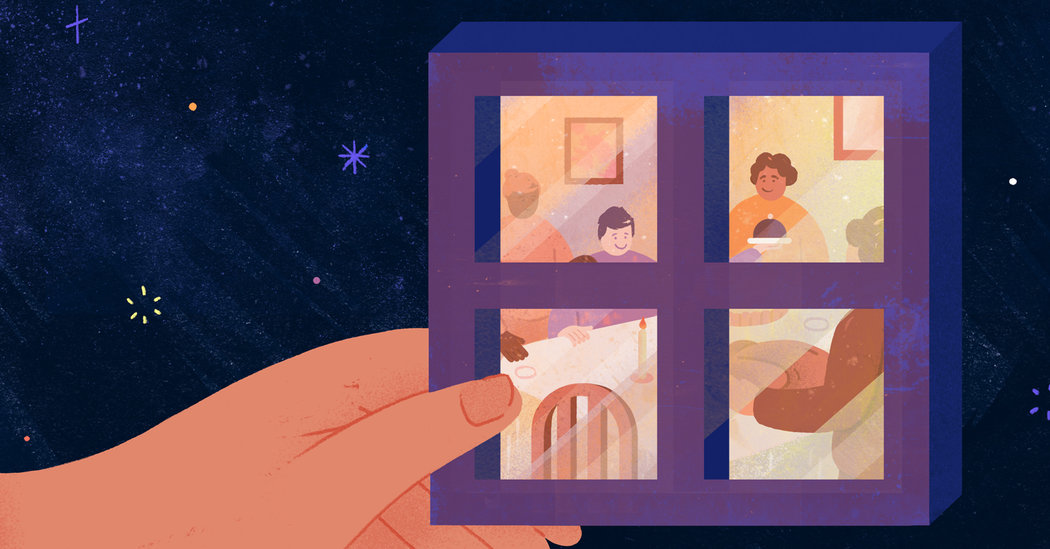 Amid mounting excitement about the kids flying in for a visit, I look around the apartment with trepidation. Why am I so nervous about their imminent arrival? It has been months since our last get-together and they can replace ceiling light bulbs too risky for me or my older husband to reach.

Of course, I must start planning a celebratory meal. As a cook who takes powerful medications to keep my cancer at bay, I need to prepare ahead of time or I get too tired to enjoy company. For the omnivore grandson and his parents, Marcella Hazan’s Bolognese just gets better when reheated. For his vegan auntie, a vegetable stew. As a starter, maybe asparagus with my go-to rendition of pissaladière, a savory flatbread.

But what is that carton in the lower depths of the freezer? A package of something called “Veggie Corn Dogs.” Seriously. What if they think this is the sort of dinner I serve nightly? It must have been brought by another daughter, maybe for her toddlers, but surely it should be tossed. After a moment of hesitation — I come from immigrants who would judge throwing out any food a crime — I see from the picture on the box that the veggie corn dog does not look like anything I would put in the food category. Since the carton would be noticeable in the kitchen trash, though, I take it out to the garbage bin in the garage.

Is it pride or prejudice that propels me, I wonder, as I go to wash my hands in the bathroom. There I notice an empty air freshener plugged into the wall. A dead giveaway! But how can the bulb be disassembled from the plastic thingumajig that holds it? Never mind, I unplug the whole contraption and hide it in a hard-to-reach drawer near the medicine cabinet.

Which is where I find a number of vials with pills that have expired. It says so right on the labels. They’ve got to go. The medications that I take daily and the hospital forms on which I record them for my clinical trial are always hidden, as is all the paraphernalia associated with my ostomy: I would never want a guest inspecting those sorts of items.

After I swab the bathroom surfaces and gather the outdated pills, I rest in my study, considering a safe way to trash the drugs. Surrounded by piles of magazines, I think, the magazines must be recycled, or else we will look like crazed hoarders.

Finally I interrogate myself: Why am I staging this place as if a realtor were bringing a prospective buyer to purchase it?

Oh, I suddenly understand, I am afraid the children will judge me incompetent to care for my husband and myself. I don’t want to be deemed an alter kacker, Yiddish for an old fogey. I’m fearful of being told that we need to hire caregivers or to move into some sort of “home” — the quotation marks a dead giveaway that such a place is decidedly not home.

In fact, the issue that grips me has nothing to do with the beloved visitors. How — or how long — will I be able to keep on going on with my husband within our own premises: in our apartment, but also with our customary habits, values and everyday rhythms of being?

Cancer casts an odd shadow on this common late-life dread. My diagnosis and my cancer support group have taught me that I am lucky to be pondering it at all. Many of my friends — killed by malignancies while in the prime of life — were not so privileged.

Yet ongoing cancer treatment complicates the matter. Most chronic patients, debilitated either by disease or by medical responses to it, know that their arduous paths paradoxically take enormous strength and support. All the trips to often faraway hospitals. All the prescriptions that must be obtained, renewed, then tested for efficacy. All the scans and the exhaustion that they and the drugs and other procedures produce. My condition even has an acronym: CRF stands for cancer-related fatigue.

Hillary Clinton’s meme “It takes a village” applies not only to raising a child, but also to the growing population of people in perpetual treatment. As one ages, unfortunately, the village can be depleted. My husband is no longer strong enough to accompany me on all my hospital treks. Friends who are aging along with us often find themselves too burdened by their own responsibilities or incapacities to help in ways they did in the past.

The dough for the pissaladière was rising and my spirits faltering, when the children appeared and quickly set to work replacing hard-to-reach light bulbs, turning umpteen remotes for the television into one “universal” clicker, and consolidating a potentially hazardous maze of wires with a power cord.

Pissaladière: in the mouth, on the tongue, the word sounds to my cockamamie ears like an expletive related to its first syllable. In fact, it comes from pissala, salt fish, the very ingredient left out of a vegan version. While caramelizing the onions, I realized that — thanks to the kids — my husband and I will be staying in a safer space at least for now. And if not now, as the ancient rabbis asked, when?

“With bread all sorrows are less,” Sancho Panza famously declared. Here’s my easy-peasy adaptation of a recipe for pissaladière, a treat that should be better known.

While bought or made pizza or focaccia dough is rising, thinly slice 4 onions. Heat a large skillet with 3 tablespoons of olive oil and add the onions with some minced garlic, thyme or oregano, salt and pepper. On medium heat and covered, cook for 20-30 minutes, stirring intermittently, until the onions become a compote. Let it cool and set the oven at 425.

Slice in half some pitted Kalamata olives. Punch down the dough and either roll it out or stretch it onto an oiled pizza or sheet pan. Then spread the onions over all but the edges and distribute the olives (and anchovy fillets, if you like) in a pleasing pattern. Use a brush to coat the edges with olive oil. Bake for about 25 minutes and enjoy, but remember to turn off the oven. Just saying.

Susan Gubar, who has been dealing with ovarian cancer since 2008, is distinguished emerita professor of English at Indiana University. Her latest book is “Late-Life Love.”