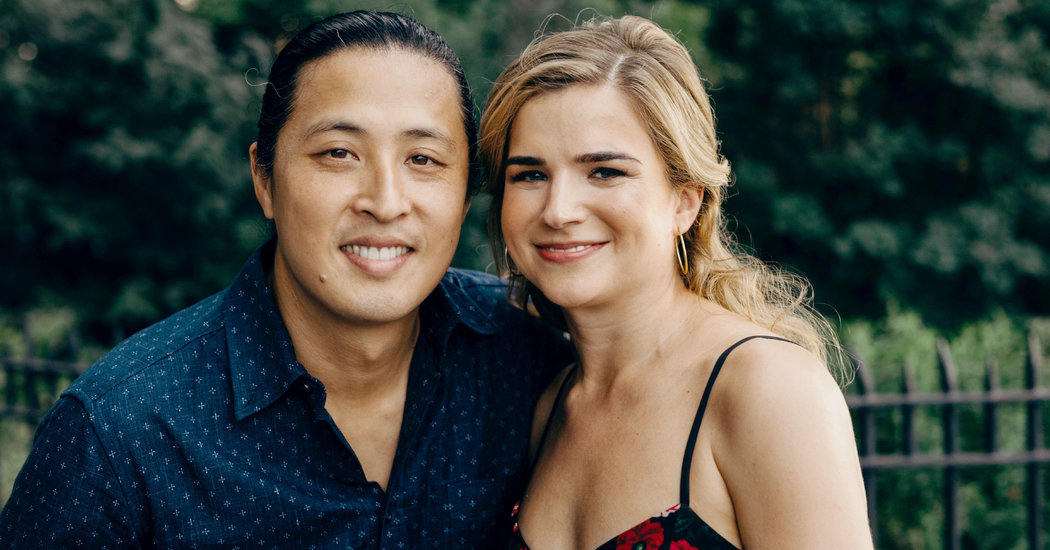 Ms. Gish, 38, is a vice president for client services at Huge, a digital agency based in Brooklyn. She graduated from Emory University and received a master’s degree in new media and information systems from the London School of Economics and Political Science.

She is a daughter of Pamela K. Gish and David W. Gish of McHenry, Ill. The bride’s father, who is retired, was the former president of VTech Computers USA, a computer hardware company in Lake Zurich, Ill. Her mother works in McHenry as a certified health coach for Optavia, a nutrition and weight loss company based in Baltimore.

Mr. Lee, 39, is a manager of Spanish language content for Major League Soccer in Manhattan. He graduated from Hunter College.

He is a son of Moon Ja Lee of Flushing, Queens. The groom’s mother owns New Mapsy Hair Studio, also in Flushing.

The couple met in 2015 on Tinder and had their first date on Labor Day at the Ace Hotel in Manhattan.