When the Timing Is Finally Right 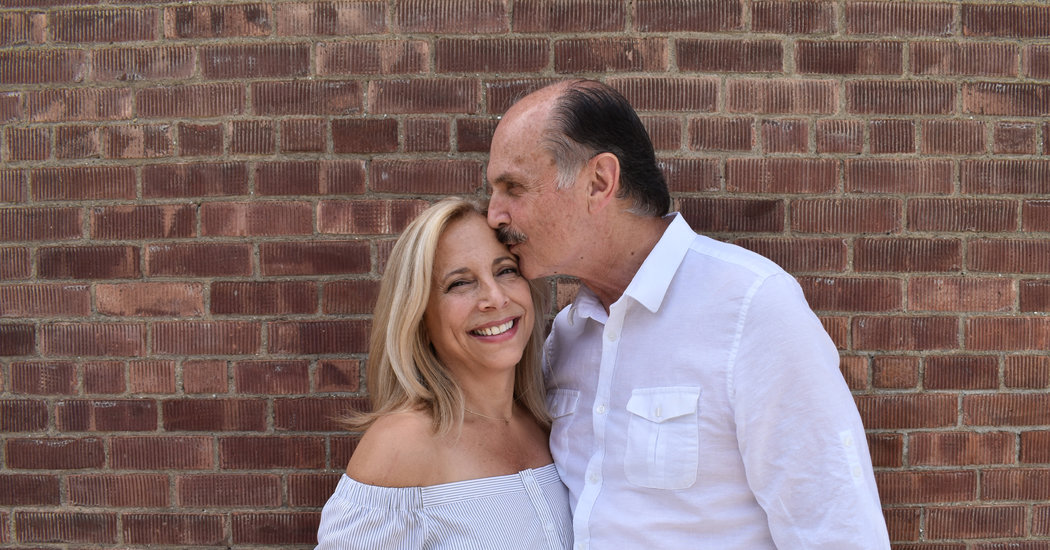 The bride, who is 55 and taking her husband’s name, is a vice president in Sugar Loaf, N.Y., for the Citizens Foundation, a nonprofit organization dedicated to improving quality of life in the community. She graduated from the State University of New York at Purchase.

She is the daughter of Christa M. Orsino of Maybrook, N.Y., and the late James J. Orsino Sr. The bride’s father retired as a yard master for the New York, New Haven, Hartford Railroad. Her mother was a stay-at-home parent.

The groom, 69, is a chief executive officer in Hamptonburgh, N.Y., for Inspire-Orange County Cerebral Palsy Association. He graduated from Manhattan College and received an M.B.A. from Wagner College.

He is a son of Paula M. Martino of Beacon, and the late John Martino, who lived in Florence, S.C. The groom’s mother retired as an office manager at Studio Legali Bisconti, a law firm in New York. His father was a professor of languages at Francis Marion University in Marion, S.C.

The bride and groom’s first two marriages ended in divorce.

The couple met in May 1993 when Mr. Martino served as an interim administrator at Julia L. Butterfield Memorial Hospital in Cold Spring, N.Y., where Ms. Orsino worked as an administrative manager, recruiting and credentialing physicians.

“He was so handsome and kind,” she said. “We developed a strong friendship rooted in mutual respect and admiration.”

At that point, Ms. Orsino and Mr. Martino were both married with children — she had a 2-year-old daughter and he a 5-year-old son and infant daughter. Although they had not yet turned a romantic corner, there was an undeniable attraction.

“I saw her as this beautiful woman who was also very smart, loyal and respectful,” Mr. Martino said. “I enjoyed seeing her every morning.”

Five months later, Mr. Martino’s interim role ended, and though he departed, they kept in touch.

In 1995, Ms. Orsino’s first marriage ended in divorce, as did Mr. Martino’s second marriage. He called her later that same year to ask her on a date, but learned that she was already in a committed relationship.

“I was certainly disappointed,” Mr. Martino said. “She was someone I knew who would be really good for me, but the timing just wasn’t right.”

They remained friends. “When life went sideways here and there,” Ms. Orsino said, “Marcel seemed to always be there to offer friendship and a steady, guiding hand.”

He was there in 2000, when Ms. Orsino, then living in Mahopac, N.Y., was seeking employment. Mr. Martino, then the chief executive of a physical, occupational and speech therapy company in White Plains, hired Ms. Orsino as the company’s director of marketing.

She worked there for a year and a half, and they again went their separate ways. In 2009, Ms. Orsino’s second marriage ended in divorce, and a year later she moved to Manhattan, where she was working in pharmaceutical sales, and eventually lost contact with Mr. Martino.

In October 2015, Ms. Orsino moved back to Maybrook, N.Y., where she grew up, and was now just a 20-minute car ride from Mr. Martino, who was living in Newburgh, N.Y.

Unaware of what Mr. Martino was doing with his life, Ms. Orsino emailed him, and he responded immediately, suggesting they meet for dinner.

As they broke bread together on a first date that Ms. Orsino described as “calm, comfortable and familiar,” Mr. Martino told her that he was now single — and that the timing was finally right for them to get together.

“I couldn’t believe he was still available,” Ms. Orsino said. “At first I was afraid to jump into another relationship, but this time, things were so easy. There was no drama, and he was so sweet and understanding and made me his top priority, and I haven’t opened a door for myself since.”