What Does ‘Black Friday’ Even Mean Anymore? 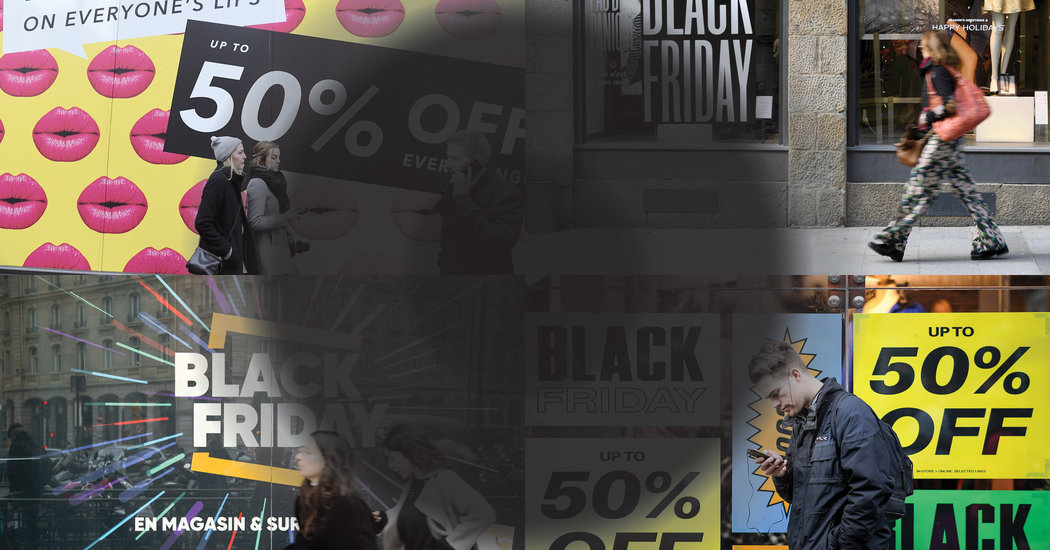 “Black Friday Sale Starts Now!” “Shop Black Friday Deals Now!” “Gear Up, It’s Black Friday” — so read the emails in my inbox and the banners on my search engine.

Well, yes, you shrug. What do you expect? It’s that time of year.

Except when I received said emails, and said banners began to appear, it was not, in fact, the day after Thanksgiving. It was not that day when, in order to kick-start the holiday shopping season, brands and department stores cut their prices and everyone rushes out to buy, buy, buy.

It was not that day that supposedly got its name because that is when stores start making profits and “go into the black.” Not that day that actually got its name in 1869, when two investors started a run on gold, which led to a crash, which led to dark days. (How that somehow got caught up with shopping is unclear; probably a coincidence of history.)

It was not, in other words, Black Friday at all. It was weeks beforehand.

Because really, there’s no such thing as Black Friday anymore, not in a literal sense. It long ago escaped — or transcended — its original meaning and location, leaping beyond United States borders to establish itself in other countries and continents, to become just another shopping day in a sea of shopping days. The term is now a conceptual synonym for the idea of “sale,” a Pavlovian cue to get you in the right frame of mind to open your wallet.

And an opportunity for sustainably minded marketers to rail against purchasing, of course.

What used to be special has given birth to a host of copycats: Small Business Saturday, Cyber Monday, Amazon Prime Day — all of which are completely overshadowed by Alibaba Singles Day, which took place on Nov. 11 and recorded more than $38 billion worth of spending in 24 hours. It can be only a matter of time before we get Too Good to Be True Tuesday, Watershed Wednesday and Take-It-All-Home Thursday.

“Just a few years ago, Black Friday had the aura of a FOMO event,” the consulting firm PwC wrote in its annual holiday shopping study. “Now it seems more symbolic than significant in the pantheon of retail holidays.”

PwC found that only 36 percent of shoppers surveyed planned to stock up on Black Friday, the actual day (in 2015, more than half of shoppers did so), because there were so many other opportunities to spread their spending over time.

As a result, the firm is proposing we forgo the term Black Friday in favor of … Black November.

Black November? If we’re being honest about it, we should probably just go straight to Black Every Day.

“Christmas creep has turned into deal creep,” Mr. Cohen said. “You have to be one of the most unlucky people in America if you are paying full price for anything these days.”

Katherine Cullen, the senior director for industry and consumer insights for the National Retail Federation, likewise acknowledged the chronological ooze of the no-longer-seasonal sales period. “Certainly individual days are becoming less important,” she said. “It’s about the total spend over the holiday period.” Because of that, she noted, the NRF had been “calling it ‘the five-day November holiday period,’ though that is a bit of a mouthful.”

And yet, the numbers being touted still seem pretty good: According to the NRF, “holiday retail sales in November and December will be up between 3.8 percent and 4.2 percent over 2018 for a total of between $727.9 billion and $730.7 billion.”

The NPD Group is predicting “holiday sales growth in the United States between 2.7 percent and 3.2 percent compared to last year,” according to its Holiday Purchase Intentions survey.

But, Mr. Cohen said, this is attributable not to people spending more because they have more days to do it in, but to the fact that there are more products and services on sale during the same period than there were before.

Little wonder that, as the pressure to purchase has grown, so, too, has the pressure not to — the physics of fashion (and Newton’s Third Law of Motion) dictating that for every action there is an equal and opposite reaction. Now, alongside Black Friday boosters there are anti-Black Friday agitators: Companies like REI, which is closing its stores and encouraging #OptOutside, and Everlane, which is donating $10 of every purchase to Oceana, a nonprofit focused on fighting ocean pollution.

Meanwhile ThredUp, the resale site, has introduced Thrift Cards, gift cards for shopping on its site, which it hopes will “displace half a million new gifts with thrifted gifts.”

Brand executives (and designers) endlessly bemoan the way we are being trained to shop on sale, and the way in which it has permanently altered our sense of value, but it’s unclear how to put the genii they have loosed back in the box. The problem is, when everything is available all the time, it loses its attraction.

“I think we need to change the name,” Mr. Cohen said. “Think about Cyber Monday,” he said. “It’s a totally fictitious holiday, but they named it, and it caught on. Black Friday needs a face-lift. It should be resurrected with a different focus in mind.”

Maybe, he suggested, there could be one-off Black Friday product assortments, collaborations or guest curators. Maybe there could be special D.J.s or snacks or — massages! For when your shoulders ache from carrying all those bags. Once upon a time it was the sale that made Black Friday special. But the specialness is not dependent on the sale.

Ms. Cullen agreed. The sale has become so ubiquitous, she said, that “it’s hard to compete on price and convenience.” Her suggestion for what stores could compete on: socializing.

Indeed, the primacy of the in-person experience in an increasingly digitized world has become something of a given — the idea that in a connected society, the greatest luxuries, and gifts are moments of human connection. And was that not, originally, what Black Friday provided (well, that and a deal): a communal sense of anticipation and shared excitement? Is not that, really, the takeaway?

The waiting in line, the rush to get the product first, the mutual exhaustion and frustration and occasional triumph — even more than the shopping itself, such experiences brought us together and linger in the memory. And last longer, in the end, than any 60-percent-off item ever could.