Eating After You Exercise May Provide Added Fat-Burning Benefits 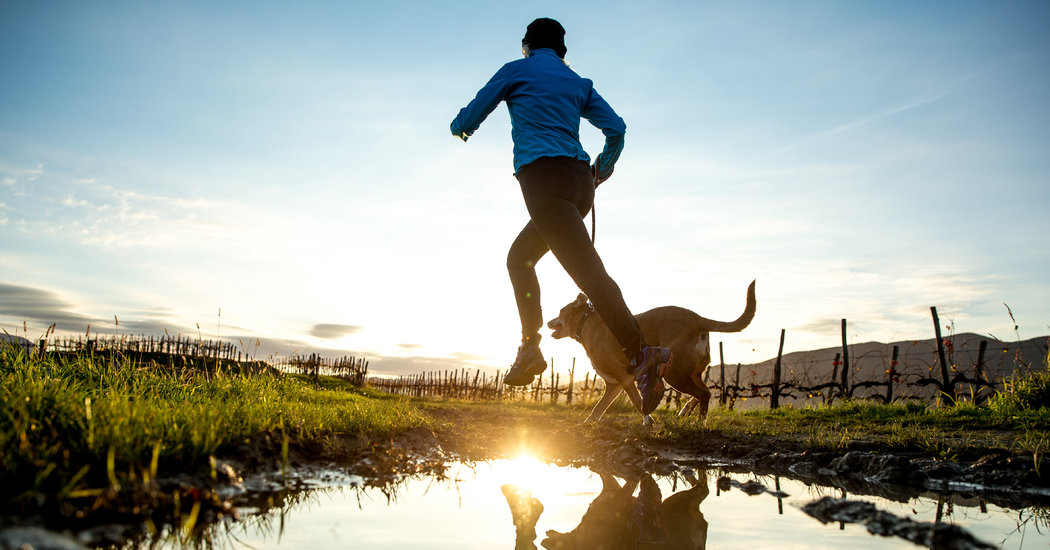 Working out on an empty stomach could amplify the health benefits of the activity, according to a well-timed new study of the interplay of meal timing, metabolic health and moving. The study, which involved sedentary men and moderate cycling, suggests that whether and when we eat may affect how exercise affects us.

In general, any exercise improves our health. But a wealth of recent science and personal experience indicate that different people can respond to similar exercise routines in different ways. Even if everyone completes the same amount of exercise, some people become more fit than others, or lose more weight, or gain greater control of their blood sugar.

Most exercise scientists believe that our genetics, diets, physiques, temperaments and other subtle aspects of our lives act in concert to shape how our bodies react to exercise.

But some researchers suspect meal timing matters as well. Working muscles need fuel during exercise, mostly in the form of sugar (glucose) or fat. That fuel can come from our most recent meal, once its component sugars and fats reach our bloodstreams, or from our bodies’ stores of fats and sugars. We all have such stores, especially of fat, some of it residing in our muscles and marbling them like pricey sirloin.

This muscle fat becomes problematic if we accumulate too much of it. Fatty muscles do not respond well to the hormone insulin, which directs sugar from the blood into the muscles. As a result, excess fat can contribute to insulin resistance, high blood sugar levels and increased risks for Type 2 diabetes and other metabolic conditions.

So, researchers at the University of Bath in England and other institutions began to wonder whether meal timing might influence how much muscle fat we burn during exercise, which would then affect the long-term metabolic consequences of exercise and help to explain, in part, why some people get more out of exercise than others.

To look into those issues, they recruited 30 overweight, sedentary men. (They plan to do a follow-up study with women.) The researchers tested the men’s fitness and insulin sensitivity and then divided them into three groups.

One, as a control, continued their usual lives. The other two groups started supervised exercise in the morning three times a week, riding stationary bicycles at a moderate pace while wearing monitors and masks that tracked their heart rates and the amount of fat and sugar they burned. The researchers also asked them periodically how they felt while riding.

One exercise group also downed a vanilla-flavored shake two hours before their ride (with no other breakfast) while the other group swallowed a similar-tasting placebo drink, containing water, flavoring and no calories. In other words, the placebo group rode on an empty stomach, but did not know it.

After exercise, each rider received the drink he had not previously swallowed. The riders who had fasted got the shake and the other group the placebo.

This routine continued for six weeks. Afterward, the scientists crunched numbers and turned up some telling differences between the groups. As expected, the control group’s fitness and insulin sensitivity remained unbudged, while the men in both exercise groups had improved their fitness and narrowed their waistlines, although few had lost weight.

The riders who had pedaled on an empty stomach, however, had incinerated about twice as much fat during each ride as the men who consumed the shake first. The riders all had burned about the same number of calories while pedaling, but more of those calories came from fat when the men did not eat first.

Those riders also showed greater improvements in insulin sensitivity at the end of the study and had developed higher levels of certain proteins in their muscles that influence how well muscle cells respond to insulin and use blood sugar.

On the whole, these findings suggest that “you can probably get more out of your workout without increasing its intensity or duration by exercising before breakfast,” says Javier Gonzalez, a professor of physiology and nutrition at the University of Bath, who oversaw the new study, which appeared in the Journal of Clinical Endocrinology and Metabolism.

The reasons for this extra metabolic boost are complex but most likely involve slimming of muscle fat, he says. The fasted riders’ bodies had to turn to internal energy stores for fuel, including fat from their muscles. (Interestingly, the fasted riders did not feel as if their workouts were more draining than the other group, according to everyone’s subjective ratings of their exertions.)

This study looked primarily at insulin sensitivity, though, and not other aspects of exercise and metabolism, including weight loss. (Other research by some of the same investigators have looked at how eating before exercise may affect appetite.) The researchers also cannot tell whether skipping lunch before an early-evening workout would have the same effects, although it seems likely, Dr. Gonzalez says.

“We believe that the key is the fasting period, rather than the time of day,” he says.

So, if you hope to use exercise to keep you healthy in the coming holiday period, you might try to get up and out early or after not eating for hours. But, Dr. Gonzalez says, if your schedule or preferences prevent you from exercising in the morning or on an empty stomach, do not sweat it.

“Any physical activity,” he says, whenever you can fit it in, “is better than none.”