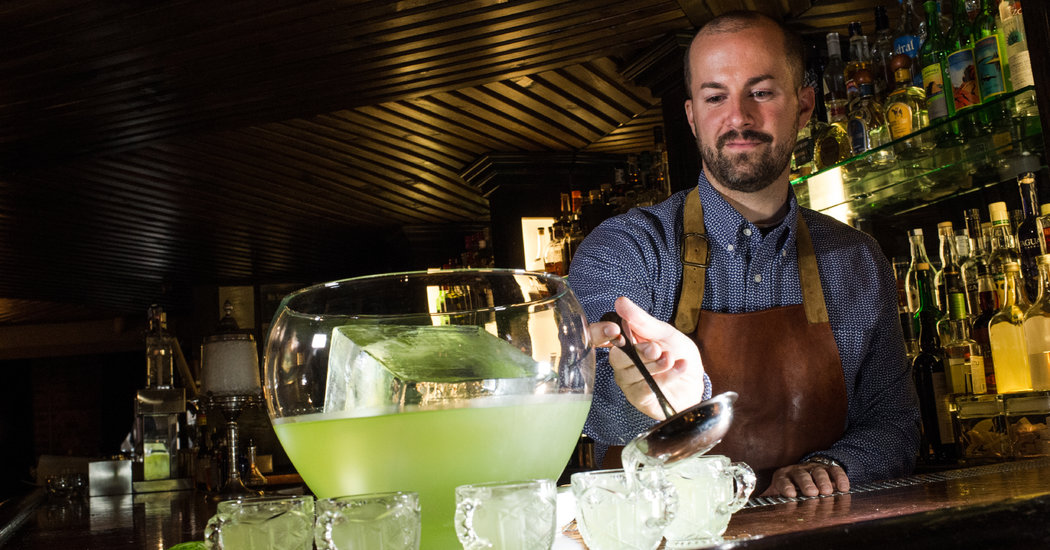 The bartender Jim Meehan, a pioneering figure in the craft-cocktail revival, is no longer involved in PDT, the acclaimed East Village speakeasy that he helped found 12 years ago. He confirmed this week that he was forced out of his position as a managing partner, as part of an organizational restructuring in March.

“It’s almost like a divorce,” Mr. Meehan said Tuesday in an interview. “This was not my decision, and I didn’t want to be let go.”

Jeff Bell, the bar’s general manager, who started there nine years ago as a barback, said he is in the process of buying the bar and Crif Dogs, the adjacent hot-dog joint on St. Marks Place, from Brian Shebairo, the current owner of the two businesses. When the state liquor license Mr. Bell applied for about seven months ago comes through, he said, he will take over and buy out Mr. Meehan.

Mr. Bell said the decision to part ways with Mr. Meehan “came from the current ownership,” meaning Mr. Shebairo. Mr. Shebairo did not respond to multiple texts asking for comment.

Mr. Bell said Mr. Meehan’s dismissal and the restructuring were prompted in part by concerns about rising rent and labor costs. Investors, he said, “looked at the balance sheet and said, ‘We have got to clean up stuff on here to make this a worthwhile partnership.’”

In New York, Mr. Bell has overseen operations since Mr. Meehan moved to Portland, Ore., in 2014, saying he wanted to raise his family there.

“There are two people doing the same thing,” Mr. Bell said. “But one lives in New York and one lives in Portland. You don’t need two operating partners that live in two different cities.”

Mr. Bell, Mr. Shebairo and Mr. Meehan are still partners in PDT Hong Kong, which is also hidden behind a phone booth, in the Landmark Mandarin Oriental hotel.

Since its New York opening in 2007, PDT, whose initials stand for Please Don’t Tell, assumed an air of exclusivity. Guests entered through a phone booth in Crif Dogs.

Mr. Meehan published his first book, “The PDT Cocktail Book,” in 2011. It, and the accompanying app, PDT Cocktails, are staples in many high-end bars. He recently signed another book deal with the publisher Ten Speed Press, which released his “Meehan’s Bartender Manual.” It was named best beverage book in 2018 by the James Beard Foundation.

He is the exclusive mixologist for the American Express Centurion lounges in the United States and Hong Kong. Still, it has been a rocky time for Mr. Meehan, whose highly praised Chicago bar, Prairie School, closed in 2018, less than a year after it opened.

“It’s not a black eye,” he said, speaking of his dismissal from PDT, “but it’s not inspiring.”

Asked about Mr. Bell’s bid to buy the bar, he said, “It’s a new beginning for him, an uncomfortable end for me, but life goes on.” He added, “I’m not done.”