From the Beginning, Two Guys From Brooklyn 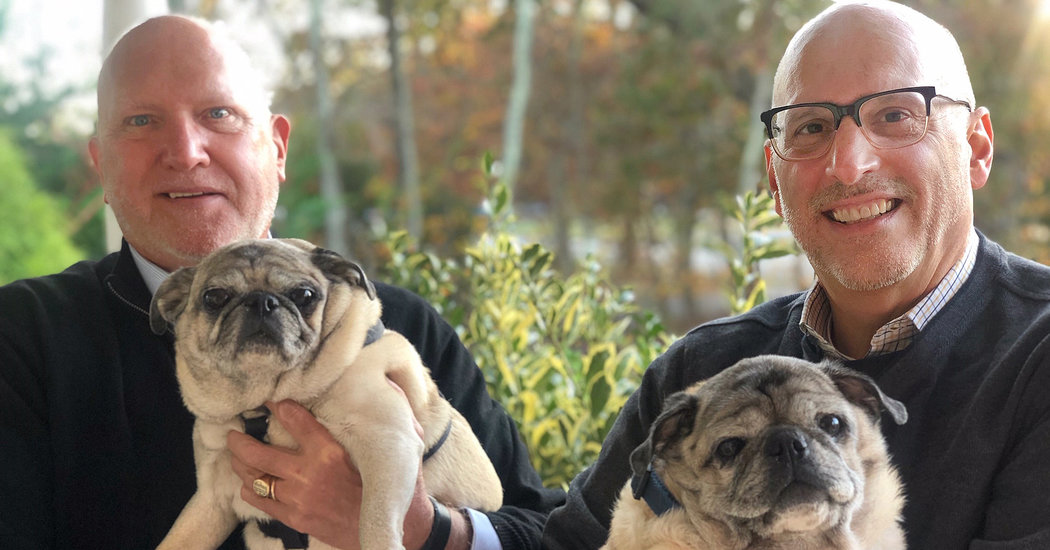 Mr. Olshefski (left), 66, is a real estate broker for Douglas Elliman Real Estate in Manhattan. He is the former executive director of the Manhattan nightclub, Le Club New York. He graduated from New York Community College, which is now known as New York City College of Technology.

He is the son of the late Loretta J. Olshefski and the late Theodore T. Olshefski, who also lived in Brooklyn.

He is the son of the late Mary Buonagura and the late Nick Buonagura, who lived in Brooklyn.

To Mr. Buonagura, Mr. Olshefski was the boy next door.

“We grew up a few houses apart on East 15th Street in the Flatbush section of Brooklyn,” Mr. Buonagura said. “We went to the same schools, and our parents and families were friends.

“In fact, our mothers used to go to the hair salon in Brooklyn together,” he said, “and we often wondered what their Saturday afternoon conversations were like.”

They first became a couple in their mid-to-late 20s, in the late 1970s, a time when L.G.B.T. protesters were frequently in the streets of New York, as were those who demonstrated against homosexuality.

“It was certainly a turbulent time,” Mr. Buonagura said. “Joseph and I were fortunate enough, however, to have never gotten caught up in all of the politics.”

Indeed, Mr. Buonagura and Mr. Olshefski, -who lived together in Brooklyn before moving to Manhattan about 30 years ago said they have managed to avoid the heartaches and frustrations that often accompany gay men and women on their life journeys.

“I can’t remember a time when there was ever an issue raised by a family member or friend about our relationship,” Mr. Olshefski said. “It was always treated like a natural thing, and with the utmost respect by people we knew and loved.”

“That’s not to say that we weren’t aware of the struggles for equality over the years, we certainly were and we supported those efforts and had very heartfelt feelings about it,” Mr. Olshefski added. “But honestly, it was difficult for us to relate to those struggles because we weren’t having them.”

When the United States Supreme Court made same-sex marriages legal in all 50 states in 2015, Mr. Buonagura said that he and Mr. Olshefski – who share their apartment with their beloved pugs, Hazel and Olive – “sort of resisted jumping on the gay marriage bandwagon, so we continued our lives with that option of marriage on the back burner.”

“But upon turning the leaf of being in our mid-60s, we realized it was time to formalize our almost 40-year partnership,” he said.

Mr. Olshefski credited their “long success as a couple,” as he put it, “with the fact that we were always comfortable with one another and could always tell each other anything and everything, and above all else, we have always been honest with each other.”

They Had Some Experience With Wedding Planning
23.07.2021