A Relationship Built on Family and Faith 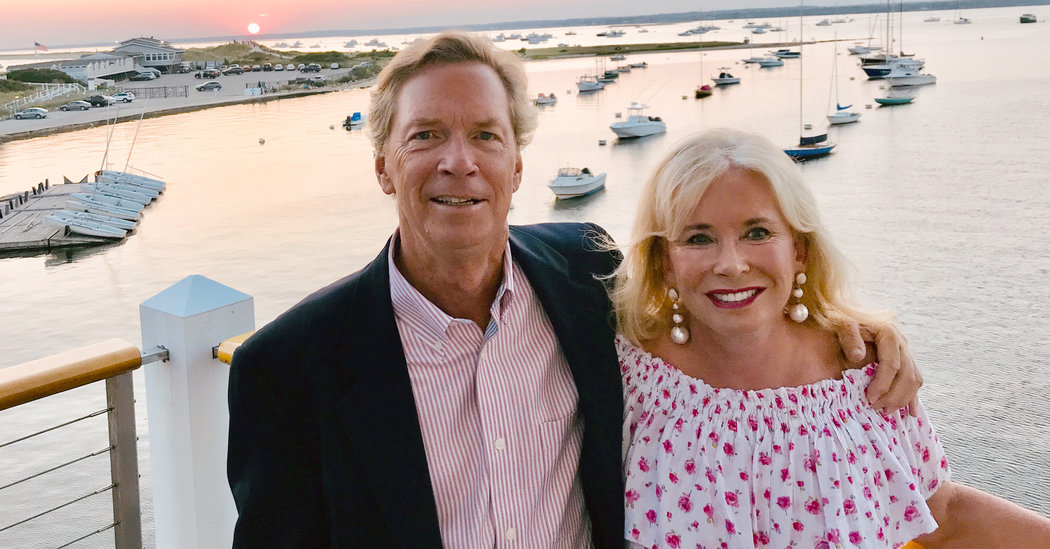 The bride, 67, is the senior development officer at Cristo Rey Brooklyn, a Catholic high school. She is a founding board member of Kipp Academy, or the Knowledge is Power Program, a Houston-based nationwide network of college-preparatory schools in low-income communities. She graduated from the University of New Hampshire.

She is a daughter of the late Alba M. Smith and the late Robert E. Smith, who lived in Nashua, N.H. The bride’s father, who worked in Bedford, Mass., was an engineer with the federal government in the aerospace field. Her mother was a stay-at-home parent.

The groom, 74, is a retired financial executive. He was a managing director of Morgan Stanley & Company, in Manhattan, and also was the chief financial officer of the Public Service Enterprise Group, an energy company in Newark. He graduated from Holy Cross and received an M.B.A. from Dartmouth.

He is a son of the late Margaret E. Murray and the late Thomas F. Murray, who lived in Crestwood, N.Y. The groom’s father was the chief investment officer of the Equitable Life Assurance Society of the United States in Manhattan. His mother was also a stay-at-home parent.

The couple met in March 2017 at a benefit function at Lincoln Center, where both had been invited by a mutual friend, Stephanie Whittier, who had worked with Mr. Murray at Morgan Stanley.

“Stephanie told me that Robert was a great guy,” said Ms. Bush, whose previous marriage to Neil Bush, the son of George H. W. Bush and Barbara Bush ended in divorce in 2003, after 23 years of marriage.

“She described Robert to me as a hard-working, devoted family man who went to church every Sunday,” Ms. Bush said. ”He certainly sounded like someone worth meeting.”

Mr. Murray, whose wife died in 2016 after 47 years of marriage, also received a superb accounting of Ms. Bush.

“Stephanie said to me ‘Fasten your seatbelt, I’m going to introduce you to an incredible woman,’” Mr. Murray said. “She told me that Sharon was an extremely interesting person who had a high level of energy and was full of life.”

Ms. Whittier’s matchmaking proved somewhat successful as Ms. Bush, who was living in Manhattan, and Mr. Murray, who commuted to work every day from his home in Dobbs Ferry, N.Y., hit it off, though they did not exchange contact information.

A month later, Ms. Whittier was at a business dinner at a Manhattan restaurant with Mr. Murray when Ms. Bush suddenly arrived on the scene. (Ms. Whittier, still in matchmaking mode, had asked her to to join them.)

Ms. Bush and Mr. Murray resumed the conversation they started at Lincoln Center a month earlier, and this time exchanged phone numbers.

They soon began dating, each with a bit of reservation.

After her divorce, Ms. Bush had been involved in three relationships, each lasting five years. Mr. Murray was still mourning the death of his wife.

But Ms. Bush, a mother of three, and Mr. Murray, a father of two, had much in common, including a family-first mentality, a strong faith, and a love of travel and sports.

“I really appreciated the fact that he had God in his background, he even served as an altar boy,” Ms. Bush said. “The fact that my children really liked Robert told me that I was doing something right by having him in my life.”

Mr. Murray said that among the many things he admired about Ms. Bush was the fact that she had been active in fund-raising for many organizations throughout her career.

“There was also her overwhelming beauty, her kindness and her intelligence,” he said. “But perhaps the most telling thing about Sharon was that while she raised three children in the limelight, she was as modest and down-to-earth as a person could be, and so were her children.”

“Personally, I’m unimpressed by politicians and celebrities,” he added. “But where Sharon and I were concerned, her past never got in the way of the two of us moving forward.”