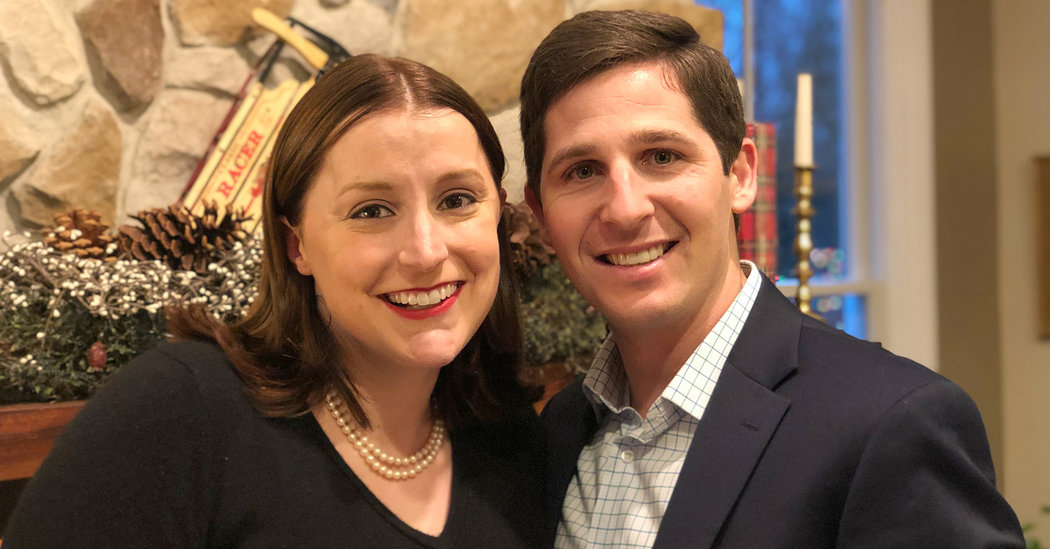 The bride, 32, is a fifth-grade teacher at California Elementary School in Costa Mesa, Calif. She graduated from Northeastern and received a master’s degree in education with distinction from Vanguard University in Costa Mesa.

She is a daughter of Eunice Jennings Gambrill of Greenwich, Conn., and the late John L. Gambrill. The bride’s father was an editor for the The Journal News and The Herald Statesman, both part of Gannett Suburban Newspapers in Westchester County, N.Y. Her mother retired as the owner of an employment agency, bearing her name, in Port Chester, N.Y.

The bride’s grandfather, the late William M. Jennings, is a former president of the New York Rangers and a Hockey Hall of Fame inductee in 1975.

The groom, 33, is the director of finance at Westox Labs, a toxicology lab in Irvine, Calif. He graduated from Pepperdine, from which he also received an M.B.A.

He is a son of Susan Pitcairn Krotec and Dr. Joseph W. Krotec of Newtown Square, Pa. His father is the medical director of Theorem Clinical Research in King of Prussia, Pa.

The couple met in May 2016 through OkCupid.