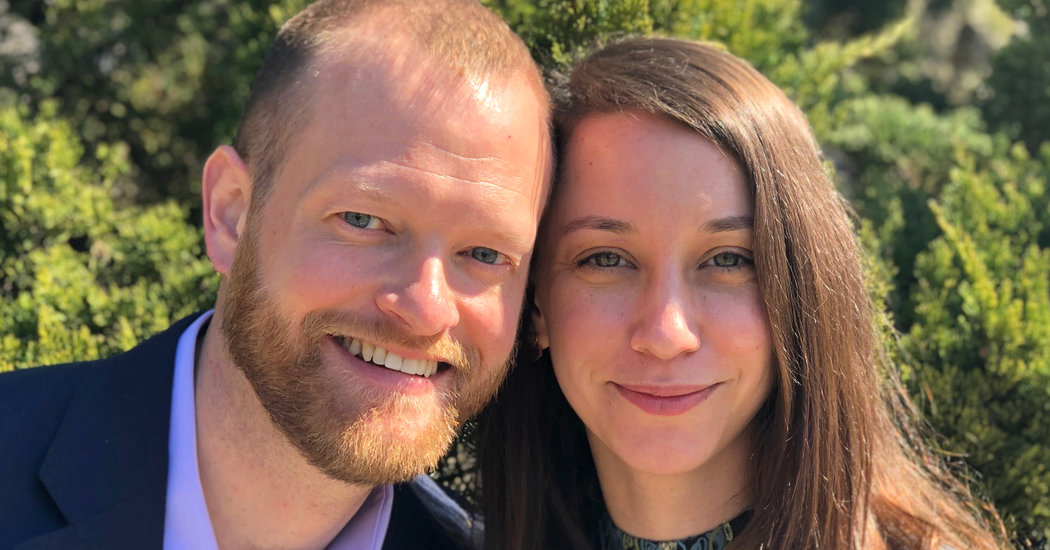 Sara Sean Rhodin and Tyler Andrew Lechtenberg were married March 16 in a self-uniting Quaker service at the Arch Street Quaker Meeting House in Philadelphia. Sarada Peri, a friend of the couple, led the ceremony.

The bride is a daughter of Cynthia C. Rhodin and William K. Rhodin of Newtown, Pa. Her father is a senior consultant in King of Prussia, Pa., at Walker Consultants, a parking design and consulting firm that consults to the parking garage industry. Her mother is a retail saleswoman at Newtown Book and Record Exchange, an independent book and record store.

Mr. Lechtenberg, 37, is the managing principal of Fenway Strategies, a speech-writing and communications firm in Washington. He previously worked on Barack Obama’s presidential campaign, starting as a field organizer for the 2008 Iowa caucuses and rising to senior presidential speechwriter during his two terms in the White House. The groom graduated from the University of Iowa.

The groom is a son of Deborah D. Lechtenberg and James J. Lechtenberg of Dundee, Iowa. His father is a corn and soybean farmer in Dundee. His mother is the retired postmaster of Lamont, Iowa.

The couple met in April 2017 at a restaurant in Washington.