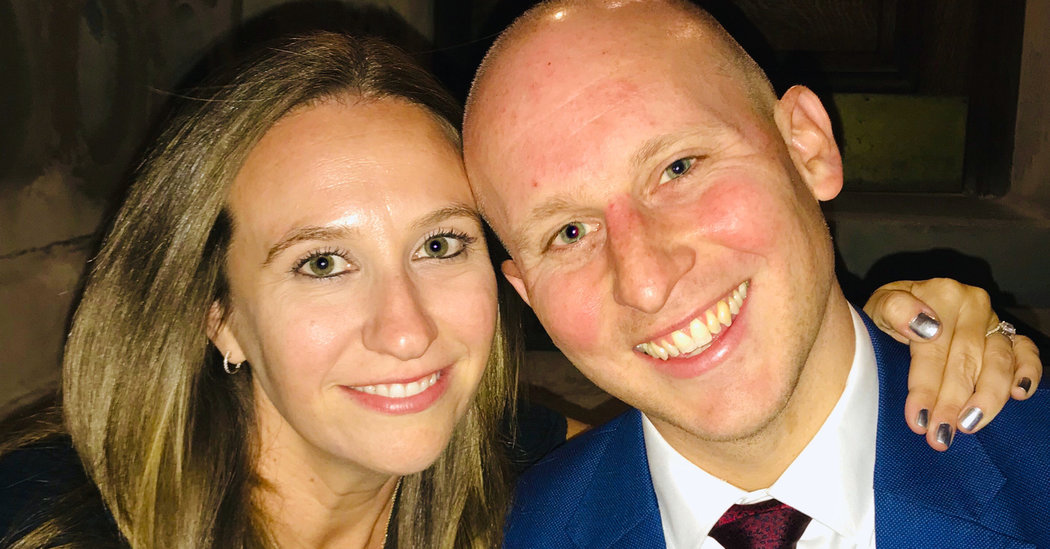 Molly Elizabeth Barnett and David Herman Larkin are to be married Nov. 10 at the Rusty Pelican, a restaurant in Key Biscayne, Fla. Rabbi Daniel Alder is to officiate, with Rabbi Karen Perolman to take part in the ceremony.

Ms. Barnett, 35, is a Broadway publicist in New York at Grapevine Public Relations, a company she co-founded in 2017 that represents clients that include the show “Dear Evan Hansen” and the singer Cyndi Lauper. She graduated from N.Y.U.

She is a daughter of Susan C. Barnett and Joel M. Barnett of Miami. The bride’s father is a founding partner in the law firm Waks & Barnett in Miami. Her mother is an event planner at her own firm, Eventures Special Event Productions in Miami.

Mr. Larkin, 35, is a lawyer for the law firm Gair, Gair, Conason, Rubinowitz, Bloom, Hershenhorn, Steigman & Mackauf in Manhattan. He graduated from the University of Michigan and received a law degree from Brooklyn Law School.

He is a son of Debbie D. Larkin and Ralph W. Larkin of Manhattan. The groom’s mother retired as an English teacher and the supervisor of conflict mediation from Murry Bergtraum High School in Manhattan. His father is a sociologist who specializes in mass shootings. He previously taught at Rutgers and the John Jay College of Criminal Justice, and is the author of “Comprehending Columbine.”

The couple initially connected in 2014 on the dating website OkCupid. But after three canceled dates blamed on their busy work schedules, they never met in person. They matched again in April 2017 on the dating app JSwipe and finally met.