Mini-Vows: Their Romance Began on a Rooftop 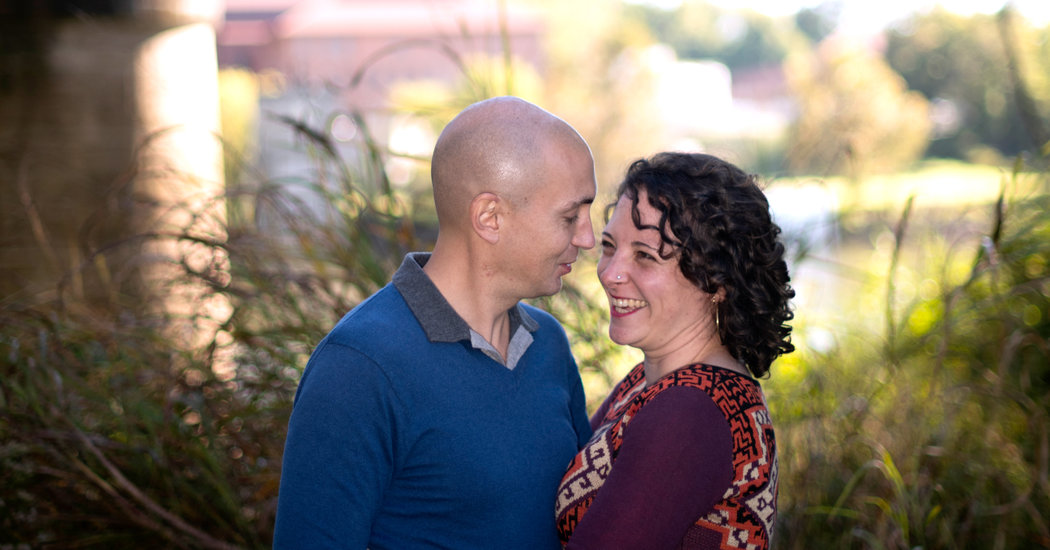 She is the daughter of Marcie Sheck Agee and David W. Agee of Henrico, Va. The bride’s father retired as a handyman in Oceanside, N.Y. Her mother retired as the bookkeeper for Long Island Lutheran Middle and High School in Brookville, N.Y.

He is a son of Patricia A. Mastrandrea and Vincent A. Mastrandrea of Villa Hills, Ky. The groom’s mother is a clinical project manager at LBR Regulatory and Clinical Consulting Services in Florence, Ky. His father retired as a customer service agent for Delta Air Lines at the Cincinnati/Northern Kentucky International Airport in Hebron, Ky.

Considering that the couple met in Malaysia, though both were born in New York and she was living in Taiwan at the time while he was on an extended international backpacking trip, it’s probably not that surprising that a geographic misunderstanding surfaced early in their relationship.

In 2013, their paths crossed at a hostel in Kuala Lumpur that is known for its rooftop bar and party atmosphere. She was on her way to Nepal for a hiking trip, and he was headed to Bali to celebrate his birthday. He told her he was from Cincinnati. She told him that she taught English to schoolchildren in Taipei.

“We had things in common — we’re both originally from Long Island, we have similar world views, we’re outward looking and really progressive, we like minimalist living, and are interested in politics,” she said, noting that the two stayed up until 3 or 4 in the morning talking. “There was just something about him that reminded me of New York, and of home.”

The two commenced a friendship through Facebook messages, and some weeks later, when she was back in Taipei, he suggested that he might visit Taiwan for a week or so.

“I was staying in a hostel for maybe five or six days,” he said, “and the assumption was that maybe I’d be staying in Taipei for a week or two. Ten days later or so, I moved into her apartment.”

The couple shared their first kiss on another rooftop, and he stayed for five months. She told people her boyfriend was from Ohio.

But then one day, she happened to look closely at his driver’s license, and saw that it was of Kentucky issue, not Ohio. And she suddenly found herself thinking that she had no idea who her boyfriend was. “I remember just standing in my bedroom saying, how am I going to react to this?”

A quick geography lesson and a little humility settled the matter.

“I didn’t know Kentucky was on the border with Cincinnati,” she said. “I had to look at a map of the United States!”

FacebookshareGoogle+sharePinterestpin it
Past Tense: Loss and Bravery: Intimate Snapshots From the First Decade of the AIDS CrisisAnd the Beat Goes On
Latest