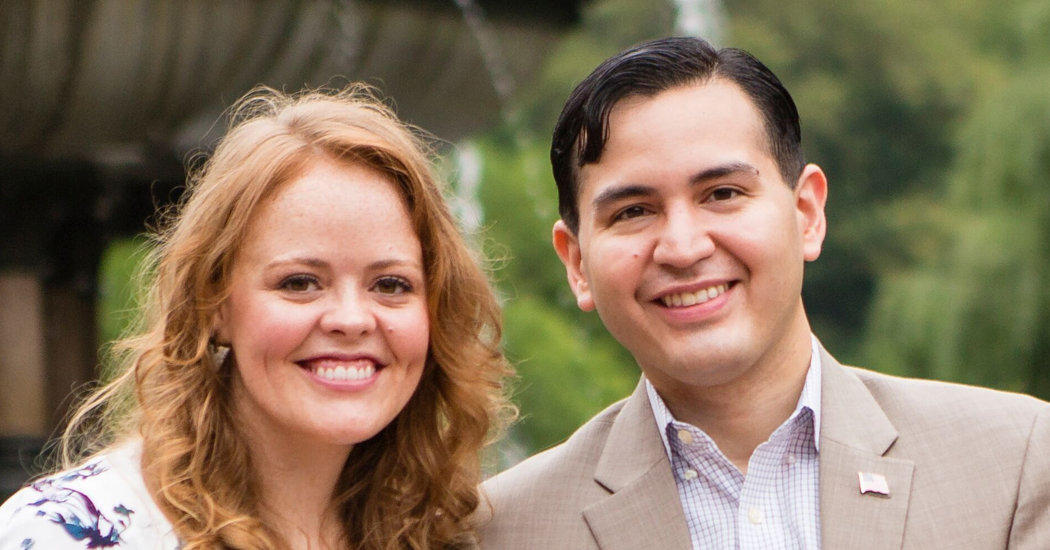 Later in the day, Elder Bruce R. Gunnell, a senior missionary in the Church of the Jesus Christ of Latter-day Saints, led the couple through an exchange of vows and rings in a ceremony at St. Clements Castle and Marina in Portland, Conn.

Mrs. Lopez, 29, is the compliance coordinator at Sotheby’s New York, the auction house. She graduated from Brigham Young and received a master’s degree in art business from the Sotheby’s Institute of Art in New York. In 2011-13, she served in a mission for the Church of Jesus Christ of Latter-day Saints in Milan, Italy.

She is a daughter of Melanie Forbes and Michael C. Forbes of Draper, Utah. Her father is a senior vice president and branch manager in Salt Lake City for the D.A. Davidson Wealth Management Group. Her mother was a stay-at-home parent and now is a volunteer host for visitors to Temple Square and the Church of Jesus Christ of Latter-day Saints in Salt Lake City.

Mr. Lopez Salazar, also 29, is the program coordinator for two undergraduate scholarship programs at Columbia. He graduated from Manhattanville College and received a master’s degree in Latin American studies from Columbia.

He is the son of Jacqueline Salazar Lopez and Angel E. Lopez of Stamford, Conn. The groom’s mother is a preschool teacher at Our Lady of Grace Preschool in Stamford, and is also residential sales agent at the Keller Williams Agency in Stamford. His father retired as an electrical engineer for product development at the Lex Products Corporation, a manufacturer of power distribution and control systems in Shelton, Conn.

The couple were introduced briefly at a Latter-day Saints church in New York in February 2018, shortly before Mr. Lopez was baptized into the congregation, and a few months later, the two matched on Mutual, a dating app for Latter-day Saints singles.