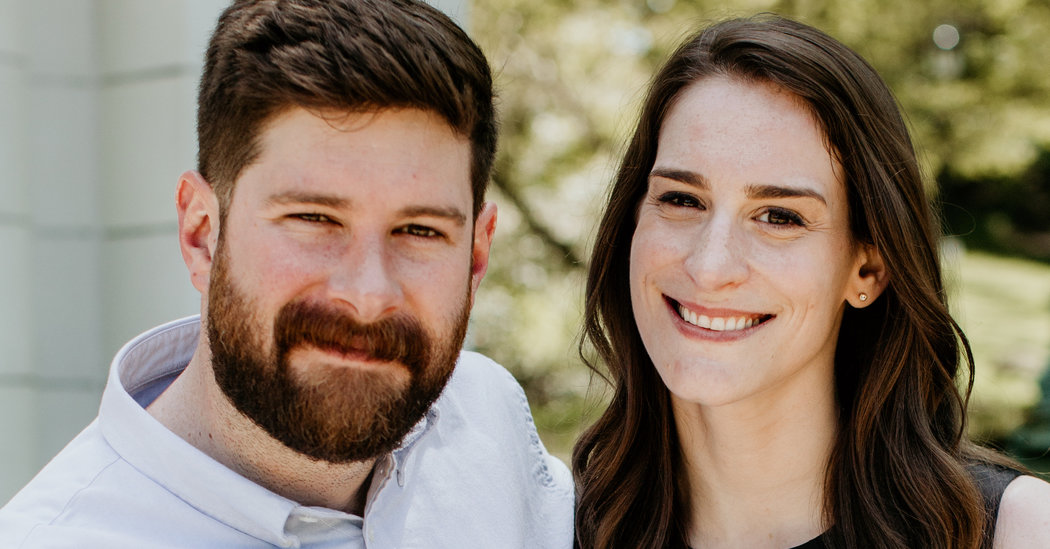 Madeline Patton Lazaris and Eric Behan Heinbockel were married June 8. John P. Racin, an uncle of the bride who became a Universal Life minister for this event, officiated at Brooklyn Botanic Garden.

The bride and groom both graduated from Columbia, but didn’t meet until 2011, when both attended an alumni event on the Intrepid in Manhattan.

Mrs. Heinbockel, 32, is an associate vice president and an account manager in the estates and appraisals department at Christie’s, the Manhattan auction house.

She is a daughter of Stephanie J. Racin and Nicholas G. Lazaris of Newton, Mass. The bride’s father retired as the president and chief executive of Keurig, the Burlington, Mass., company that developed the single-serve coffee brewing machine. Her mother retired as an estate-tax lawyer at Schlesinger & Buchbinder, a firm in Newton.

Mr. Heinbockel, 33, is a sales account executive for sportswear products, in Manhattan, for Nike, the sporting goods manufacturer.

He is a son of Ellen T. Behan-Heinbockel and Stephen C. Heinbockel of Moorestown, N.J. The groom’s mother, a nurse practitioner, is an adjunct professor at the University of Pennsylvania Nursing School in Philadelphia. His father also works for Nike, in Mount Laurel, N.J., as a business planner for sales.