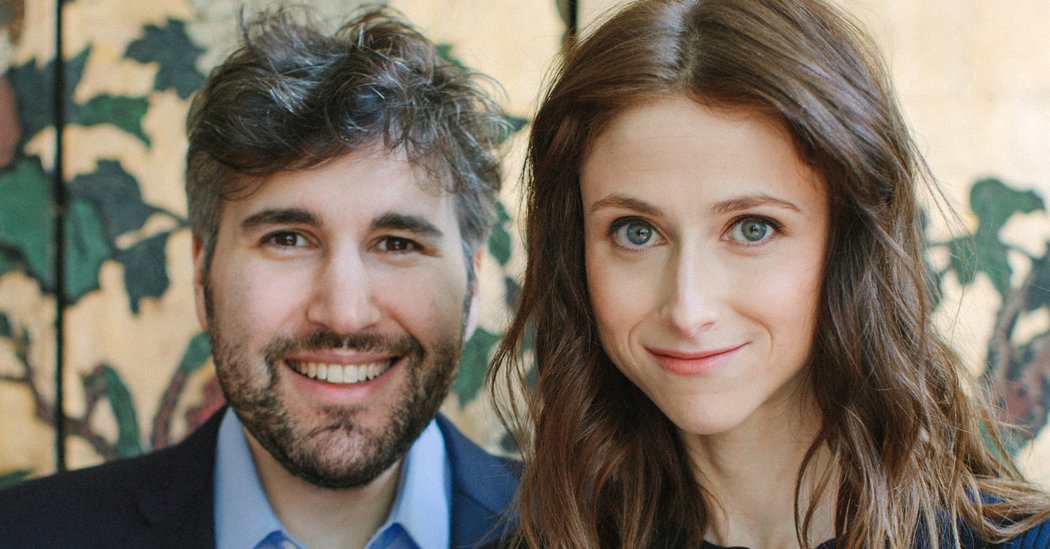 Juli Nicole Weiner and Michael Mendel Grynbaum were married March 23 at the National Arts Club in New York. Steven Chaiken, a friend of the couple who became a Universal Life minister for the event, officiated, with Simon Vozick-Levinson taking part in the ceremony.

The bride, 30, is a writer for HBO’s “Last Week Tonight With John Oliver,” for which she has won Emmy awards in the Outstanding Writing for a Variety Series category and Peabody Awards in the Entertainment Programming category. She graduated from Barnard College.

She is the daughter of Nansi Weiner and Dr. Bruce Weiner of Maple Glen, Pa. The bride’s father, a surgeon specializing in breast cancer, is the director of the Breast Health Center at Phoenixville Hospital in Phoenixville, Pa.

He is the son of Patricia Grynbaum and Joseph Grynbaum of West Hartford, Conn. The groom’s father is the owner of Mediation Resolution International, an engineering consulting and mediation firm in West Hartford. His mother retired as a special education paraprofessional in the West Hartford Public Schools.

The couple met in December 2009 after the groom, who admired the bride’s writing online, reached out to tell her as much.