Hoboken Was the Place to Call Home 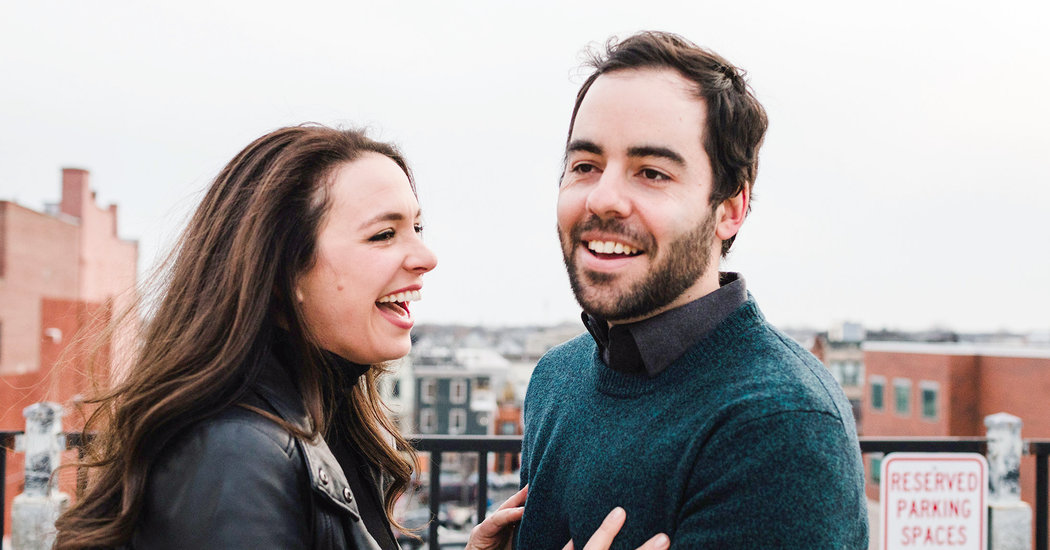 She is the daughter of Mary D. Quinlan and Michael D. Quinlan of Spring Lake. The bride’s father is an actor appearing in “The Last Jew of Boyle Heights,” an Off Broadway production at the Actors Temple Theater in New York. Her mother is the chief executive of Career Prep Consultants, which refines résumés.

The groom, also 31, is vice president for legal and regulatory affairs in the New York office of Sportradar US, a company based in Minneapolis that captures play-by-play data and delivers it in real time to companies in media, technology and fantasy sports. He hosts a weekly podcast, “The Business of Betting.”

He graduated from Deakin University in Australia and received a Master of Laws from St. John’s University.

He is a son of Mary B. Williams and Gregory D. Williams of Melbourne, Australia. The groom’s mother is a restaurateur in Melbourne. His father is a Melbourne-based property developer. He retired from the Australian Rules Football League, from which he twice won the Most Valuable Player Award. He was elected to the sport’s Hall of Fame in 2001.

The couple met on Tinder in September 2014. At the time of their meeting, Mr. Williams was studying for a law degree at St. John’s, and Ms. Quinlan was already working at JPMorgan and living in Hoboken, N.J.

“He was very handsome and extremely quick-witted,” Ms. Quinlan said. “And an Australian accent never hurt anyone.”

Three weeks later, they went on a first date, to a Mexican restaurant in New York.

“I’m the type of person who talks a lot and Jacob is very low key,” Ms. Quinlan said. “So there we were on our first date, and I was just going on and on and Jacob couldn’t get a word in edgewise, but when he finally did, he asked about me.”

They soon dated steadily, and Mr. Williams began to realize “two things about Maggie,” as he put it. “She had a very vivacious and effervescent personality,” he said. “She was always smiling and always very generous.”

The following month, Mr. Williams joined Ms. Quinlan for a Thanksgiving dinner at her family’s home in Montclair, N.J. “We don’t have Thanksgiving in Australia, so all of this business about turkey and getting together with family felt pretty much like Christmas all over again,” Mr. Williams said.

In January 2015, the couple embarked on a long-distance relationship that “made it feel, geographically, like the whole world was between us,” Ms. Quinlan said.

Mr. Williams spent the first five months of 2015 in the Cayman Islands on an internship as part of his master’s program at St. John’s. Ms. Quinlan visited him once while he was there, and he returned the favor. In July 2015, Mr. Williams got his job at Sportradar US, but began working in its Munich offices. He was there for 14 months, during which time he and Ms. Quinlan visited each other twice, and also squeezed in a trip to Melbourne, where Ms. Quinlan met Mr. Williams’s family.

“They just loved her,” he said.

In September 2016, Mr. Williams transferred to his company’s New York office. “We had always kept this sense of optimism that we would one day be together again,” he said. “Then finally, when it all came together, I decided it was best to move in with Maggie in Hoboken.”

Ms. Quinlan began learning a few things about Mr. Williams. “He enjoys doing most of the cooking and cleaning, and he almost never loses his patience,” she said.

FacebookshareGoogle+sharePinterestpin it
Youths! Go Listen to Your Elders!Medical News Today: Why scientists are searching the ocean for new drugs
Latest