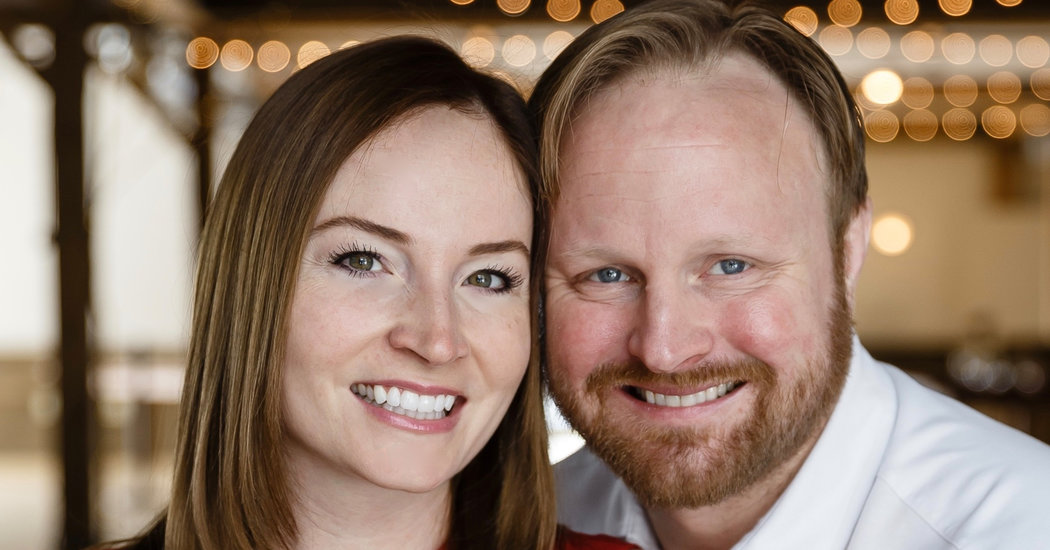 Ashley Kathryn Puscas and Gregory Ryan Hildebrand were married Oct. 5 in Killington, Vt. Canon Lee Alison Crawford performed the ceremony at the Church of Our Saviour, where she is the vicar, with Victor E. Puscas Jr., an uncle of the bride who is a Roman Catholic deacon, taking part.

Mrs. Hildebrand, 32, is a claims specialist in New York at Nationwide Mutual Insurance Company. She graduated from the University of Texas and received a law degree from Pepperdine.

She is the daughter of Cathy M. Puscas and Louis J. Puscas of Aurora, Ill. The bride’s father retired as a lieutenant in the Aurora Police Department. Her mother is a kindergarten teacher at St. Irene School, a Roman Catholic primary school in Warrenville, Ill.

Mr. Hildebrand, 42, is a financial consultant in the New York office of the Huron Consulting Group. He graduated from the College of William & Mary.

He is a son of Donna C. Hildebrand and Robert C. Hildebrand of Melbourne, Fla. The groom’s mother is a lay caregiving minister for congregants at Eastminster Presbyterian Church in Indialantic, Fla. His father is a satellite and intelligence systems scientist in the Palm Bay, Fla., office at the L3 Harris Corporation, a maker of secure communications equipment.

The couple met in 2015, at a Halloween fund-raiser in New York, and after being friends for a couple of years, the bride said she started looking at him differently. “Once we started dating, it was as easy as breathing,” she said. “He took me out to dinner and we went to a nude drawing class — where the model was nude, not us — and then to a concert and then he kissed me, and it went from there.”