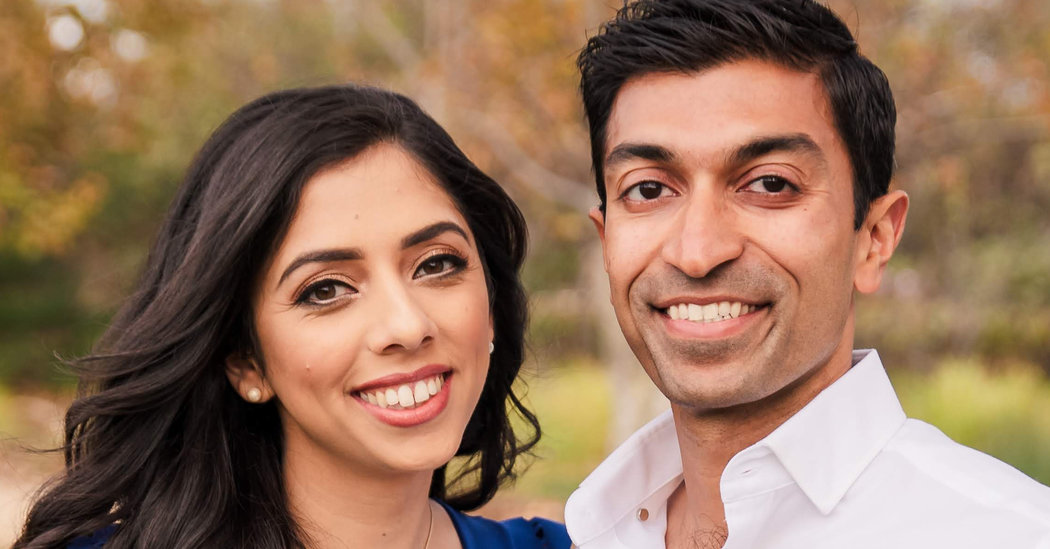 The bride, 33, is a director of business development at Credit Karma, a financial technology company in San Francisco. She graduated from Georgetown and received an M.B.A. from Harvard.

She is the daughter of Yeshma Hinduja and Manu Hinduja of Huntington Beach.

The groom, 32, is an emergency medicine physician at Kaiser Permanente in San Francisco. He graduated from the University of Illinois at Chicago and received a medical degree from Northwestern.

He is the son of Tessy A. Joseph and Abraham K. Joseph of Burr Ridge, Ill.

The couple met in November 2013 in Boston while the bride was completing her M.B.A. program and the groom was completing his residency at Massachusetts General Hospital.