After 25 Years, They’re Making it Official 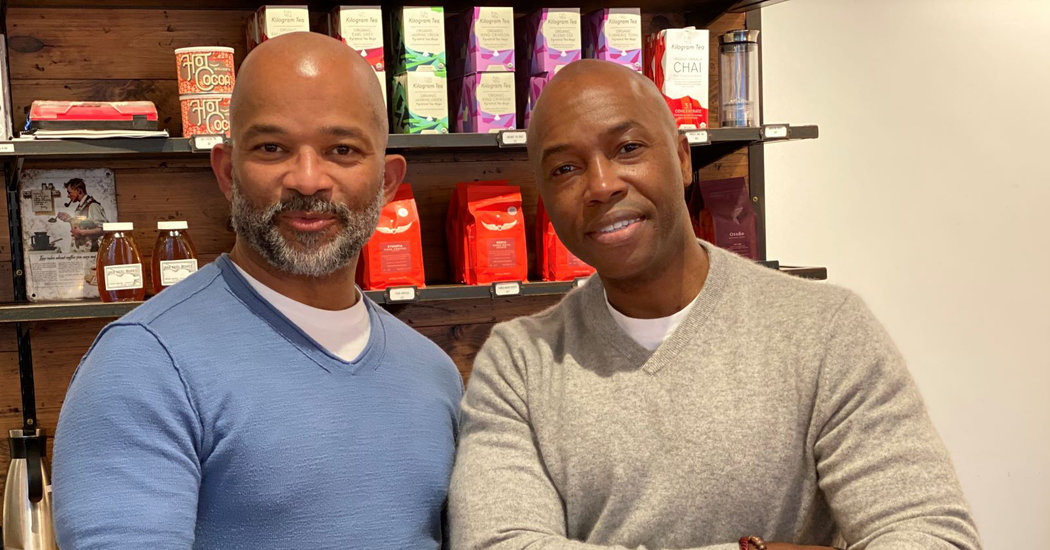 Dr. Johnnie Augustus Lee and Darryl Anthony Branch were married Nov. 2 at the Park Savoy Estate, an events space in Florham Park, N.J. The Rev. George B. Walker, a United Church of Christ minister and a friend of the couple, officiated.

Dr. Lee (left), 56, an internist, is the clinical leader in the internal medicine portfolio of the established products division at Janssen Pharmaceuticals in Raritan, N.J. He graduated from the University of North Carolina at Chapel Hill, from which he also received a master’s degree in public health and a medical degree.

He is a son of Susie Lee and Johnnie Lee Jr. of Garysburg, N.C.

Mr. Branch, 55, works in New York as a vice president for consumer and community banking at JPMorgan Chase Bank. He graduated from Florida A&M University and received an M.B.A. from the University of Phoenix.

He is a son of Classie Branch and Joe Branch Jr. of Madison, Fla.

Dr. Lee called Mr. Branch in October 1994 after a mutual friend, Ian Barrett insisted they get to know each other even though they lived two hours apart — Dr. Lee in Norfolk, Va., and Mr. Branch in Rocky Mount, N.C.

“We were very busy,” Dr. Lee said, but their friend would not let up. After Dr. Lee finally called Mr. Branch a couple of months later, he was put off by Mr. Branch’s recorded message, and hung up.

“I was pretty arrogant,” said Mr. Branch, who recalled the message went something like, “This is your opportunity. Make the best of it. Leave a message.”

Their mutual friend urged Dr. Lee to get past it, and so a couple of days later he left a message.

“I wasn’t looking for any romantic interest,” he said.

Their first conversation lasted two hours, and soon they were calling each other at least every other day. In early December 1994, Dr. Lee invited Mr. Branch to Norfolk for dinner, and then to a holiday party.

“Are you coming to the next party,’’ Dr. Lee recalled a guest blurting out to Mr. Branch, which prompted Dr. Lee’s on-the-spot invitation. ”

The next day, Mr. Branch, after rearranging his schedule, accepted the invitation. Over the next three years they saw each other three weekends a month, usually skipping the one when Dr. Lee was on call. As the relationship unfolded, they would often send cards to each other signed, “agape.”

In 1996 when Mr. Branch got a job in Stamford, Conn., he started shopping around for a condo. Soon Dr. Lee came up with a better idea. “I’m moving with you, said Dr. Lee, who asked him to look for a house instead, and then landed a job at a medical practice based in Valhalla, N.Y.

Over the years, they have lived in Connecticut twice, North Carolina, Indiana and now, New Jersey. They have traveled all over the United States, Europe and Latin America, with Barcelona, Spain, being their favorite place. They became yearly regulars at the Miami Open tennis tournament; their attendance began as a birthday gift from Dr. Lee to Mr. Branch more than 20 years ago.

“Over time I realized both financial and legal advantages to getting married,” Dr. Lee said.

In August 2018, Dr. Lee proposed at Taka, a sushi place in Asbury Park, N.J., and their favorite restaurant, where they spend Friday date nights.

“I had them prepare a dessert,’’ Dr. Lee said, “a green tea cheesecake. Written on the plate in chocolate was “DAB, Will you marry me? JAL.”