The Newest Tech on Cruise Ships 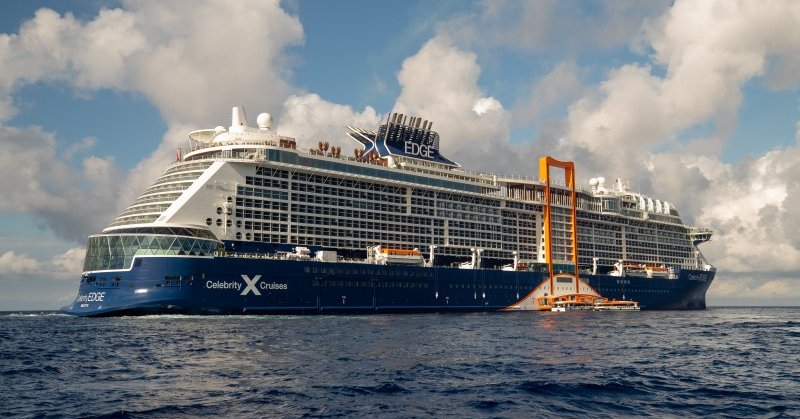 People who work on cruises often describe ships as “cities at sea,” but cities usually have speedy Wi-Fi, food delivery services you can summon on your phone, and homes with voice-activated assistants like Alexa, Siri and Google to answer questions and provide information.

Now, cruise companies, realizing that an expectation that people disconnect from their technology is a big ask, are getting in the tech game. Beyond providing fast Wi-Fi onboard, many of these companies have developed technology to make people feel like they are at home while traveling and have integrated new tools and apps into the cruise experience. The new features make it easier for guests to get on board and enjoy their sailing, while also making it easier for the crew to keep things moving swiftly.

“Technology is impacting every element of the cruise experience, making it faster, easier and more fun,” said Emma Le Teace, who runs the blog Cruising Isn’t Just For Old People. “Most cruise lines now offer downloadable apps which really allow cruisers to tailor the cruise experience to them.”

Goodbye to the cruise card

For decades, to function on a cruise, guests had to carry a card to pay for meals, access rooms and do just about anything else. In October, Carnival unveiled the Sky Princess, the company’s first ship built specifically to support the company’s Ocean Medallion technology. The ocean medallion is a circular pendant, the size of a quarter, that guests on ships like the Sky Princess can wear as a bracelet or necklace, or keep in a pocket. The idea is to always have the medallion, without having to think about it.

The medallion doesn’t need to be charged or turned on. But it can unlock a stateroom door when guests approach. Guests can use the medallion to pay for meals and to settle bills through an app downloaded to their phones.

How it works: A few weeks before their cruise, guests receive the medallion in the mail. They can go online to upload all their information and download the apps they’d like to use onboard. Many of the apps mimic familiar ones like Netflix and Uber Eats and are meant to make cruising more convenient. Guests who don’t get the medallion ahead of time can get it on the ship.

The medallion’s Ocean Compass lets people track their friends and family on their phones, a feature John Padgett, chief experience and innovation officer for Carnival Corp., said has been popular among parents.

“All that anxiety instantly disappears because one thing you can do is connect with your friends and family and know where they are, and you can navigate to where they are,” Mr. Padgett said. “It allows the first day or two to be more productive. Instead of discovering where you are and where things are, you can get right to enjoying things.”

Take a selfie and get onboard faster

The Celebrity Edge, which made its debut in December, has been hailed “the best new ship” and received a great deal of attention for its magic carpet: a cantilevered structure that moves up and down 15 decks and transforms into a formal restaurant, a poolside bar and a debarkation area that hovers a few feet above the water.

But Celebrity’s app is also new. Guests on the Edge can upload a selfie to the app, and the company’s facial recognition software will automatically check them into the cruise, allowing them to bypass long check-in lines. Cruisers can see their itinerary, and link their reservations with other guests’ to make plans together onboard. The app also allows passengers to see entertainment and dining options, and information about activities on the ship. Guests can open their doors and adjust the thermostat in their rooms through the app. These functions will also be available on the Apex, a Celebrity ship setting sail in April 2020.

Check-in via selfie is also available on the app for Celebrity’s parent company, Royal Caribbean. Royal Caribbean says the function allows guests to get from “car to bar” in 10 minutes. On Royal Caribbean’s Oasis of the Seas, which just underwent a $165 million upgrade, guests can use an in-app remote for their TVs and use the app to unlock their stateroom doors.

People attached to voice apps like Google, Siri and Alexa who book a cruise on MSC’s newest ships, the Bellissima and the Grandiosa, can ask an onboard voice-activated system called Zoe for all sorts of guidance.

“People don’t want to sacrifice their life on land when they are at sea,” said Chris Gray Faust, managing editor of Cruise Critic, the world’s largest cruise review site. “Alexa and Siri are so integral to how we’re living and cruise lines are addressing that.”

Zoe, available in all staterooms, is programmed to answer some 800 questions about excursions or onboard restaurants and will be able to communicate in seven languages. Zoe will also be on the Virtuosa, which sets sail in November 2020.

When the Scarlet Lady, Virgin Voyages’ first cruise ship, sets sail next year, its guests, called “sailors,” will be able to download an app to order meals, book exercise classes and track their friends onboard. It will also allow passengers to shake their phones for champagne.

Give your phone a shake and a champagne button will appear and, with one tap, you can get a bottle of Möet & Chandon Imperial delivered to wherever you are on the ship.

“It is never too early for champagne and there is always something to toast to while aboard Scarlet Lady,” Tom McAlpin, chief executive of Virgin Voyages, said.

The ship will use something called Climeon technology, which converts heat from the ship’s engines into electricity, reducing how much fuel is needed to power the ship. The Scarlet Lady will have six Climeon units, which together have the capacity to power the equivalent of up to 750 households.

Norwegian Encore, Norwegian Cruise Line’s newest ship, was launched this month, with a 10,000-square foot gaming and virtual reality complex. The game center includes a virtual-reality racing experience in a retrofitted GT car, and an escape room challenge, where guests participate in a series of interactive and augmented reality activities.