New Strawberry-Flavored H.I.V. Drugs for Babies Are Offered at $1 a Day 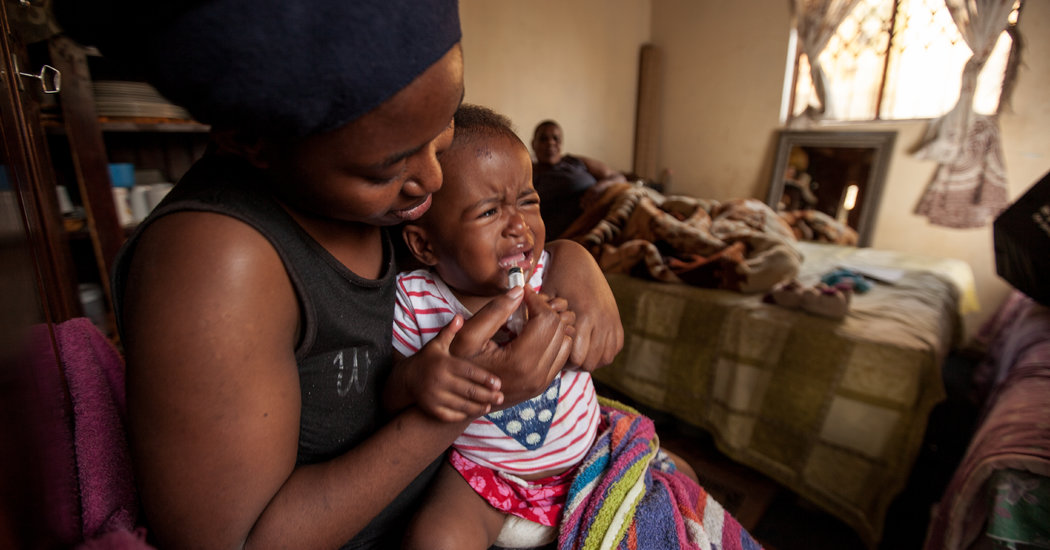 About 80,000 babies and toddlers die of AIDS each year, mostly in Africa, in part because their medicines come in hard pills or bitter syrups that are very difficult for small children to swallow or keep down.

But on Friday, the Indian generic drug manufacturer Cipla announced a new, more palatable pediatric formulation. The new drug, called Quadrimune, comes in strawberry-flavored granules the size of grains of sugar that can be mixed with milk or sprinkled on baby cereal. Experts said it could save the lives of thousands of children each year.

“This is excellent news for all children living with H.I.V.,” said Winnie Byanyima, the new executive director of UNAIDS, the United Nations agency in charge of the fight against the disease. “We have been eagerly waiting for child-friendly medicines that are easy to use and good to taste.”

Cipla revolutionized the provision of AIDS drugs for adults almost two decades ago, pricing them at $1 a day. The new pediatric formulation will likewise be priced at $1 a day. The announcement by Cipla and the Drugs for Neglected Diseases Initiative, an offshoot of Doctors Without Borders that supported the development of the drug, was timed to coincide with World AIDS Day, which is Sunday.

Despite big advances in the prevention of mother-child transmission of H.I.V., about 160,000 children are still born infected each year, according to UNAIDS, mostly in the poorest towns and villages of Africa. Almost half of them die before the age of 2, usually because they have no access to drugs or cannot tolerate them.

Quadrimune is still under review by the Food and Drug Administration, and F.D.A. approval almost inevitably leads to rapid certification by the World Health Organization. The company hopes to get a decision by May.

Trials in healthy adults showed that the new formulation gets the drugs into the blood; the four drugs in it were approved in the 1990s and are used in many combinations.

A clinical trial in H.I.V.-infected infants, run by Epicentre, the research arm of Doctors Without Borders, is now underway in Uganda to prove to African health ministries that children accept the new formulation. Most of the research costs have been paid by UNITAID, a Geneva-based organization set up by​ France, Norway, Brazil and some other countries ​which imposed special taxes on airline flights that are dedicated to ​bettering​ global health.

Currently, the most common pediatric drug combination includes a syrup that is 40 percent alcohol, has a bitter metallic taste that lingers for hours and must be transported in cold trucks and then kept in a refrigerator — something that many poor rural families do not own.

“Some families try to bury it in wet sand or dirt to keep it cool,” said Dr. Bernard Pécoul, executive director of the neglected diseases initiative. “And the children are vomiting it on a regular basis.”

Moreover, each drug must be squirted into a child’s mouth with a separate syringe, so a mother must have up to four syringes on hand and clean them for each subsequent use. Children generally have to take the medicines twice a day for the first four years of life. When liquid versions are unavailable, some pills cannot be crushed and mixed in juice; they must be swallowed whole.

In contrast, Quadrimune contains four H.I.V. drugs: ritonavir, lopinavir, abacavir and lamivudine. The granules are coated first in a polymer that doesn’t melt until it reaches the stomach, and then with sweet, fruity flavoring.

Dr. Kogie Naidoo, who heads treatment research at Caprisa, an AIDS treatment and research group based in Durban, South Africa, who was not involved in Quadrimune’s development, said the new formulation could solve many problems she and her colleagues encounter while treating children.

Cipla, founded in 1935, was the first generic drug company to offer H.I.V. drugs in Africa. In 2001, its chairman, Yusuf K. Hamied, upended the global pharmaceutical industry by offering to supply a three-drug cocktail to Doctors Without Borders for $1 a day.

At the time, multinational drug companies were charging up to $15,000 for their regimens and refusing to lower prices except in secret negotiations with a few countries and were working to block generic competitors from the market. An estimated 25 million Africans were then infected and thousands were dying every day. (The industry was also suing South Africa’s president, Nelson Mandela, over a law he had signed authorizing the government to cancel drug patents and award them to generic makers.)

But he said he acceded to requests from AIDS activists for the $1 a day price to deliver a shock to his Western competitors and because such a nice round figure was likely to make headlines (a gambit he is clearly repeating now).

In the decades since, increased generic competition has driven the price of triple therapy in poor countries to below $100 a year.

“Over the past 20 years, Cipla has pioneered fixed-dose combinations for children and I do believe our Quadrimune could be a winner,” Dr. Hamied said in an interview this week.

Because all four drugs in the formulation are older and no longer patented, Cipla might eventually offer it in wealthy countries too, he said. But that market is quite small because most pregnant women in the West are tested for H.I.V. and immediately put on antiretroviral drugs, which reduces to near zero the chances that they will infect their babies in the womb, during birth or through breastfeeding.

The $1 a day price is for Quadrimune doses appropriate for children of between 20 and 30 pounds, he noted, so the cost for newborns would be even lower.

Paradoxically, treating infants with H.I.V. has actually become harder in recent years than it was two decades ago.

But they contained nevirapine, a drug that in those days was often given to pregnant women to prevent mother-child transmission. As a result, many babies were born with nevirapine-resistant forms of the virus, and the efficacy of pediatric Triomune fell by about half, Dr. Pécoul said.

Some nevirapine substitutes that work in adults do not work well in children, and the combination that does work has the bitter taste.

Nowadays, many pediatric H.I.V. specialists are frustrated that they cannot prescribe some of the newest drugs, such as tenofovir and dolutegravir, because there is little or no data on how safe they are in small children. The major drugmakers have little incentive to test their products in children because there are so few customers who can pay high prices.

If a child’s virus develops resistance to any regimen, a new one must be tried, so more research is needed, said Dr. Naidoo, the AIDS researcher in Durban.

But by any measure, she said, Cipla’s new, gentler formulation for children is a major advance: “This is indeed great news for treating pediatric H.I.V.”