Can’t Afford a Shopping Spree at Cartier? This Book Is the Next Best Thing 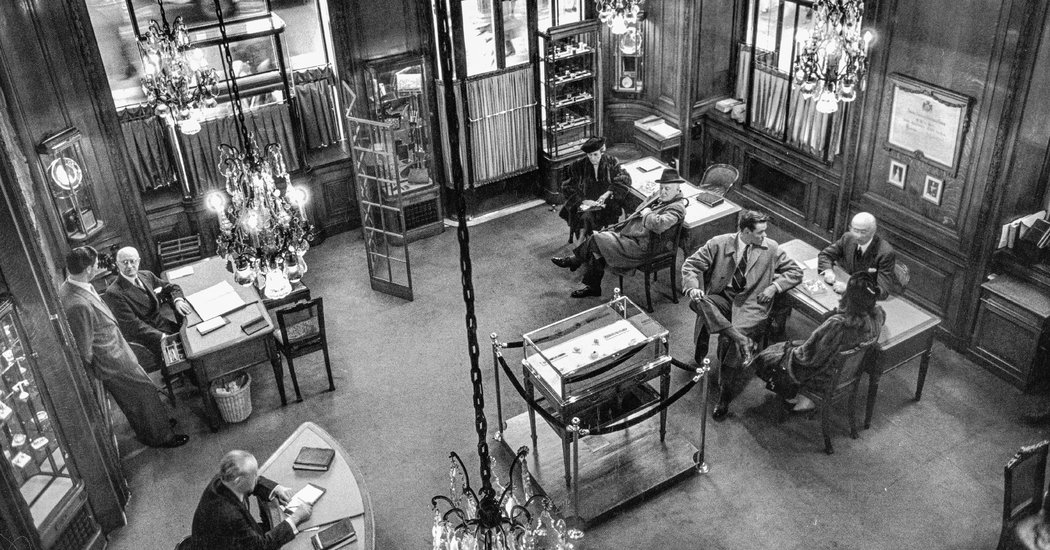 “Family came first,” Francesca Cartier Brickell’s grandfather tells her of the family’s jewelry empire. Although the Cartier family retained the business for four generations, the author didn’t grow up steeped in its history. She wasn’t even particularly interested until she came across a trunk of letters in her grandfather’s wine cellar. Their ensuing conversations led to what is as much a tribute to a bygone era as a thorough account of modern luxury.

While Cartier is now a fixture in every major city, a synonym for international panache, its origins were modest. The author’s great-great-great-grandfather, working-class Louis-François Cartier, founded his eponymous company in 1847. Through a combination of industry, shrewdness, and sheer luck, he managed to transform his small shop into a fashionable destination: no small task in an era of civil unrest and regime change.

Thriving in the fickle fine jewelry market required finesse, and Brickell highlights the complementary skills different members of the close-knit Cartier clan brought to their ever-shifting business: innovative design, meticulous craftsmanship, an early appreciation for the power of public relations, and a keen eye for spotting counterfeit stones. Early on, Cartier also, crucially, developed a reputation as an honest and reliable dealer when droves of aristocrats were hocking their jewels following the Franco-Prussian War.

In the process, the Cartier family improved its own social standing in the merchant class, arranging marriages among other prominent jewelry and fashion houses. (The Faberges, Van Cleefs and Arpels were all family friends.) By its third generation, Cartier had established its three “temples” in Paris, New York and London, and were designated as “King of Jewelers and Jeweler of Kings” by their regular customer Edward VII.

Discretion was paramount, as was appropriate for a jeweler to the elite — and, later, the stars. Cartier managed the tricky balancing act of maintaining its clientele’s privacy while still capitalizing on its influential patronage. They did careful research on their customers (paying close attention to the vicissitudes of society marriages), noting individual tastes and earning trust in return. Brickell’s grandfather Jean-Jacques Cartier recalls:“Instead of there just being a client card for the man who was buying the jewels, there would be separate cards for the recipients, too. The idea was that the salesman would avoid slip-ups that way.” Jackie Kennedy, Marilyn Monroe and Maria Callas shared an affinity for Cartier; at the height of its prestige, the jewelry worked with everyone from the Maharaja to Jean Cocteau to the Academie Française.

The pieces themselves became icons in their own right: the sleek Tank watch became a discreet marker of social status;” the whimsical semiprecious brooches lent visibility by Wallis Simpson; the pink diamonds worn by a young Queen Elizabeth. Cartier began primarily as a supplier to larger jewelers but — largely due to the legendary artistic director Jeanne Toussaint — its imaginative aesthetic was distinctive by the 20th century. Part of the book’s fun is watching the firm adapt to changing tastes — for instance, resetting Imperial Russian jewels to suit the Art Deco tastes of the 1920s, or the bandeaux Cartier created to complement newly shingled hair. But this is also a story of the invention of the modern luxury canon.

As any reader of Tolstoy or binger of “Succession” can tell you, family business isn’t easy. The Cartiers’ cohesion had seen the company through two world wars, the Great Depression and a century of changing tastes, but eventually four generations of different personalities and approaches took a toll. The same discretion and personal touch that had helped the company endure — what a contemporary newspaper termed “the traditional reserve of a society jeweler” — were eclipsed by the midcentury advertising prowess of brands like De Beers and Tiffany. After 115 years, Cartier was sold to a syndicate.

The author tells us that her grandfather was initially reluctant to discuss Cartier’s early history: He was ashamed that it was his generation that had failed to keep the company in the family. But he gradually embraced the project, and his accounts are the beating heart of “The Cartiers,” elevating this from a company story to a human story — one even the unadorned will read with pleasure.