Work Friend: You Work With Liars! 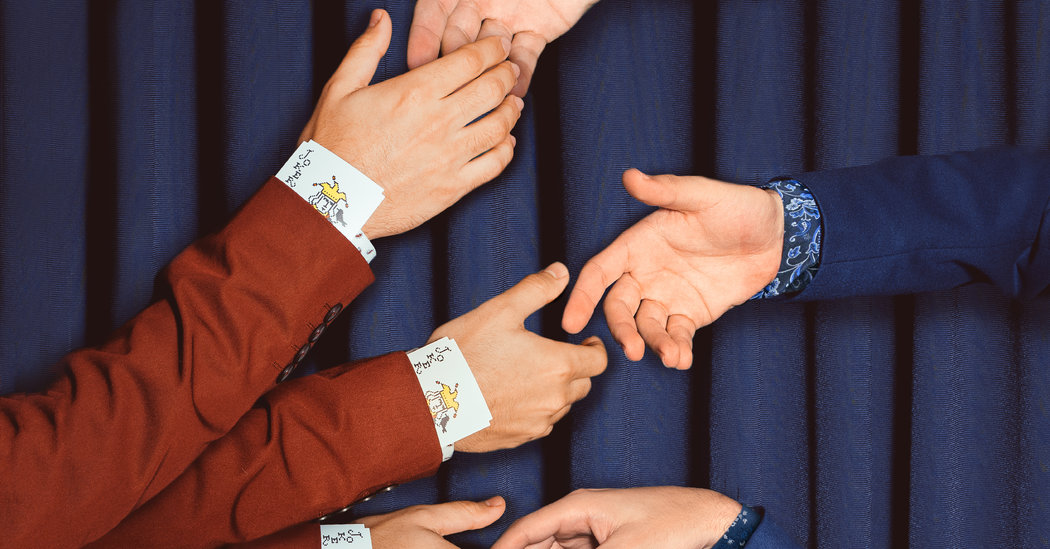 I am in a contract position and have been increasingly asked to do the duties of our workplace con artist. He is never in the office and consistently makes up stories. My first day, he insisted he was related to the Beale sisters by saying he was so poor that he had to eat cat food with them at Grey Gardens. Last week, I found out that his current name is made up. He told a co-worker that he doesn’t have a birth certificate because he was born in Spain. (He was born in Alabama.)

As I will not receive a full-time position at this job, even though I am doing my work and the work of a full-time employee, can I expose him? Or should I not care?

There are three big kinds of workplace liars:

I work in a major metropolitan prosecutor’s office and am struggling with the atmosphere, which is distracting and chaotic. My co-workers are nice people but do remarkably little work and spend over half of their day on their cellphones or talking/screaming about sports. For large swaths of the day, it is impossible to read, write or speak on the phone. As if this isn’t enough, my co-workers hardly ever work a full week. People are constantly sneaking out early or calling out without warning, forcing me to do tasks that I never signed up for.

Despite these obvious issues, my supervisors seem oblivious. I like the organization, but I think this team and my boss are unequipped for this type of work. I’ve considered going to H.R., but the team is so small it would be obvious that I blew the whistle. (As for my telecommuting, there’s a bias against that, despite the fact that my boss does it once a week.)

The No. 1 trend in this advice column’s inbox is “men are disgusting.” Accurate! Also, and relatedly, the No. 2 trend is “I can’t go to HR because everyone will know.” What does … HR do all day while we refuse to talk to them? Can you imagine the employment boom if everyone started telling HR about all the sad garbage that is going on?

Your workplace culture isn’t fixable until your boss gets fired. You should embark on a subtle political campaign to expose and humiliate the office in the media and get him axed. If you read that sentence, somehow our legal department is going to let us print that! Alternatively, get a new job.

Take Me With U

I work for a smaller ($20 million revenue annually) company in a smaller community (roughly 90,000 residents). I wear multiple hats. I have routinely saved the company tens, if not hundreds, of thousands of dollars negotiating contracts.

After researching the national average for other purchasing managers, I realized I am paid less than half of the low-end average of other people with my responsibilities. The company I work for does a lot of “fun” things for its employees — weekly meals, sponsoring intramural sports teams for its employees — yet does not actively support its workers with offering a comparable, and sustainable, living wage.

As someone with a high level of responsibility — I could literally shut the company down in less than a week by slacking on my job, were I a spiteful person — yet with no positive feedback from the “powers-that-be,” when and how do I communicate that they are getting far more than they are paying for?

My personal beliefs require me to do my job the best I possibly can, but as a result of this mind-set, I am continually being taken advantage of. I’m over it!

In America we like to spin a myth about the workplace as family. We expect our workplaces to parent us a little, despite any and all evidence that they are not designed to care for us.

But there is a friendly and proper process to start conversations about pay. It would help you to adapt what you’ve written here — then remove resentment and passive aggression. Your points should be:

Then you sit there quietly.

When they make some vague noise about getting back to you, say “That’s great, thank you. When could I expect to hear from you?”

Then, you should thank them and leave.

This transaction is about one thing: getting you more money. Unfortunately, this is where things get hinky. Good family members don’t talk about money and they don’t ask for raises. So there is a significant chance that you’ve triggered some gross feelings. Employer feelings are not your problem, until they are.

Here is where we must talk about the ugly truth of negotiating leverage. If our president has taught us one thing, it’s that you certainly can lie and bluff in a negotiation and still have a positive outcome. But you can also lose. And when it’s your livelihood in a small town, you should try to develop a reasonable alternative to your current position. This other possible life — another job, or retirement, or relocation — is not for you to reveal to your employer. It is, for this stage, for you to have and to hold as you smoothly and elegantly sail through this reassessment of your salary. Because if things go wrong, you won’t have time to develop that alternative later.

Choire Sicha is the Styles editor of The Times. Can you please stump him with a hard question? Write in today at workfriend@nytimes.com!

FacebookshareGoogle+sharePinterestpin it
10 ways to boost libidoVows: For Couple With Moebius Syndrome, Love Is Expressed From the Heart
Latest