update: Walk Past Those Limp Salads: Real Food Is Now Available by Gate 6. 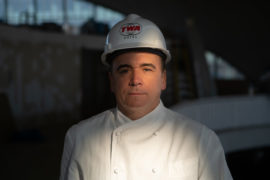 Airport food has long conjured images of limp, overpriced Caesar salads and refrigerator-case turkey wraps. But as terminals across the country modernize, and the demand for local food grows, the number of destination-worthy airport outposts offering food you’ll want to eat has been steadily growing.

“When we were first approached about this, my knee-jerk reaction was, ‘Never!’” said Ms. Prueitt, citing concerns about quality control. “But I started thinking about who we could collaborate with, how we could effectively translate our food to this environment. That made it a much more interesting venture.”

Historic Terminal at Kennedy Airport Will Have Fine Dining by Vongerichten 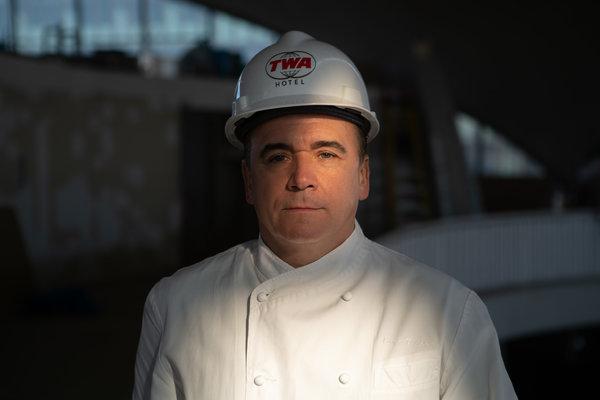 Airport Meals That Are, Yes, Healthy 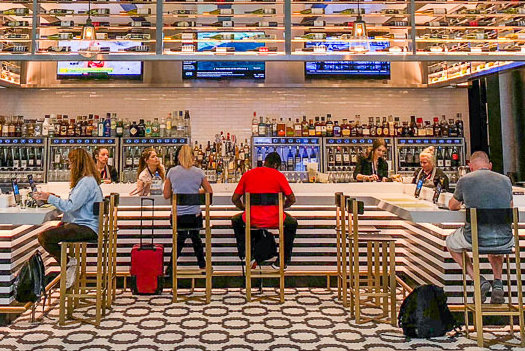 What the Chef Rick Bayless Can’t Travel Without 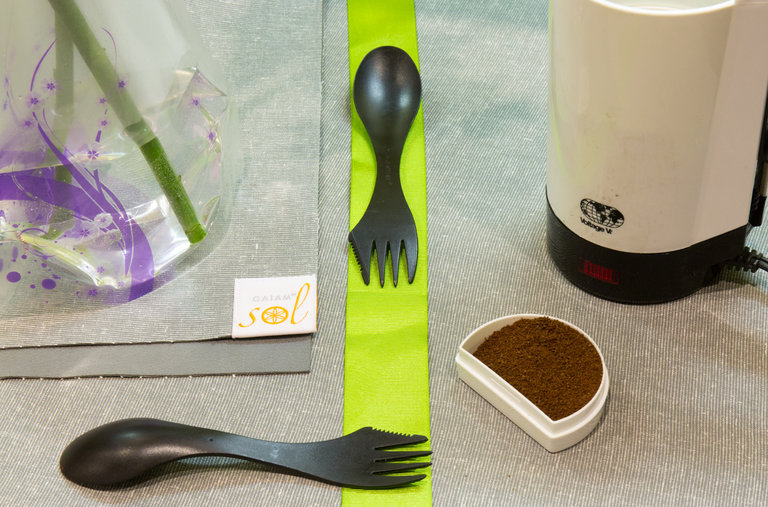 Opening a restaurant anywhere is difficult. Opening in the airport is a whole new level of hard: Unfamiliar security systems and supply chains, concern over operational control and the fear of brand misrepresentation are just the immediate hurdles. But the potential for such exposure — from a captive and hungry audience, no less — along with a new willingness of airport food service operators to meet chefs’ demands has made the prospect more appealing.

For Ms. Prueitt, the chance to work with other local chefs made the proposition realistic and exciting. All of the chefs operate out of Tartine’s San Francisco commissary kitchen, butchering, slow-roasting and fermenting their goods before delivering them to the airport. Ms. Prueitt makes weekly visits to catch up with staff and personally taste everything.

When Rick Bayless opened Tortas Frontera in Chicago’s O’Hare International Airport in 2011, it meant giving up a good amount of control. The vast majority of airport restaurants domestically are run by third-party operators and staffed by their employees; the Manufactory is run by SSP, while Tortas Frontera’s three O’Hare locations are under the purview HMSHost. For chefs, that means a different kind of oversight is required.

“We have two full-time employees in our organization that go to every one of the places in the airport, twice a week, and make sure that everything is up to our standards,” says Mr. Bayless. “That’s how we’re successful — we commit the labor to it.”

That commitment, and willingness to work with airport-specific challenges, is necessary. Employees require security badges to get to work. Deliveries follow a tight schedule; chefs can’t decide, on a whim, that they’d like a certain product.

However, operators have become more agile to chef demands (Mr. Bayless, for example, wanted to use ingredients from his favorite purveyors), and have built up their own infrastructures as this demand and interest has grown. HMSHost established a partnership with the James Beard Foundation and has built out its own chef staff, said Stephanie Havard, executive vice president of restaurant development.

“We’ve been hiring people from streetside restaurants that are very connected to the culinary world,” Ms. Havard says of their expansion. “We now have an operations team of more than 30 chefs who have worked with everyone from Todd English to Bobby Flay. It’s given us the ability to speak ‘chef’s speak,’ and to really connect with these local chefs.”

The new food destinations in San Francisco and Chicago are far from alone. A Denver favorite, Root Down, opened a location at Denver International Airport in 2013; an outpost of the Denver Central Market opened there last November. Minneapolis–Saint Paul has locations of Black Sheep Pizza, Salty Tart and Angel Food Bakery. Phoenix, along with Seattle-Tacoma and New Orleans, have terminal modernization projects underway, with new local food options planned.

Portland International Airport, in addition to hosting locations of Blue Star Donuts, Kenny and Zuke’s, and The Country Cat, also provides travelers a tasting room for a local distillery, Westward Whiskey, which sells tasting flights and cocktails alongside bottles for sale.

“It’s been one of the most successful things we’ve ever done,” says Thomas Mooney, the distillery’s chief executive and co-owner. “We have the opportunity to connect with more than 40,000 people in a really immersive way.”

And some food-minded travelers will adjust their itineraries for the sake of visiting a certain restaurant. April Oed Hamilton, a food educator and writer based in Baton Rouge, La., says she flies into San Francisco, instead of the more convenient San Jose Airport, when visiting a sister who lives in Santa Cruz. 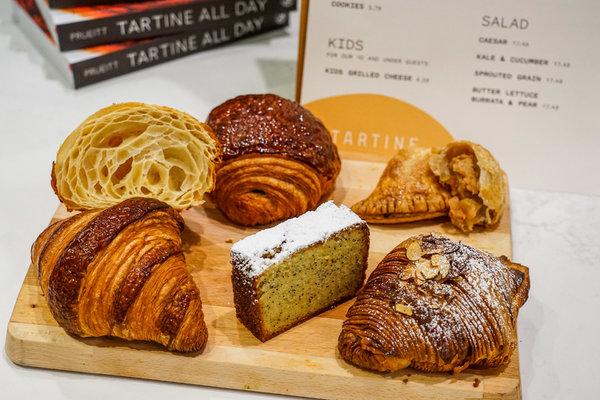 “Anything for that Tartine morning bun!” she said.

In fact, Mr. Bayless says that Tortas Frontera at O’Hare has more regular customers than his downtown restaurants.

“I swear, my tombstone is going to read, ‘He Made Good Food at the Airport!’” he said. “People are just so happy to have good food when traveling.”

We have a new 52 Places traveler! Follow Sebastian Modak on Instagram, and discover more Travel coverage by following us on Twitter and Facebook. And if you sign up for our Travel Dispatch newsletter, each week you’ll receive tips on traveling smarter, stories on hot destinations and access to photos from all over the world.

FacebookshareGoogle+sharePinterestpin it
Heads Up: In Aspen’s Shadow, Snowmass Builds an Identity of Its OwnFashion Review: What’s Cooking at Nina Ricci
Latest