The Unusual Tale of the Roaming Gallstones 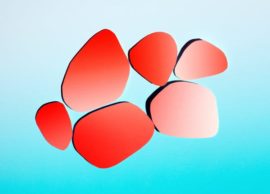 “You have a mass in your chest, near your lung,” the voice on the phone said. The 71-year-old woman listened quietly as her doctor explained what the CT scan showed. The doctor suggested that she see a chest surgeon to figure out what it was and what they should do about it.

The woman wasn’t surprised to hear that she had a mass. That’s why she went to see her doctor in the first place. Weeks earlier, when she was rubbing her chronically aching back, she noticed that there was a subtle bulge between the next-to-last rib on her right side and the rib just above it. The mass felt hard, almost as if she was growing a new rib. And then it just kept growing. She went to see her doctor when the bulge was the size of an apricot.

[Watch ‘Diagnosis,’ a new show from The Times and Netflix.]

Her doctor ordered a chest X-ray. The woman was puzzled when her doctor called to tell her that the X-ray was completely normal. But when a physician assistant she had been seeing about dietary supplements looked at the film, he noticed that the scan hadn’t gone low enough to capture the mass. When the woman called her doctor back with that news, the doctor ordered a CT scan of the chest with contrast. That would show them what was there, the doctor assured her. It had, and now she needed a surgeon.

When the woman told her daughter about the results of the CT scan and the doctor’s recommendations, her daughter immediately started searching for a surgeon. She found one at Memorial Sloan Kettering Cancer Center in New York. The woman called the surgeon’s office and sent over the imaging. The office said it would call with an appointment if the surgeon thought he could help. Four hours later, the office called back with an appointment — actually, two. The surgeon thought she should also see one of his colleagues. They were each surgeons specializing in sarcomas — the kind of tumors that grow in muscle and bone. But this second doctor operated on tumors in the abdomen and other areas. Although the mass was clearly in the back of the chest wall, it was located below the diaphragm, and so it was outside the area of the first surgeon’s expertise.

The woman took her daughter when she went to see the surgeons. She was, the patient told the first doctor, very healthy and active. She exercised regularly and didn’t smoke and never drank. Her only medical problem was hypothyroidism. Also, her gallbladder had been removed nearly two years before. The cardiothoracic surgeon examined the woman and then the mass on her ribs. He reviewed the imaging of her chest and back.

This was probably a cancer, the doctor told the two women, most likely a sarcoma of the bone. It seemed clear that it had invaded the surrounding soft tissue. She was probably going to need that part of her ribs removed. And maybe radiation. But first she’d need a biopsy; his colleague Dr. Sam Yoon would perform the biopsy and do any additional surgery that was necessary.

How It All Began

Yoon’s office was in the same building. Yoon asked the woman about the pain in her back. It began a couple of years earlier with her gallbladder, she replied. Back then, she got what she thought was a really bad stomach bug. She had a crampy pain on the right side. When it didn’t let up after a couple of days, she decided to go to the hospital. Her daughter was visiting but didn’t drive, so the woman drove herself. It was perhaps the longest 10 minutes she had ever lived through.

In the emergency room, she had been given Maalox and started to feel better. When she suggested that she was ready to go home, the nurse hurried to her bedside and told her that her gallbladder was infected and needed to come out.

She’d had the surgery the next day and went home the day after that. They told her that she would feel fine in no time. And over the next few weeks, she started to feel better. But she was far from fine. Then, a month after the surgery, she got this incredible pain up and down the right side of her back — from her shoulder blade down to her buttocks. She called her doctor, who ordered her first CT scan. There was no infection, no kidney stone, no abnormality. She was given a painkiller and sent home. Whatever it was that was causing this pain would get better with time.

It didn’t, though. She still couldn’t sleep on that side, and even sitting could be painful. When her car lease ended, she had to test nearly a dozen models before she found one that she could drive without pain. And even then she had to put a small pillow on her left side to keep her right side away from the seat. She went to an acupuncturist; she tried physical therapy. Nothing helped. And then this goose egg started to emerge on her back.

After hearing this story, Yoon examined the patient and her hard, tender lump. He reviewed the two CT scans she had sent, then sat down at his desk and smiled. “I’ll bet my friend, the chest surgeon, a game of golf that this is not cancer.”

The painful mass in her back was not a tumor, he explained. It was a result of her body’s effort to get rid of some gallstones, spilled when her gallbladder was removed two years earlier.

It used to be that gallbladder surgery was done through an enormous incision in the upper-right side of the abdomen. Using this surgical technique, it was easy to take out even an inflamed gallbladder without spilling a single gallstone. About 30 years ago, surgeons started using little cameras inserted into the body to guide the operation. This newer surgery was called a laparoscopic cholecystectomy — laparoscopic meaning an examination of the loin (lapar in Greek) with an endoscope, and cholecystectomy meaning the removal (ectomy) of the gallbladder (cholecyst). The operation could be performed through three small incisions using cameras and special instruments. Because the incisions are tiny, sometimes gallstones fall out of the gallbladder as it’s being removed and end up roaming free in the abdomen. It’s not an uncommon event — estimates are that stones are spilled in up to 30 percent of all lap choles (as the surgery is called for short). Yoon could see in the first CT scan that gallstones were left behind during her surgery.

Most of the time, nothing happens to the stones. But in a handful of cases (up to 0.03 percent of them), the gallstones cause pain and inflammation as the body tries to get rid of them. And that, Yoon said, is what happened to her. In the second CT scan, Yoon could still see the stones. But in the intervening months, the woman’s body had wrapped them in inflammatory tissue and was trying to force them out through the chest wall.

Let’s get the biopsy to make sure there’s nothing else going on, Yoon suggested. And then he would take out the stones. The biopsy showed nothing but inflammation — no sign of any type of cancer. Two weeks later, Yoon cut into the mass and scooped out the stones that got away the first time.

It took the woman a few months, but two years after that gallbladder surgery, she finally felt fine.

I asked Yoon how he was able to make this diagnosis when his colleagues hadn’t. Before he specialized in cancer surgery, he told me, he trained as a general surgeon. During that training, he saw his share of spilled gallstones — both in the body and on CT scans. And while he never had a patient with this kind of rare complication, he had certainly read and heard about it from those who had. “For me,” he said, “this wasn’t a difficult diagnosis.” He happened to have the perfect training for it. Any surgeon would have figured it out before taking the patient to the operating room, Yoon told me. He just got there a lot faster.