The Challenge of Identifying Sjogren’s Syndrome 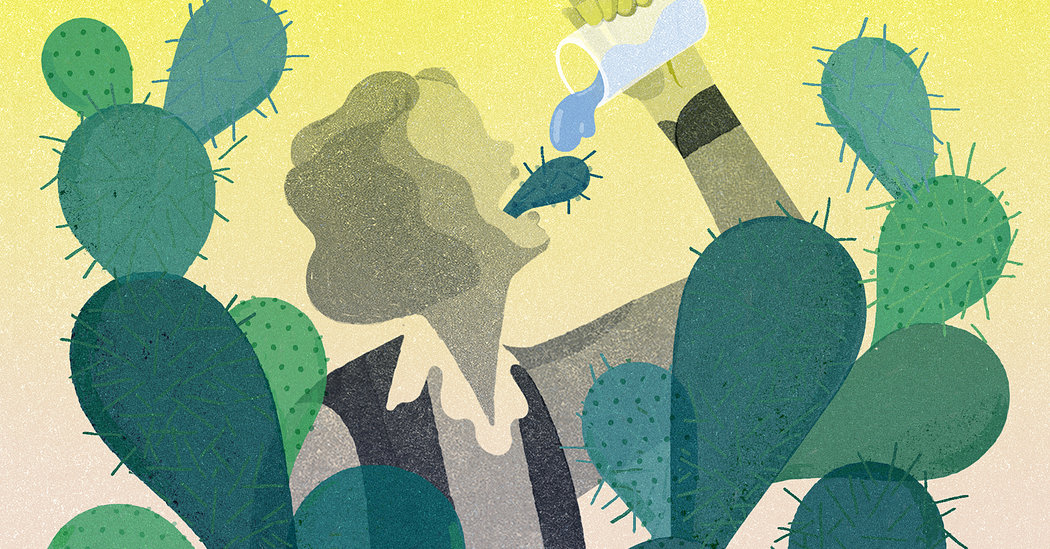 Angelica Divinagracia, a 54-year-old fitness instructor in Los Angeles, woke one morning with her tongue literally stuck to the roof of her mouth. Though she normally drank lots of water, especially after strenuous workouts with clients, she thought her chronically dry mouth was due to dehydration.

That is, until an even more troublesome symptom — excruciating scratchy eye pain unrelieved by drops — prompted an immediate visit to her ophthalmologist.

“Do you also have dry mouth?” the eye doctor asked. Given her response, he suspected an autoimmune disease called Sjogren’s syndrome, sent her for blood work and, based on the results, told her to see a rheumatologist. That doctor had 12 more vials of blood analyzed at six different laboratories to confirm the diagnosis of Sjogren’s (pronounced SHOW-grins). The disorder is named for Dr. Henrik Sjogren, a Swedish ophthalmologist who in 1933 described 19 women suffering from dry eyes and mouth.

This chronic and usually progressive syndrome attacks secretory tissues throughout the body, primarily, but not exclusively, the salivary and lacrimal glands of the mouth and eyes, the respective sources of saliva and tears. It can occur as a primary disorder or secondary to another autoimmune condition like rheumatoid arthritis or scleroderma.

The primary form affects between three and 10 of every 10,000 people, and nine women for every one man, mostly around the time of menopause. Including people with secondary Sjogren’s doubles the prevalence. The cause or causes are not known, though genetic, environmental and hormonal factors are strong suspects and are likely to work in concert. The triggering factor for its expression is often a microbial infection.

Diagnosis can be challenging because the main symptoms — dry eyes and mouth, fatigue and limb pain — are common complaints associated with any number of health problems. Yet, Dr. Lindsey A. Criswell, a rheumatologist at the University of California, San Francisco, told me that few doctors are aware of a relatively simple test — an in-office biopsy of tiny salivary glands from the inner surface of the lip — that can be definitive for Sjogren’s.

“Patients with Sjogren’s often have symptoms for years before being diagnosed,” Dr. Criswell said. Ms. Divinagracia, for example, had dry mouth for about three years and dry eyes for two years and had attributed her occasional limb pain and fatigue to her demanding workouts.

“My eyes were sensitive to everything — bright light, wind, cold air, hot air,” she said. “I found myself wearing sunglasses in the house. I would wake up in the morning with my lids stuck to my eyeballs and feeling like there was glass in my eyes.”

Dr. Criswell said Ms. Divinagracia was fortunate to have a tuned-in ophthalmologist. “Sadly,” she said, “most doctors are narrowly focused on a particular organ. They don’t think outside their specialty, and patients may not mention other symptoms unless they’re asked. The manifestations of Sjogren’s are numerous and doctors generally are not familiar with them, which results in huge delays in diagnosis.”

Since dental health requires saliva, Ms. Divinagracia was wisely advised by the rheumatologist to see her dentist, who told her to always brush after eating, floss twice a day, suck on sugar-free lozenges and drink water all day to reduce the risk of rampant dental decay and tooth loss.

For someone as active as she has been for decades, the bouts of fatigue that usually accompany Sjogren’s are especially hard to take. “I could sleep for eight hours and wake up feeling like I hadn’t slept at all,” she said. “Or sometimes the fatigue will hit in the afternoon when I’m supposed to be starting supper for the family.”

As life-disrupting as the syndrome can be, its worst possible consequence is the occurrence of B-cell lymphoma, a cancer of the immune system that afflicts 5 percent to10 percent of those with primary Sjogren’s, a risk 15 to 20 times higher than in the general population. Blood tests every year or two to check for lymphoma are recommended, especially for patients with severe disease, and swollen lymph nodes should be assessed without delay.

Ideally, patients are best managed by a medical team. Dr. R. Hal Scofield, a Sjogren’s specialist at Oklahoma Medical Research Foundation, where patients are seen by a rheumatologist, dentist and eye doctor, runs one of the few multidisciplinary clinics in the country.

Ms. Divinagracia, who knows coordinated treatment can help to minimize symptoms and slow progression, said she’d have to travel from Los Angeles to San Francisco to get to a Sjogren’s clinic. However, she has taken a proactive approach to learn about the disease, reduce expenses and limit distressing side effects of treatment. She also joined a Sjogren’s support group through the Sjogren’s Syndrome Foundation.

“My list of medications is a mile long, and most have to be taken several times a day,” she said. One of the drugs prescribed, Restasis, is so expensive she got a prescription for a generic form available in Canada but not in the United States.

Another commonly prescribed medication, pilocarpine to counter oral and ocular dryness, has to be taken initially four times a day, but it caused extensive sweating and fluid retention, so Ms. Divinagracia requested switching to another drug, cevimeline, which is taken three times a day and also helps with vaginal dryness. Plus she uses eye drops to stimulate tear production.

When a doctor’s office billed $3,500 just to place a moisturizing shield in one eye (on top of $1,600 for the shield), she protested and got the fee reduced to the $1,975 her insurance covered. In lieu of a $750 heat treatment to stimulate her eyes’ oil glands, she found a $10 device on eBay that does the job and which her doctor approved.

She also takes the drug Plaquenil (hydroxychloroquine) three times a day to minimize flare-ups, which can also be controlled by reducing stress.

Various over-the-counter and prescribed drugs are used to treat pain, though there is still no drug “shown effective for the fatigue that is so common among patients with primary Sjogren’s syndrome,” Dr. Criswell wrote. Studies of the monoclonal antibody rituximab, which may help to prevent lymphoma, have had mixed results in improving symptoms of Sjogren’s, she reported.

“Despite the many people affected by Sjogren’s syndrome and the many challenges it creates for patients and clinicians, it is a good example of a disease that is under the radar screen,” Dr. Criswell said.