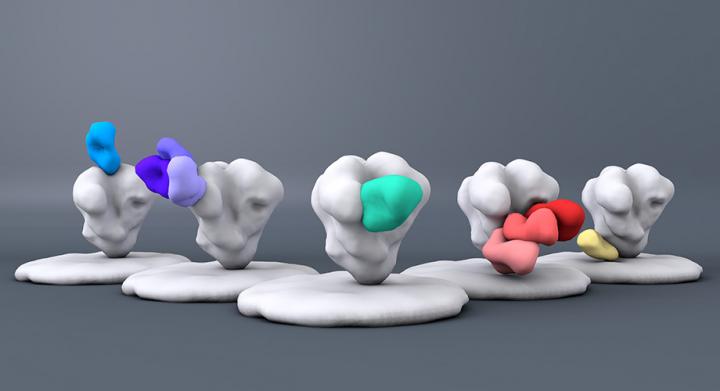 LA JOLLA, Calif. — The Scripps Consortium for HIV/AIDS Vaccine Development (CHAVD), an international collaboration led by Scripps Research, has received a $129 million grant from the National Institutes of Health to advance next-generation vaccines designed to coax the immune system into producing antibodies capable of disarming numerous strains of HIV.

The seven-year grant from NIH’s National Institute of Allergy and Infectious Diseases (NIAID) will support refinement and manufacture of novel vaccine candidates so that they can move into early-stage human clinical testing. The candidate vaccine products are designed to be administered in multiple stages to induce immune system proteins called broadly neutralizing antibodies (bnAbs). In multiple animal studies, bnAbs have been shown to provide long-lasting protection against exposure to multiple HIV strains.

«Previous NIH support for this international collaboration allowed us to lay the scientific foundation for developing an unprecedented and highly promising approach to HIV vaccination,» says Dennis Burton, director of the Scripps CHAVD and co-chair of the Department of Immunology and Microbiology at Scripps Research. «This new award provides critical funding to refine this approach and bring it into human clinical testing.»

Representative Mike Levin, whose congressional district encompasses Scripps Research, says of the newly announced NIH grant that he is «thrilled to see this vital federal funding coming to our region for critically important health research.»

«I am proud to represent many leading biotechnology and research institutions, and to advocate for robust federal investments to support this important sector in our region,» Levin adds. «Scripps Research is one of the premier research institutions in the world, and their efforts—along with their international partners—to develop an HIV vaccination could help save millions of lives.»

Today, daily medication called antiretroviral therapy can suppress HIV to undetectable levels in the blood and prevent sexual transmission of the virus. In addition, HIV acquisition can be prevented through pre-exposure prophylaxis, or PrEP; post-exposure prophylaxis, or PEP; and voluntary adult medical male circumcision. Despite these forms of HIV prevention, globally 1.8 million people acquired HIV in 2017 (about 1 person every 15 seconds) and nearly 37 million people were living with the virus, underscoring the urgency of developing a vaccine to halt the epidemic.

The goal of developing an HIV vaccine has proven extremely difficult to achieve. The virus presents a daunting challenge, as its slippery surface provides few targets for the immune system and its ability to rapidly evolve allows it to outpace the immune response and current vaccination efforts. Many different strains of HIV circulate among people living with the virus at any given time; just one person may carry hundreds of thousands of variants of the virus.

Burton and his colleagues opened a new front in HIV vaccine design in 2009 when they discovered two potent antibodies in the blood cells of a woman living with HIV that were capable of neutralizing 70 percent of 162 HIV reference strains representative of the global epidemic. This raised the possibility of engineering vaccines that could induce a person’s immune system to generate such bnAbs, thus providing broad protection against multiple HIV strains.

To pursue this and other novel concepts in HIV vaccine research, the Scripps Center for HIV/AIDS Vaccine Immunology and Immunogen Discovery (CHAVI-ID) was formed in 2012 with a $77 million grant from NIAID. As explained below, the work of the CHAVI-ID, which formally ends on June 30, 2019, advanced many novel vaccine concepts and candidates as a prelude to the continued efforts now under the Scripps CHAVD award.

By integrating a number of scientific fields with state-of-the art imaging and other technologies, the CHAVI-ID made significant strides, identifying stable regions on HIV’s outer coat, or «envelope,» that could be targeted by bnAbs. Using that knowledge, they developed immunogens (molecules that spur an immune reaction in the body) that in animal studies demonstrated the ability to elicit production of anti-HIV bnAbs or their early precursors that target those envelope regions and neutralize the virus.

The new NIH award will support research that builds on this earlier work, Burton says, with an emphasis on developing a sequential vaccine regimen that induces sustained protective levels of anti-HIV bnAbs. The Center’s research has shown that naturally occurring bnAbs develop in a person’s body over a period of years as the result of repeated exposure to many strains of HIV. The sequential vaccine approach seeks to better this process by generating bnAbs with a small number of protein immunogens given successively in a compressed timeframe.

A major focus of research under the new award will be refining the immunogens, developing scalable manufacturing methods, and providing the immunogens for testing the sequential vaccine regimen in early-stage human clinical trials. In partnership with the International AIDS Vaccine Initiative (IAVI), the researchers will launch the first human clinical trial of the sequential vaccine strategy this year. Funding from the new award will allow the Scripps CHAVD to test several classes of the bnAb-inducing immunogens in additional trials.

«We are researching multiple bnAb sites with the ultimate goal of combining immunogens that target different sites to provide the breadth and potency needed for an effective vaccine,» Burton says.