Restaurant Review: A San Diego Chef Taps the Crosscurrents of the Mexican Border 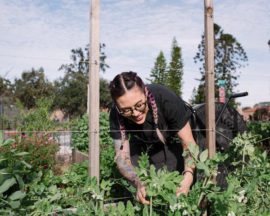 SAN DIEGO — The cooks at Tacos Fitos, just across the street from the Mercato Hidalgo shopping center in Tijuana, are guardians of a vat of birria. The goat meat shimmers with ancho- and guajillo-stained fat, and the scent of it calls to shoppers, among them Claudette Zepeda-Wilkins.

Ms. Zepeda-Wilkins is the chef at El Jardín, in San Diego, and often drives an hour south, across the border, to pick up ingredients and eat a few of those tacos de birria doraditos.

The version of the dish she makes at El Jardín is a tender, crackling half-moon — a fresh corn tortilla filled with delicate shreds of her own Jalisco-style birria and fried — set over a bowl of broth that is lean and vivid, full of small, creamy beans.

The taco is formidable. And like many of Ms. Zepeda-Wilkins’s dishes, it is neither an unrecognizable aggrandizement nor a straightforward replica of established regional fare. It is a glimpse of the Mexican canon, refracted through the lens of a border-kid-turned-chef coming into her full powers, who understands her cuisine as a jumble of Indigenous, immigrant and colonial influences.

Ms. Zepeda-Wilkins worried at first that expectations in San Diego, when it came to Mexican food, might be narrow. Diners were used to the industrial tortillas of fast-food tacos. Chips and guac. Fat burritos. What would they make of her red pozole and beef tongue confit? 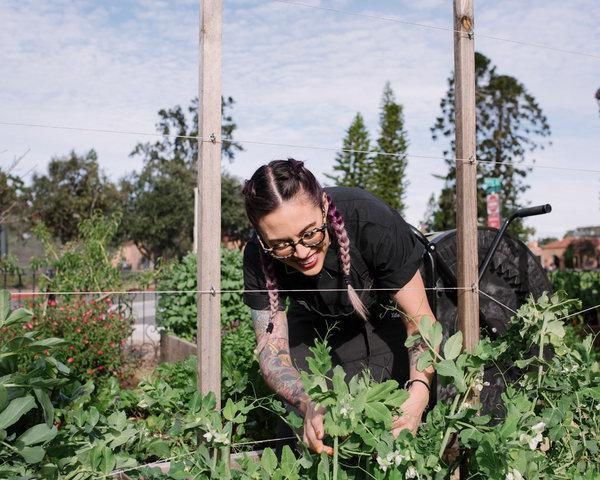 At El Jardín, which opened last June in Liberty Station, a new mixed-use development on a former Navy training base, there is sometimes a sense that she is cooking against all those presumptions — correcting people before they have a chance to misunderstand her or raise an eyebrow at the prices. Oh, you want guacamole? I’ll show you guacamole.

And she does. The guacamole is presented as a kind of fairy ring, trimmed with colorful pickled vegetables and ash. It is dramatic, and very pretty, but every garnish is essential. And the guacamole’s most savory notes are only amplified by chunks of queso fresco and the umami-rich, almost cheesy-tasting corn tostadas, imported from Jalisco, with their veneer of fine, Champagne-size bubbles.

Ms. Zepeda-Wilkins’s work is both uninhibited and exact. With an annotated menu to indicate regional sources, the restaurant brings together dishes that don’t ordinarily live under the same roof: immense Sonoran hot dogs, Yucatecan-style octopus cooked with sour oranges, the fava-bean-filled tlacoyos of Mexico City.

The result, no matter what you order, is a meal that weaves an epic culinary narrative in finely rendered and often delicious details. It makes sense, given Ms. Zepeda-Wilkins’s more inclusive view of Mexican cuisine, that the broth she uses to season the bright, focused red pozole and mellow black mole, would be an infusion of kombu, or kelp. And that the bar manager, Elizabeth Hoar, would mix makrut lime leaves into her cocktails.

Next to a bar of almost chewy almond cake, made with a respectable amount of brown butter and then covered in a squiggle of dense, torched meringue, there is ice cream infused with the shiny black pit of the mamey sapote fruit. As it melts in your mouth, it unfurls its delicate, floral flavor, something close to sun-warmed apricots and almonds.

Ms. Zepeda-Wilkins used to be the chef de cuisine at Bracero, and cooked at El Bizcocho, though outside San Diego, she may be best known for her time on Season 15 of “Top Chef.”

With one of her two sous chefs, Leonel Gutierrez, Ms. Zepeda-Wilkins finishes a dish of vegetable enmoladas, the tortillas soaked in a rich black mole.CreditJohn Francis Peters for The New York Times

Competitive cooking shows, like most reality television, tend to flatten people out into easily identifiable characters: the villain, the nerd, the jock. And Ms. Zepeda-Wilkins was cast as the villain. As a result, the YouTube clips that survive have fairly ridiculous titles like “Did Claudette Throw Tanya Under the Bus?” and “Is Claudette Only Out for Herself?”

Men receive the most attention for their work in Mexican cuisine, but it is a world of recipes and techniques traditionally maintained at home and passed on by women, to women. So it is reassuring to see Ms. Zepeda-Wilkins working with the kind of financial resources typically reserved for men in the restaurant business. El Jardín’s big, new open kitchen gleams, and has a staff, including cooks and servers, of about 25 people.

Quietly, in a way that doesn’t interfere with dinner, Ms. Zepeda-Wilkins uses her position to make a sharp point about how public space can be gendered and politicized. The men’s bathroom hosts a changing table with three sizes of diapers and wet wipes. The women’s room has the same, along with pads and tampons — a low-key effort to normalize the products.

In the dining room, lush with plants, there are rainbow-beaded bull skulls affixed to the walls, the work of a Huichol artist from Nayarit, on Mexico’s west coast. The booths along the wall are upholstered with a shining crushed velvet the color of mermaid scales. And just outside, in an expansive garden, the restaurant grows finger limes and nasturtium, beets and radishes, fava beans and English peas.

Planes taking off from San Diego International Airport, right next door, often interrupt this serene atmosphere, their engines blaring so loudly, and so close, that servers have to pause midsentence, like comedians for applause.

But El Jardín is too determined to let a few planes get in the way. At first sign of a chill in the air, the vertical flames of space heaters flick on outside, and servers offer soft, oversize blankets to guests on the patio, circling several times, with the affectionate insistence of an abuela, coming back, always giving you the chance to change your mind.

FacebookshareGoogle+sharePinterestpin it
Front Burner: Ice Creams With SpiceFront Burner: This Cheese Is a Lady
Latest