Raf Simons Out at Calvin Klein 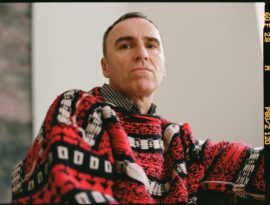 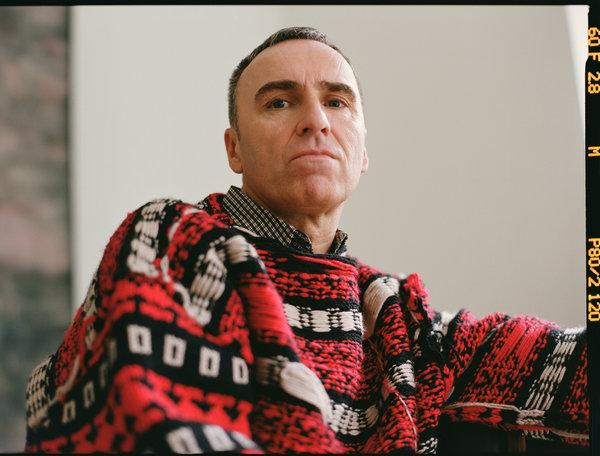 Raf Simons in his office in Manhattan. CreditClement Pascal for The New York Times

The most high-profile brand reinvention experiment in 21st-century American fashion came to a crashing halt on Friday when Calvin Klein announced it was parting ways with its chief creative officer, Raf Simons, “after Calvin Klein, Inc. decided on a new brand direction which differs from Simons’s creative vision.”

The departure of the Belgian designer, who won three awards from the Council of Fashion Designers of America in only two years, comes just over six months before his contract was due for renewal, and is effective immediately. There will be no Calvin Klein show during the upcoming New York Fashion Week, and there was no time frame given for when a successor would be named.

The decision casts a shadow not only on the Calvin Klein business, but also on the growing belief in the fashion world that for a brand to be successful, it must hand all power over to a single creative who is empowered to impose his or her vision throughout.

Both Calvin Klein and Mr. Simons declined to elaborate further on the decision, though the relationship had been publicly troubled since November, when Emanuel Chirico, the chief executive of PVH, the corporation that owns Calvin Klein, effectively blamed Mr. Simons for a decline in Calvin Klein sales, calling his work a “fashion miss.” Even though he did not use the designer’s name, it was an unprecedented public slap-down for a designer still at a house.

“While many of the product categories performed well, we are disappointed by the lack of return on our investments in our Calvin Klein 205W39NYC halo business and believe that some of the Calvin Klein Jeans’ relaunched product was too elevated and did not sell through as well as we planned,” he said during an announcement of third quarter earnings this year.

PVH said earnings before interest and taxes fell to $121 million compared to $142 million the year before, a decrease it blamed primarily on a $10 million increase in “creative and marketing” costs, which is to say: Mr. Simons spent too much on his ideas.

It was a noticeable contrast to the enthusiasm that greeted the announcement in August 2016 that Mr. Simons was coming to Calvin Klein, which had the brand declaring its ambitions to grow revenue from $8 billion to $10 billion.

What went wrong between then and now will be the subject of study for branding experts and fashion executives for years to come.

A favorite of the fashion world, known for his low-key personal style, affinity for the contemporary art world, and talent, Mr. Simons originally made his name with an eponymous men’s wear line, but achieved broader fame thanks to his ability to breathe new life into troubled brands.

He took on Jil Sander after the brand’s founder had come and gone twice, later moving on to Christian Dior following the ouster of John Galliano. He left Dior in 2015 after three years, frustrated that his creative oversight was limited to the women’s runway collections.

It was a situation Mr. Simons ensured would not be replicated at Klein, where he was given authority over all the brand’s product categories, including the runway lines, jeans, underwear and homewares, as well as advertising and store design. Previously, these responsibilities had been shared by a troika of designers: Francisco Costa for women’s wear, Italo Zucchelli for men’s wear and Kevin Corrigan for jeans and underwear.

Though commercially the brand was a success, it had not been a driver of fashion since the sale of the company in 2002. Indeed, the runway collections were so minor, they were classified as a marketing expense on the brand’s balance sheet, according to Tom Murry, the former chief executive.

Mr. Simons was supposed to change all that.

In handing the keys to the Klein kingdom to Mr. Simons, Steve Shiffman, chief executive of the brand, was following the model popularized by Gucci. The wholesale reinvention of Gucci under Alessandro Michele, the creative director, has been the biggest success story of the current fashion industry.

Also influential has been Hedi Slimane, a designer and the former creative director for Yves Saint Laurent and current creative chief of Celine. Mr. Slimane, who is famous for insisting on control over every aspect of a brand down to designing the fittings in the stores, sent Saint Laurent sales soaring, and currently has everyone watching Celine. Along with Mr. Michele, his success set trends not just on the runway but in the C-suite as well, and paved the way for the deal between Mr. Simons and Calvin Klein.

But unlike Gucci, where Mr. Michele arrived as an unknown, the expectations for Mr. Simons were high. And unlike Celine, which is owned by LVMH, which does not break out the individual performances of brands, Calvin’s performance during Mr. Simons’s tenure would be on display for all investors to see. The bet was enormous and, in retrospect, it seems the expectations were unrealistic for both parties.

In the beginning, however, it seemed to make so much sense. Mr. Simons’s first show was the most anticipated of fashion week. His second, a tour through the American nightmare via Andy Warhol and the badlands, coincided with President Trump’s first term. For the third, he filled the former American Stock Exchange with tons of popcorn to create a cartoon apocalypse. He had the artist Sterling Ruby create an installation for the Madison Avenue flagship. He created a made-to-order dress department and filled his front row with celebrities such as Brooke Shields, Millie Bobby Brown, ASAP Rocky and Rami Malek. He spent a lot of money.

He made Calvin cool, but cool is by definition a niche quality. It was perhaps a sign of what was to come that no one could be bothered to pronounce the full new name of the signature collection: 205W39NYC.

“As the world evolves, the need for an edit, a curation and point of difference remains, but the need to package it holistically for today’s consumers and be relevant will never go away,” said Marigay McKee, founder of MM Luxe consulting.

While Mr. Simons shared many values with Calvin Klein — a penchant for minimalism, a fascination with youth culture and art — he had limited experience with the mass market of jeans and underwear on which the brand’s profits were built. For its part, PVH, which also owns Tommy Hilfiger, had never worked with a high-concept designer house, and it did not have experience with the amount of investment such a reinvention would require — and the length of time it would take the consuming public, attached to their favorite jeans, to adjust to a new look and offering.

During that November earnings call, Mr. Chirico said, “From a product perspective, we went too far, too fast on both fashion and price.”

As management grew nervous, it began to claw back power from Mr. Simons. In February, the company hired a new chief marketing officer, who did not report to Mr. Simons, and decided to move dollars away from his high-concept advertising toward micro-influencers and social media. It never opened the stores that had been discussed. Mr. Simons became increasingly unhappy, and those familiar with the situation said Mr. Simons had alleged a breach of contract on the part of PVH. Rumors began to fly.

“Turning around a company the size of Calvin takes a certain type of creative person, a significant amount of time, and an enormous amount of money. Calvin wasn’t built in a day or 18 months,” said Robert Burke, of the luxury consultancy, Robert Burke Associates. “Having an impact on a brand the size of Calvin is a very delicate and complex challenge. It seems that this task was more than either party expected. ”

What happens next — exactly how much of a retreat the brand will make from Mr. Simons’s work — remains to be seen. The designer, for his part, is in Antwerp, and will be preparing for his own brand’s show in Paris in January. For everyone else, what is clear is that this is no longer a fashion fairy tale, but a cautionary one.