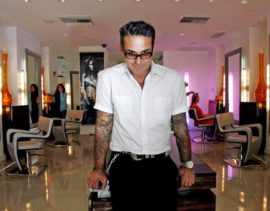 Oribe Canales, a celebrity hairdresser who worked, and palled around, with models like Naomi Campbell, Cindy Crawford and Linda Evangelista in the era of big hair and fat shoulder pads, died on Sunday in Manhattan. He was 62.

Mr. Canales, who lived in Miami, suffered liver and kidney failure in a hospital after going to New York for cancer treatment last month, his husband, Zaki Amin, said.

In the late 1980s and early ′90s, Mr. Canales, known professionally as simply Oribe (pronounced OR-bay), worked closely with the makeup artist François Nars, the photographer Steven Meisel and the stylist Carlyne Cerf de Dudzeele in helping to build the careers of many women who became known as supermodels, giving them a look, emblematic of the era, that was heightened by dramatic makeup and hair to match.

“The type of hair that Oribe adored was super high-maintenance,” Ms. Crawford said in a telephone interview on Monday. “It worked in the late ′80s and early ′90s, where more was more, and the shoulder pads were huge and the hair was big. It was beautiful, but it was definitely all about the hair.

“It was hair that felt larger than life, and it kind of was — it was fantasy,” she added, “and I think a lot of it was the way that he saw this fantasy version of ‘woman.’ ”

Mr. Canales developed strong bonds with the models he attended to, both at work and after photo shoots.

“He’d pick us up from work and we’d drive around the city in his Jeep,” the former model Christy Turlington Burns said by telephone. “We would park outside of nightclubs and watch people go in and out.”

Those relationships, both in the studio and backstage at fashion shows for designers like Gianni Versace, meant that models let him style their hair without reservation.

“Whatever he wanted to do, the trust was unconditional,” Ms. Campbell said in an interview, adding, “Even when he had my hair in Krazy Glue once. He said, ‘How do we do extensions? Let’s Krazy Glue them.’ We had to cut them out because we couldn’t get them off.”

He worked with the singer and actress Jennifer Lopez, too, who first met him at a photo shoot in 1998. “He was a legend,” she said by phone on Monday. “I was 16 on the train reading about him in Vogue, and he made such an impression on me that 12 years later, when I was making my first album, I remembered his name. 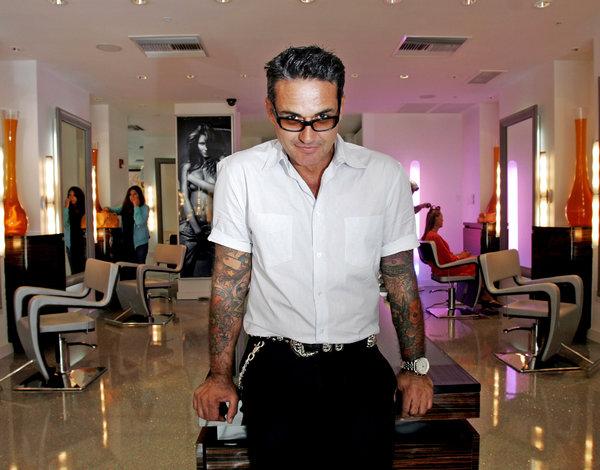 Mr. Canales at his salon in Miami Beach in 2005. Oribe, as he was known, helped define the era of big hair.CreditBarbara P. Fernandez for The New York Times

“Oribe and I just fell in love with each other,” Ms. Lopez added. “He was Cuban and I was a little Puerto Rican girl. He’d play with my hair and I’d dance around. I’d feel like a million bucks.”

She remembered his vivaciousness, as well as his good looks: “He had the slicked hair and the tattoos — he was handsome and full of life.”

In addition to his magazine work, Mr. Canales ran several salons, starting in 1984 with one inside the Parachute clothing store in Manhattan on the Upper West Side; that was followed by a second one at the store’s SoHo location.

In 1991 he opened a lavish salon on Fifth Avenue in Midtown Manhattan, followed by another, in 1995, in Miami Beach, at South Beach. The Midtown location closed in 2002; the South Beach salon, after a series of relocations, closed in July.

Mr. Canales introduced Oribe Hair Care, a high-end line of shampoos and hair styling products, in 2008; the line, which he co-founded, was sold this year to Kao USA Inc., ending his involvement in it.

Earlier, in the mid-1990s, he introduced a hair-care collection with a spunkier feel, packaging it in bottles that, at the suggestion of his friend the designer Karl Lagerfeld, were designed to look like dishwashing detergent bottles.

Oribe Canales was born in Havana on Sept. 13, 1956, the middle child of Oribe Juan Canales, an artist, and Gladys Miranda Canales. His family moved to Charlotte, N.C., when he was 6; when he was 16, he moved to Miami to find work as an actor.

Two years later, he moved to Buffalo, where he gained experience as a hairdresser and earned his license. That was followed by a move to New York City to work for the well-known hairdresser Garren, in his Plaza Hotel salon.

“When he was with me he connected with the right people,” Garren said in an interview. “That boosted him to the next level, because that got him working with all the supermodels and Versace.” He added, “He honed his eye to what a sexy girl was.”

Along with his husband, Mr. Canales is survived by his mother; his brother, Francisco Canales; and his sister, Gracie Canales Cuervo.

Some clients felt that Mr. Canales’s impact had been more than aesthetic.

“He helped me understand of how the fashion part of things empowered women, and that when women felt beautiful, they were limitless and they could do anything,” Ms. Lopez said. “He glamorized women, and he made them feel sexy by the way he did their hair and by the way he loved them, and I felt loved by him.”

FacebookshareGoogle+sharePinterestpin it
Julian Niccolini, Face of the Four Seasons Restaurant, Is Forced to ResignGlobal Health: An Island Nation Starts an Experiment: Vaccines Delivered by Drone
Latest