Medical News Today: Our ancestors were enjoying cocoa over 5,000 years ago 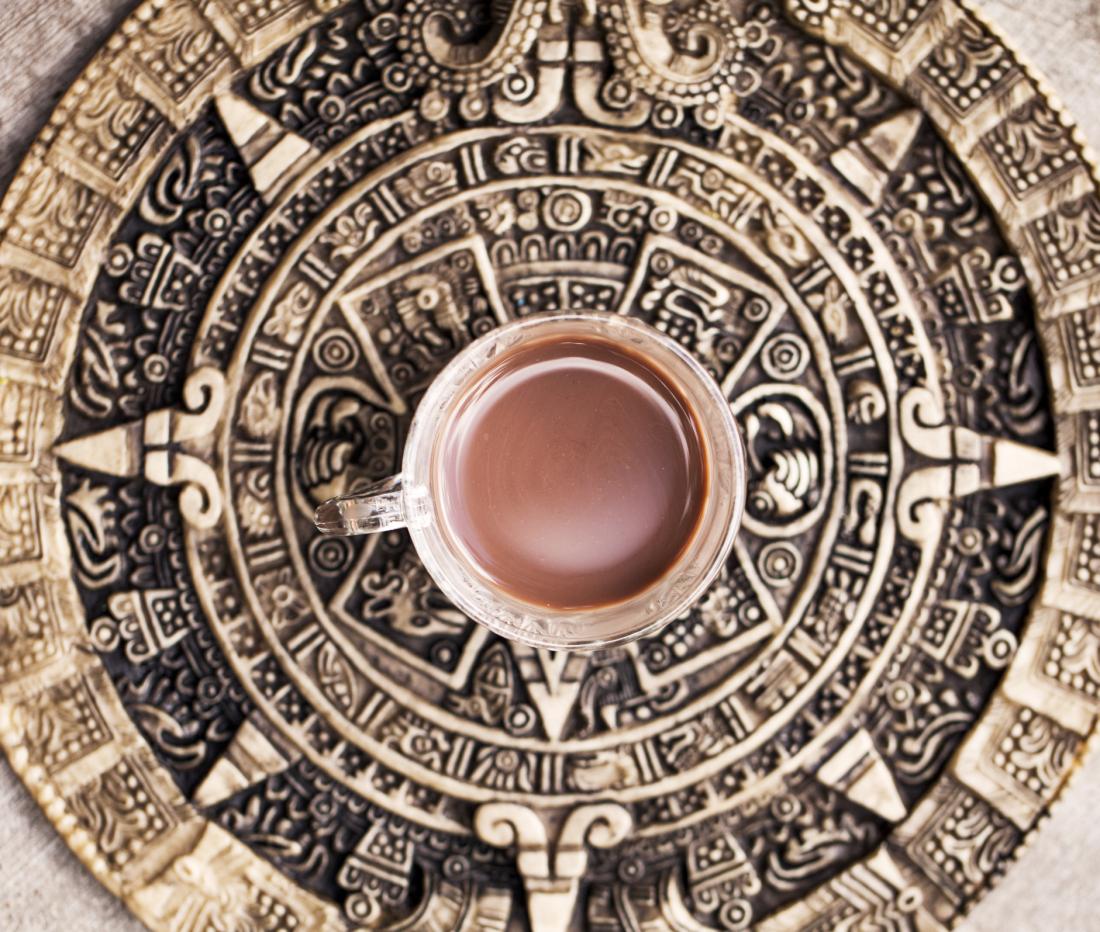 One recent study overturns assumptions about when and where we first consumed cocoa.

It’s safe to say that most of us enjoy chocolate in at least one of its many forms.

This treat is made from cacao (or cocoa) beans, the seeds of Theobroma cacao, or the cacao tree.

Chocolate, however, isn’t just a guilty pleasure. In fact, many studies indicate that in its purest form, it can actually benefit our health.

As we have reported on Medical News Today, dark chocolate can enhance our brain health, help us see better, and protect our hearts.

Ancient Mesoamerican peoples — such as the Olmecs, the Maya, and the Aztecs — who lived as early as 3,900 years ago, reportedly used cacao beans to brew sacred drinks and sometimes trade as currency.

So, for a long time, researchers believed that we first domesticated Theobroma cacao trees about that time in Central American regions.

However, a new study — the findings of which appear in the journal Nature Ecology & Evolution — presents evidence that we found and cultivated the cacao tree much earlier, and in a different region of the Americas.

Cocoa used much earlier than we thought

The researchers who conducted this new study — hailing from the University of British Columbia in Vancouver, Canada, as well as many other academic institutions — analyzed the genomes of numerous cacao trees looking for markers of diversification that would suggest early domestication.

This analysis led them to believe that the domestication of Theobroma cacao may actually have originated in equatorial South America, rather than in Central America. Moreover, this likely happened over 1,000 years earlier than experts had thought.

«This new study shows us that people in the upper reaches of the Amazon basin, extending up into the foothills of the Andes in southeastern Ecuador, were harvesting and consuming cacao that appears to be a close relative of the type of cacao later used in Mexico — and they were doing this 1,500 years earlier.»

The authors explain that traces of cacao on ancient pottery from South American regions provided them with further clues about when these ancient civilizations might have started cultivating the plant, and how it later found its way to Central America.

«They were also doing so,» explains Prof. Blake, «using elaborate pottery that predates the pottery found in Central America and Mexico.»

«This suggests that the use of cacao, probably as a drink, was something that caught on and very likely spread northwards by farmers growing cacao in what is now Colombia and eventually Panama and other parts of Central America and southern Mexico,» he adds.

The researchers looked at ceramic pottery from Santa Ana-La Florida in Ecuador, which the Mayo-Chinchipe culture inhabited as early as 5,450 years ago. To show that this ancient civilization had already cultivated cacao trees somewhere between 5,300 and 2,100 years ago, the investigators pursued three lines of inquiry.

First, they confirmed the presence of starch grains related to Theobroma cacao in ceramic pottery that had belonged to this people. Then, the team identified the presence of theobromine — which is an alkaloid present in the domesticated cacao tree but not in this plant’s wild «cousin» — residue in these ancient artefacts.

The evidence reveals that it was the Mayo-Chinchipe people that first domesticated the cacao tree, and that this happened at least 1,500 years before Central American cultures caught up.

«For the first time,» says lead study author Sonia Zarrillo, from the University of Calgary in Alberta, Canada, «three independent lines of archaeological evidence have documented the presence of ancient cacao in the Americas: starch grains, chemical biomarkers, and ancient DNA sequences.»

She goes on to note, «These three methods combine to definitively identify a plant that is otherwise notoriously difficult to trace in the archaeological record because seeds and other parts quickly degrade in moist and warm tropical environments.»

Prof. Blake notes that by learning more about the origins of the foods that we still rely on today, we can better understand how human civilizations have developed over time.

«Today we all rely, to one extent or another, on foods that were created by the Indigenous peoples of the Americas. And one of the world’s favorites is chocolate,» Prof. Blake points out.

FacebookshareGoogle+sharePinterestpin it
Bites: A ‘Beautiful Thing Called Masa’ Stars at a Texas RestaurantRaf Simons Out at Calvin Klein
Latest