Lori Loughlin’s Daughter Is Caught Up in College Admissions Scandal 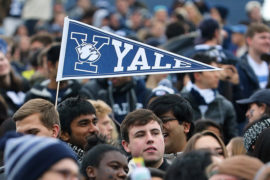 Olivia Jade Giannulli, whose parents are two of the dozens of people accused of cheating to get their children into elite colleges, quickly capitalized on her student status when she began her first semester at the University of Southern California in the fall of 2018.

Ms. Giannulli, 19, is the daughter of the actress Lori Loughlin and the designer Mossimo Giannulli, whose fashion brand was sold at Target until 2017. Ms. Giannulli is a social media influencer with close to two million YouTube subscribers and over a million Instagram followers. In September, she posted two paid advertisements on Instagram that highlighted her identity as a student.

The legitimacy of her college acceptance has been called into question as a result of a Justice Department indictment, along with that of a number of others.

Lori Loughlin and Felicity Huffman were among the wealthy parents accused Tuesday of cheating or paying bribes to get their children into elite universities.

On Tuesday, as part of a federal investigation known internally as “Operation Varsity Blues,” government prosecutors charged a network of people with conspiring “to use bribery and other forms of fraud” to game the college admissions process.

The indictment lists a variety of deceptive tactics, including having children falsely designated as athletic recruits; bribing proctors to edit answers on standardized college-entry exams; and hiring people to pose as students to raise grade-point averages.

Some students involved in the scandal were unaware that their parents had acted on their behalf, and prosecutors from the Justice Department emphasized that the children had not been the targets of the investigation.

After Ms. Giannulli arrived on campus, she began to incorporate college into her personal brand.

In a paid post for Prime Student, Amazon’s paid membership program for college students, Ms. Giannulli posed sitting on a bed, with the caption “Officially a college student! It’s been a few weeks since I moved into my dorm and I absolutely love it. I got everything I needed from Amazon with @primestudent and had it all shipped to me in just two-days.” (In a YouTube video posted in early September, Ms. Giannulli said that Amazon had “hooked me up with like, everything in my dorm.”)

In another post, an advertisement for Smile Direct Club, a company that sells dental aligners, Ms. Giannulli wrote: “For back-to-school season, I’ve been using a doctor-directed, at-home invisible aligner treatment.”

The fall semester at her school began on Aug. 20; a day later, Ms. Giannulli announced on Twitter that she had just arrived in Fiji. In a YouTube video, she said that she had gone for work.

Ms. Giannulli’s parents were described in the investigation as having paid multiple bribes amounting to $500,000 in order to have Olivia and her sister, Isabella, listed as recruits for the university’s crew team. (Neither participated in crew; both are influencers.) Ms. Giannulli is not mentioned by name in the indictment.

Ms. Giannulli has made sponsored content for numerous brands, including Sephora, Too Faced and TRESemmé. She has posted on Instagram in partnership with Sephora since at least 2016. More recently, Ms. Giannulli released a $28 bronzer and illuminator palette with Sephora Collection, the company’s in-house brand. Sephora did not respond to a request for comment.

In a statement, the University of Southern California said that it was cooperating with the government’s investigation and that the scheme appeared to have been “carried out by individuals who went to great lengths to conceal their actions from the university.”

Ms. Giannulli has been a public presence for several years, thanks to her frequent social media posting. She was criticized in August after posting a video with the title “basically all the tea you need to know about me (boys, college, youtubers)” in which she said that she was only going to college for “gamedays, partying.”

“I don’t really care about school, as you guys all know,” she said.

At the same time, the new student embraced aspects of life on campus. In a video tour of her dorm room, she said that while she would still make the videos that were familiar to her fans, she would also make more videos about being in college. “I do have the opportunity to, since I’m in college now,” she said.

After the indictment became public on Tuesday, commenters bombarded Ms. Giannulli’s Instagram page with criticism related to the scandal.

Ms. Giannulli is one of a number of celebrity offspring who have lived out their teenage years on social media. In the video for which she was criticized, she described how the dissolution of a romantic relationship had been particularly difficult because people would send her tweets, Instagram posts and Snapchats of her ex with other young women.

Ms. Giannulli has not yet released a comment and her agent did not immediately reply when contacted.

Opinion | Frank Bruni
Bribes to Get Into Yale and Stanford? What Else Is New? 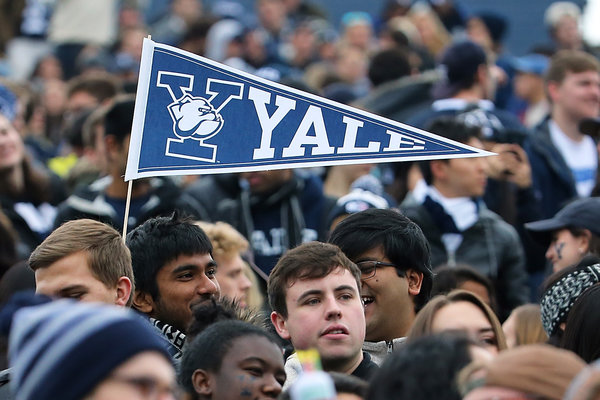 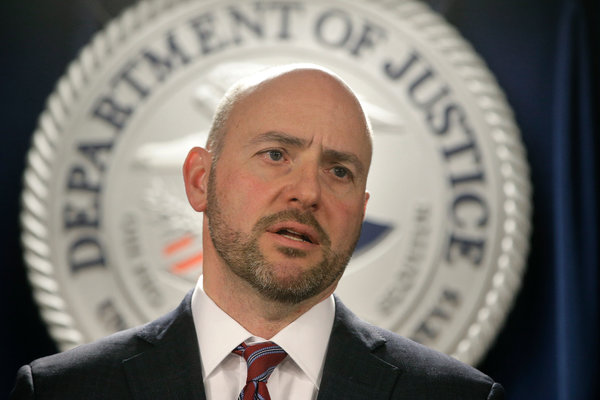 FacebookshareGoogle+sharePinterestpin it
Grounded 737 Max 8s but Not Chaos, for Airline PassengersHere’s How the F.B.I. Says Parents Cheated to Get Their Kids Into Elite Colleges
Latest