Jimmy Bradley Is Out of Here 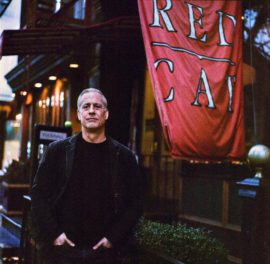 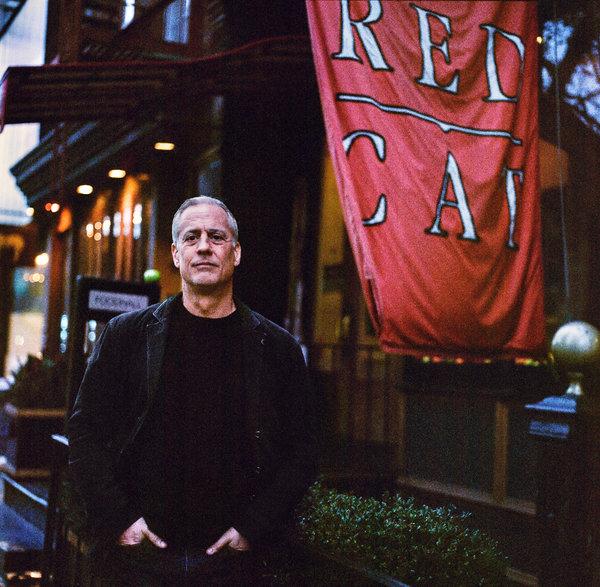 Jimmy Bradley and Danny Abrams opened the Red Cat in 1999, on the west side of 10th Avenue north of 23rd Street, just south of a carwash. The restaurant was meant to evoke, Mr. Bradley said, New England by way of Paris, and his cooking did the same, with side trips all over the world. The restaurant evinced a particular kind of New York elegance: confident and relaxed, witty, not too formal but not informal, either.

“The Red Cat feels vaguely colonial and tavernlike,” Frank Bruni, then the restaurant critic for The New York Times, wrote in a two-star review in 2005, “except when it feels downtown-gallery cool, and apart from those moments when it feels modestly and eclectically elegant. Choose your mood.”

Mr. Bradley’s current mood is both cheerful and elegiac. He is closing the restaurant on Dec. 23, and heading home to Rhode Island, and from there to parts unknown. He wasn’t facing a rent increase or a slump in business. (He and Mr. Abrams dissolved their partnership years ago.) Mr. Bradley just wanted to quit: 51 years old, Generation X, raised at the nexus of hippies and punk.

“It’s time for something new,” he said recently, his eyes laughing, as if he were Buddha, or a drummer with a line on a place to stay. “I don’t know what it is, and I’m not going looking for it. It’s going to come.”

In the meantime, though, the dining room is packed, and so many people have tried to steal the restaurant’s signature red plates that Mr. Bradley removed them to his office, where he packed them in a fish cooler. Last week he hired a jazz band to march through the bar, recalling a New Orleans second line.

Restaurants close every day. But not many close after nearly two decades in a flurry of business, after serving hundreds of hundreds of thousands of meals. So The Times sent the photographer Daniel Krieger to the Red Cat to document some of the particulars of the restaurant’s personality, its quirks and worn edges, its people and vibe.

Quick-sautéed zucchini with pecorino and almonds is one of Mr. Bradley’s greatest hits, a dish he has cooked since 1990, when he first made it at the restaurant Savoir Fare on Martha’s Vineyard. “Half the people who ate it called me a genius,” he said. “The other half wondered where the marinara sauce was, and why the zucchini wasn’t fried. That’s the life of a chef in one story.”

Valentin Garcia-Luna, named for his birth on Valentine’s Day, has been at the Red Cat since its very first day, running the daytime kitchen-prep station and making all the restaurant’s stocks. Mr. Bradley met him in the late ’90s while working as a consulting chef at the restaurant Opaline, on Avenue A, and has since hired many members of the Garcia-Luna family. “I’m going to find him a job,” Mr. Bradley said. “I’m going to place everyone who works here.”

The New England chef and burger maven Dave Dubois once worked for Mr. Bradley, who took the name of Mr. Dubois’s Boston hamburger mini-chain to as the name of the burger he serves at the Red Cat. “It’s not even Dave’s burger,” Mr. Bradley said, laughing. “But I like the name and so I stole it.” The chalkboard was a gift from Robert Redford, for whom Mr. Bradley once produced a food event in Sundance, Utah.

Colleen Grapes was the restaurant’s longtime pastry chef. When she returned to the restaurant for a final meal, Mr. Bradley started bouncing ideas off her, and at one point tried to persuade her to move to Providence, R.I., and open a milk bar with him. I asked him if he really wanted to do that. He shrugged. “Providence could use a good milk bar,” he said.

There is a small step up from the restaurant’s bar area to the dining room in back. It is lighted from within, and there is a sign on the wall beside it warning customers of its existence. Waiters, runners, busboys and Mr. Bradley himself watch the hazard closely, and point out the rise to all those who approach it. They do so, reflexively, to one another.

Table 45, in the far southwestern corner of the dining room, provides the restaurant’s best seats, with views of the whole place. “It’s the most voyeuristic table,” Mr. Bradley said. “You can see everyone.” He purchased the chairs for the restaurant in 1999, in eastern Pennsylvania, for $25 a seat. They came from a schoolhouse, and were scarred and initialed by students, “a lot of Joanie loves Chachi stuff,” Mr. Bradley said. He still has every one.

Tempura-fried green beans with sweet-spicy mustard sauce are another of the restaurant’s signature dishes. When I wrote about them in 2009 for The New York Times Magazine, I called them “Buffalo chicken wings for people with good art on the wall and a capacity for avoiding, as A.J. Liebling wrote, the fatal trap of abstinence.” A decade later, I still think that’s true. On a recent night, they were on every table in sight.

Mr. Bradley’s father built the half-hull model of a red catboat that hangs near the restaurant’s pay phone. It was a gift for his son when the restaurant opened. The model is based on the father’s own boat, an 18-foot Marshall cat that is neither red nor called the Red Cat. “Cellphones weren’t really a big thing when we opened,” Mr. Bradley said, “so we put in that telephone so people wouldn’t keep borrowing the one at the host station.” For the past few years, he has been in a stalemate with the telephone company, which no longer services pay phones. “They want to charge me $75 a month,” he said, “for a phone that doesn’t work and that they won’t fix.” He shrugged. Now it’s art. 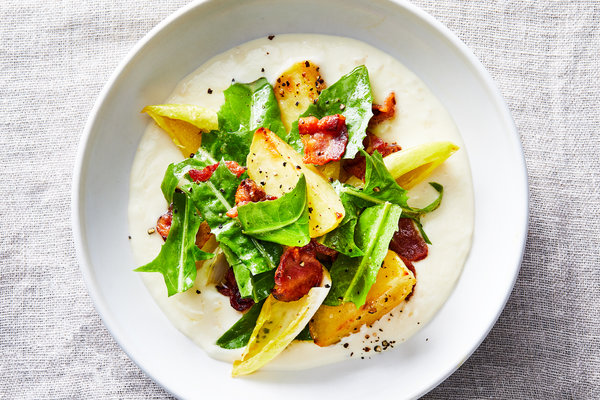 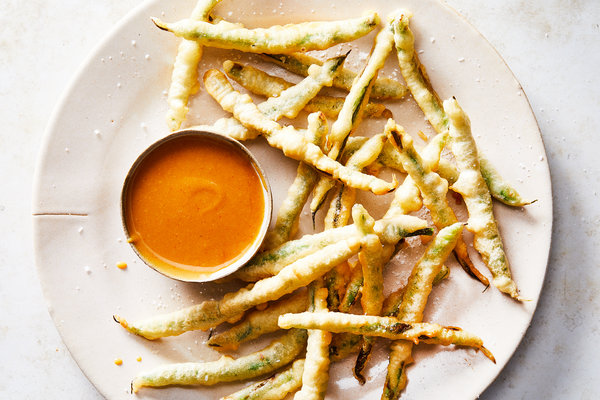 Sausage and Mushroom Risotto With Raisins

The Red Cat, a Pioneering Chelsea Restaurant, Will Close 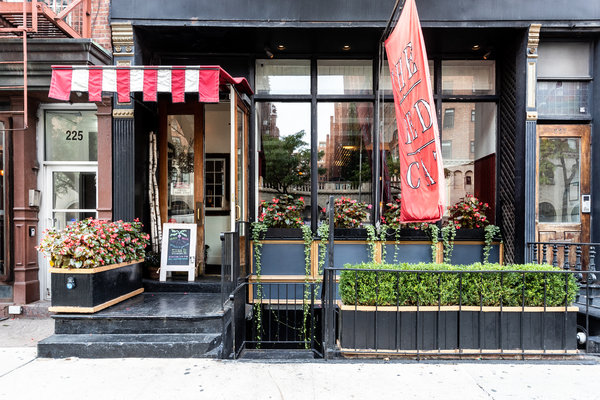 FacebookshareGoogle+sharePinterestpin it
Field Notes: For Wedding Guests, a Touch-Up at the Glam BarThe 52 Places Traveler: In Bhutan, Prayer Flags and Birds From Heaven
Latest