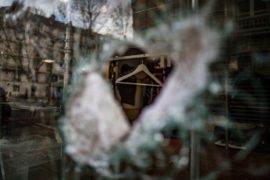 From the Champs Élysées to Avenue Montaigne and along the Rue St.-Honoré, the glossiest and most glamorous shopping streets of central Paris are usually bustling on Saturdays in December.

Tourists and local residents alike, many of them wearing fur or cashmere and laden with bags, hurry into glittering temples of French heritage like Chanel and Dior, Longchamp and Ladurée to stock up on holiday gifts.

This year, that has changed.

Five straight weekends of demonstrations against President Emmanuel Macron and his economic policies by members of the so-called Yellow Vest movement have caused some of the worst civil unrest France has experienced in more than a decade. Storefronts have been smashed, cars have been set ablaze and some of Paris’s best-known landmarks have been damaged.

The number of protesters dwindled significantly this past Saturday compared with previous weekends, but many shops were closed nonetheless in anticipation of further violence, including those owned by the French group Kering, including Gucci, Balenciaga.

The luxury-goods industry, one of France’s top export categories and a major driver of tourism in Paris, has been hit hard during its most important month of the year. A police lockdown and fears of widespread vandalism prompted executives at several high-profile companies to close their Paris stores, and their mouths, after some protesters seized on French fashion logos as symbols of inequality and elitism.

Some chief executives, however, did stick their heads above the parapet. 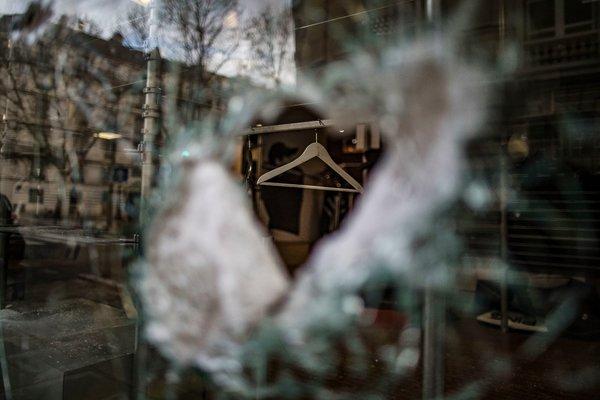 The protests have led to some of the worst civil unrest France has experienced in more than a decade. CreditIan Langsdon/EPA, via Shutterstock

Jean-Philippe Hecquet, chief executive of Lanvin, said the company had closed its flagship store near the Champs-Élysées for three weekends for its employees’ safety.

“This time of year is the most important selling period for Lanvin, with December counting for at least two regular months of full-price sales,” Mr. Hecquet said. “One could say that our online business could cover our losses, but when it comes to shopping for luxury ready-to-wear, physical stores remain very important.”

Dior, Burberry and Kering all declined to comment on how the protests were affecting sales. Chanel confirmed only that its stores had been closed as a safety precaution, although Karl Lagerfeld, the creative director, noted in an interview with New York magazine last week: “I like the moment we are living through, but not the ‘yellow raincoats’ in the street.”

Some people in the industry expressed concerns that luxury brands could become targets in a workers’ revolt against the increasingly unpopular Mr. Macron.

Many stores boarded up their windows in anticipation of violence. The finance minister has called the riots «a catastrophe» for the French economy.CreditBenoit Tessier/Reuters

The protests have already taken a heavy toll. Retailers across all sectors have lost approximately 1 billion euros, about $1.1 billion, since the protests began, according to the French Retail Federation.

Bruno Le Maire, the finance minister, has declared the riots “a catastrophe” for the French economy. Small retailers — many of which have also been forced to close — revenue that was 20 to 40 percent below expectations this month, he said. Hotel reservations were down 25 percent, and restaurants in Paris had seen revenue collapse 20 percent to 50 percent depending on their location, he added.

Fears are growing that Paris could enter a sharp downturn similar to the one that followed the terrorist attacks of 2015.

“You don’t want to shop at Louis Vuitton on the Champs-Élysées when cars are burning on the street,” said Mario Ortelli, managing partner of the luxury advisers Ortelli & Company. “You don’t want to walk around with an Hermès bag when there’s a violent protest happening.”

Marc-Andre Kamel, the head of Bain’s retail practice for Europe, Africa and the Middle East, said that while sales elsewhere might help luxury brands with global footprints offset the losses in Paris, wholesale department stores like Galeries Lafayette and Printemps were more likely to experience a blunt impact from the protests, since regional stores outside Paris are affected by disruption in other cities.

The luxury industry is also a tourism draw for Paris. CreditThibault Camus/Associated Press

“It is a grim situation for those retailers,” Mr. Kamel said. “Just how bad will be seen when sales figures are released early next year.”

Until the protests began, Mr. Kamel said, “it had been a relatively decent year” for luxury spending.

“For France as a brand, for luxury players, who are a major reason many people travel here, these are nerve-racking times,” he added.

Yet, there a quiet sense of defiance was in evidence on some street corners.

Around the Place Vendôme, a hub of luxury jewelry shops and designer stores, rioters had smashed windows and built barricades on recent weekends. Many of the shops had boarded their windows up entirely, blocking everything inside from view.

Other stores, like Louis Vuitton, created giant, clear barriers instead, allowing a showcase for sparkling Christmas trees framed by expensive shoes, handbags and accessories, a reminder that those dream purchases were still available, if out of reach for many.

Jean Cassegrain, the chief executive of Longchamp, said some of his Paris stores were closed and security had been added at others. But he emphasized that luxury brands were not the primary object of the protesters’ ire.

“The protests did not target luxury stores specifically: bus stops, cafes, construction sites, cars were also damaged,” he said. “This is a moment in the life of the city. Paris remains a great and enjoyable city for residents and for tourists.”

Nevertheless, for an industry that builds itself on trading in branded aspiration and fantasy, the recent upheaval in luxury’s capital city has undeniably tarnished that image. Just how badly will only become clear in the coming weeks.

Fears are growing that Paris could enter a sharp downturn similar to the one that followed the terrorist attacks of 2015.CreditStephane Mahe/Reuters
Unrest in France Hinders Macron’s Push to Revive Economy 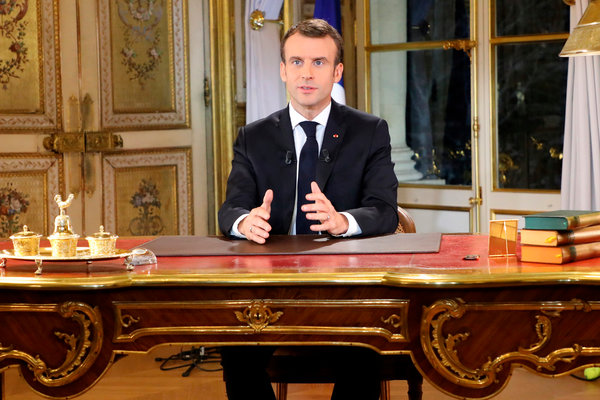 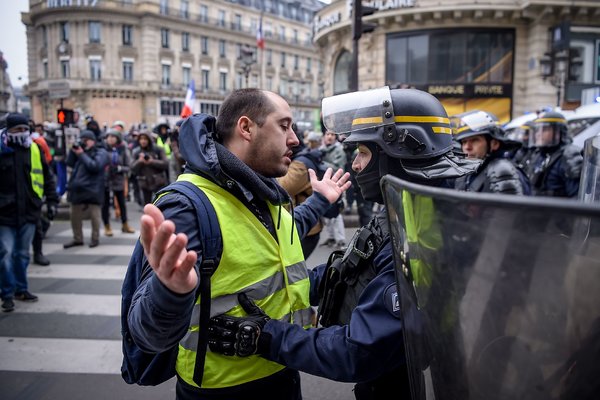 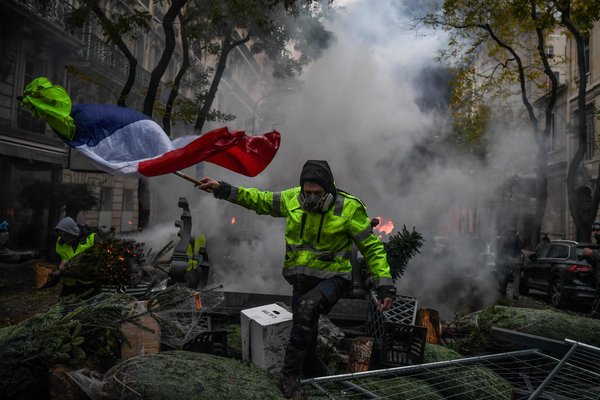 ‘Yellow Vests’ Riot in Paris, but Their Anger Is Rooted Deep in France 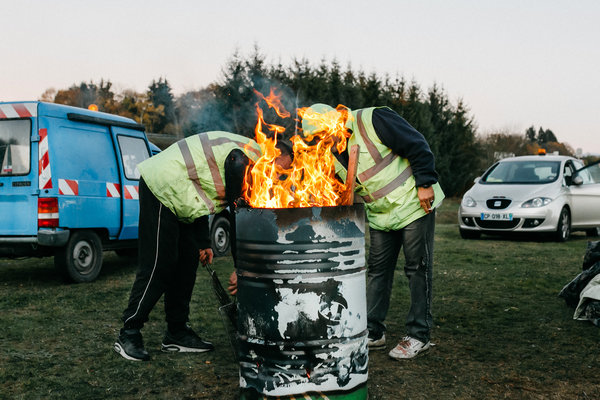