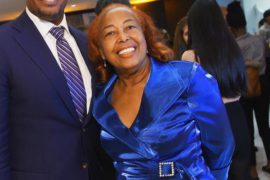 It’s Women’s History Month! You’re reading In Her Words, where women rule the headlines. Sign up here to get it delivered to your inbox. Let me know what you think at dearmaya@nytimes.com.

“History isn’t what happened. It’s who tells the story.”

In her new book, “The Women’s Suffrage Movement,” the historian Sally Roesch Wagner aims to finally give a voice to the women history forgot. “History isn’t what happened,” she told me this week. “It’s who tells the story.”

Dr. Wagner, one of the first Americans to receive a doctorate in women’s studies, has spent decades studying these untold stories across cultures. On the first day of Women’s History Month, I asked her to help me debunk some of the persistent myths. Here’s what I learned.

MYTH: American women’s rights began with the right to vote, granted in 1920.

REALITY: Native American women have had political power for 1,000 years.

It’s easy to view American women’s history through the lens of the suffragists, who fought for the right to vote. But the truth is, Native American women had their own political systems long before — systems that still exist.

“The idea that we’re so progressive because we got the vote 100 years ago — Native women look at that like, ‘Hm, well,’” said Wagner, who wrote the book “Sisters in Spirit,” about Iroquois women’s influence on early American feminists.

In fact, in some Native American nations, like the six Iroquois, the elder matriarch is responsible for appointing the chief, holding him to certain standards and removing him if he fails to measure up, Wagner said.

MYTH: Contraception is a modern convention.

REALITY: Condoms, diaphragms and the sponge have been around since the 1800s.

The birth control pill may have not come on the market until 1960, but a variety of effective contraception methods were available to both women and men in the United States well before 1850, Wagner said.

It was the Comstock Act, passed in 1873, that changed everything — allowing Anthony Comstock, a conservative Christian who proposed the legislation, to determine what was considered “obscene” in the country. “He decided that anything to do with sex or reproduction was obscene,” Wagner said.

As a result, hundreds of people were arrested and imprisoned under the Comstock Act for distributing or possessing contraception, or publishing information about it. The activist Ida Craddock was among them, arrested for distributing such information. She took her own life shortly before her sentencing, which she believed would be life imprisonment.

In her suicide note, she wrote: “I earnestly hope that the American public will awaken to a sense of the danger which threatens it from Comstockism.”

REALITY: No bras were burned! Seriously.

The myth emerged on a hot summer day in 1969, when feminists gathered on the boardwalk of the Miss America Pageant in Atlantic City, N.J., to protest the competition. They had planned to burn their bras, but they couldn’t get the permits — so instead they threw their bras, girdles, curling irons and other “instruments of female torture,” into a giant trash can labeled “freedom.” (Read more about that protest here.)

The New York Post ran with the story anyway — and the myth has been used to vilify and pigeonhole feminists ever since, Wagner said.

That’s how much of 3,500 years of recorded history is devoted to women, according to the historian and author Bettany Hughes. “There are so many women that should be household names but just aren’t,” she has said.

[Sign up here to get In Her Words delivered to your inbox.] 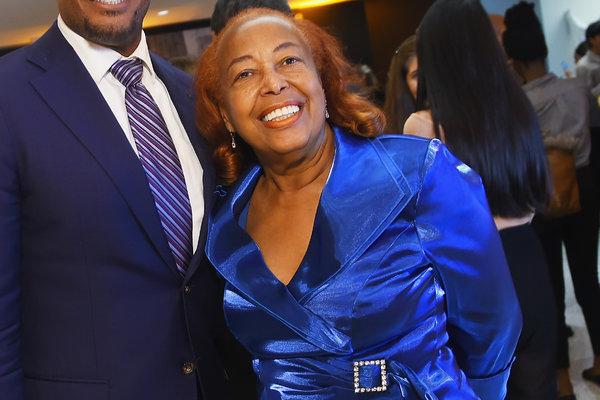 Dr. Patricia Bath, who invented a more efficient way to remove cataracts, in 2017. In the 1980s, she discovered how to use a laser to correct the condition.CreditBen Gabbe/Getty Images for TIME

Emma Gatewood in 1959 as she hiked the 2,000 miles of the Oregon Trail. By then, newspapers were calling her “America’s most celebrated pedestrian.”CreditDenver Post, via Getty Images

For women’s history month, we’re highlighting stories of trailblazing women you may not know, but should. For daily posts, see our Instagram.

Known by some newspapers as “America’s most celebrated pedestrian,” Emma Gatewood was the first woman to hike the Appalachian Trail by herself in one season — as a great-grandmother, at the age of 67.

By the time Gatewood died at the age of 85, in 1973, she had hiked the length of the trail three times — the third time in sections — and was the first person, man or woman, to conquer it more than once.

What the public did not know was equally remarkable. Grandma Gatewood, as she was called, had survived 30 years of severe beatings and sexual abuse by her husband. She often escaped from him by running into the woods, and she came to view the wilderness as protective and restorative. Read more about her here.

Sign up here to get future installments of In Her Words delivered to your inbox.

Let me know what you think at dearmaya@nytimes.com.