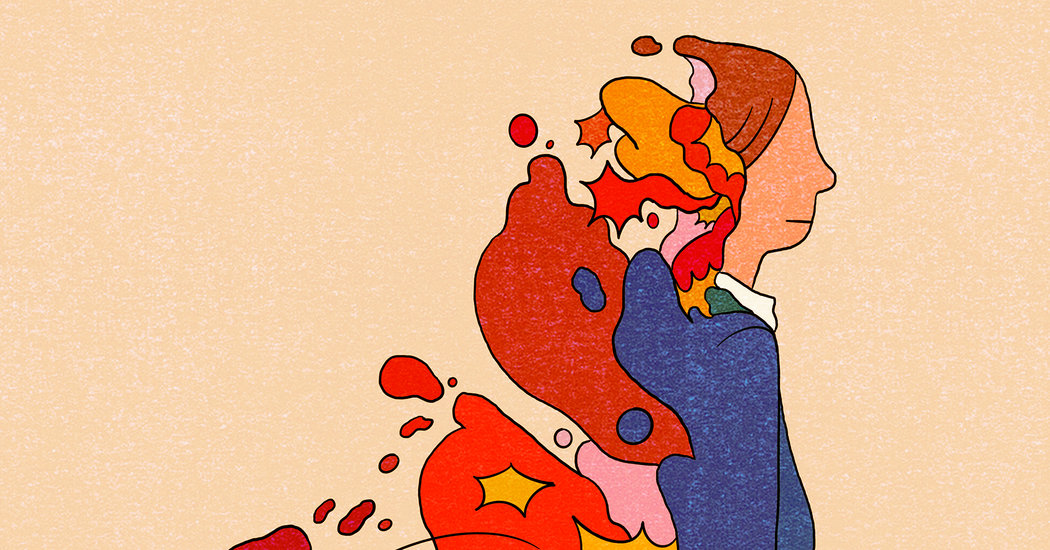 The invisible nature of my chronic illness protects me from a whole universe of discrimination and microaggressions, but it also insulates me from potential support.

Of course, I acknowledge that my position is a privileged one. Some disabilities announce themselves as soon as a job candidate enters an interview room, along with all of the misconceptions society places on anyone with any degree of difference. I wondered what we’d have to do to help people come out of it empowered and employed.

The issue is as complicated as people are. As with all forms of discrimination, there’s a world between what the law says and how we relate to one another that’s murky and difficult to navigate, even for legal professionals, disability-rights advocates and those long-practiced in explaining themselves to a world not built for them. But there are ways to make it easier, and difficult truths everyone should know.

The cost of staying silent

Perhaps you’ve seen the little self-disclosure boxes on job application forms. Employers are prohibited from directly asking anything about your disability; that puts the onus on the employee or applicant to educate the employer, said Eve Hill, a disability rights attorney. You can request the accommodations you may need and explain how you can best perform the job, but that can be as much a burden as an opportunity, she said.

“In the best outcomes, you become the guide on how to do this well,” Ms. Hill said. “That’s an extra burden that people with disabilities bear.”

Disclosure during the interview process can open up a world of support. Or, worst case, it can reveal an atmosphere in which you wouldn’t feel comfortable working, anyway. And hiding a major part of yourself — assuming you have that ability — takes its own toll.

“Disclosing a disability to an employer enables a person to live one’s life authentically and be able to bring one’s whole self to work,” said Kathy Flaherty, executive director of the Connecticut Legal Rights Project. “Hiding a disability takes emotional energy that could be better spent elsewhere, like doing one’s job.”

That bore out for Katie Rose Guest Pryal, a former academic who said keeping her mental illness a secret from her colleagues meant she could be only about 70 percent herself at work. “Keeping a major aspect of your identity a secret because you fear for the ramifications is not good for you,” she said. “But every time I sat down and weighed the positive and the negative, the negative of sharing outweighed the negative of keeping the secret.”

After seven years, Ms. Guest Pryal left her position as a nontenure-track professor to become a full-time freelance writer and novelist, documenting her decision in a book, “Life of the Mind Interrupted: Essays on Mental Health and Disability in Higher Education.”

The Americans with Disabilities Act forbids employers from discriminating against applicants or employees on the basis of disability, but the gap between the letter and application of the law can swallow people whole.

Emily Johnson was denied a handicapped parking spot at work because her boss wanted to leave it open for visitors who might need it. Holly Nelson, who has a hearing impairment, was terminated from a new position during her probation period because she didn’t hear a supervisor’s instructions. Jocelyn Mondragon called to reschedule a job interview when her motorized wheelchair broke down. Instead, the hiring manager canceled entirely. Roz Tolliver’s supervisor told her she was “broken” and would never get promoted. Allyson DuPont started her own company after getting fed up with access barriers related to her wheelchair. All of these stories are horrifying. Many are technically illegal. None are particularly unique.

“It’s difficult to disclose at work because most of us know about cases of overt or covert discrimination in employment, whether it’s around disability or age, gender, sexual orientation, race, class or another category,” said Sonya Huber, an associate professor at Fairfield University who has written extensively about living with rheumatoid arthritis. “People are frightened for good reason.”

Caren Goldberg, a human resource management professor and a consultant on discrimination issues, said she often sees people grappling with the decision. “I wish I could say everyone should disclose, but depending on the nature of the organization, reactions can be very subtle,” Dr. Goldberg said. “Often, it’s something that’s not done with nefarious intention.”

Negotiations for accommodations can be arduous, even when they are conducted in good faith. When Charis Hill asked for a yoga ball chair to alleviate pain related to their ankylosing spondylitis, a type of arthritis that affects the spine, a simple request stretched into weeks of public self-advocacy. “I felt a little humiliated by the lack of confidentiality when the time came to complete the formal request,” they said. “The experience certainly made me have second thoughts about requesting any other assistance in order to do my job.”

For Jed Findley, who works in education, his reluctance to disclose stemmed from his desire for privacy, as well as fear of losing a position he loved. “I knew they couldn’t fire me, but that didn’t mean they couldn’t discriminate in other ways,” he said. “People’s attitudes could change toward me. Oftentimes an accommodation is viewed as an excuse.”

Eve Hill acknowledged that deciding whether and when to disclose a disability can be challenging. “You don’t want them to be thinking things that aren’t true, especially things that may be worse than the reality,” she said. “When given a choice, you probably want to go with the one that gives you civil rights protections.”

How to have the conversation

Under the A.D.A., companies with more than 15 employees are required to provide reasonable accommodations to people who disclose a disability, which the law defines as “a physical or mental impairment that substantially limits one or more major life activities.” Those with invisible disabilities may be asked to provide medical documentation to support their need for requested accommodations, and to suggest adaptations that will enable them to perform to their full potential.

“The accommodation changes how you do the work. It doesn’t change whether you do the work,” Ms. Hill said. “You still have to meet the basic productivity requirements, the basic outcomes of the job, just in different ways or in a different location or using different equipment.”

Ms. Hill and Dr. Goldberg both stressed that communication is key when requesting an accommodation. “The employee can suggest things that might be helpful, when making their case to the employer,” Dr. Goldberg said. “As long as it doesn’t pose undue hardship, there’s really no reason for them not to do it.”

Preparation is also essential. “You ultimately need to be your own advocate,” Mr. Findley said. “Before disclosing your illness or disability in the workplace, come up with a list of answers to questions, and before listing duties you don’t feel comfortable performing, come up with solutions that will allow you to keep doing your job.”

Ms. Flaherty also recommends thinking creatively to come up with solutions that will carry minimal or no cost. The Job Accommodation Network is a helpful resource that your employer can consult for ideas. And as the old saying goes, trust — but verify. “If the employee is feeling in any way concerned that the employer is not responding positively, make sure you’re taking notes and keeping records of those interactions,” Ms. Goldberg said. “If things do unfold and you have to take further action, you’ll have a written record.”

For people with visible disabilities, it’s not so much a question of whether to reveal, but when. After realizing the only successful job applications she submitted were ones on which she didn’t mention that she used a wheelchair, Ms. Dupont decided to disclose only after getting an in-person interview. “In the face of stigma and misconception, disclosing on my own terms does sometimes give me the opportunity to control the dialogue,” she said. “But I have to be strategic in doing so or the consequences can be disastrous. The balance between discretion and disclosure is treacherous.”

Keah Brown, a writer with visible and invisible disabilities, noted the balance between being upfront with potential employers and risking retribution if they find out later. “Disclosing means to risk not getting the job and then, if you do so afterward, you risk the boss and company’s trust because you waited to say something,” she said.

In light of that possibility, Ms. Tolliver hid her disability until she couldn’t anymore, sometimes performing tasks that aggravated her chronic pain until she’d proven her worth. “I always hid the truth and hoped I’d stay healthy until I’d been at a job for a while,” she said. “I thought that if I made myself valuable to the organization, then management would understand and accept my accommodations and absences.”

The A.D.A. protects people from losing their position because of disability, but it doesn’t prevent microaggressions or water cooler chatter that can turn toxic. “Even though it’s prohibited by law, the law is not a guarantee that discrimination won’t happen,” Ms. Flaherty said. “Unfortunately, bias and misperceptions abound, and employers will sometimes make bad decisions based on that false information. So I totally understand why people don’t disclose and stay in the closet about it.”

If you do decide to seek accommodations, Ms. Hill suggests doing so before disciplinary action takes place, or as close to afterward as possible, so no one ends up in a defensive position. “You want to keep it out of the law as much as you possibly can,” she said. “You want to say, ‘I’m still a great employee. I’m having this barrier to doing just the best work you’re ever going to find. How can we work together to fix this barrier?’”

People who encounter discrimination do have legal recourse. That may include filing a formal complaint with the Equal Employment Opportunity Commission or a state agency that protects the right to work, or even taking the matter to court. However, there are time limits for reporting most forms of discrimination, as well as a formalized process to follow. The E.E.O.C. recommends contacting your local field office to discuss your best course of action before diving in.

Living in the light

The decision to disclose is as personal as what goes on in your body and mind. It’s often an ongoing process that evolves as we do, and as society hopefully evolves with us.

“People sometimes talk about disclosure like a single event,” Dr. Goldberg said. “But it’s not like a gender reveal party. We don’t always get along similarly with all co-workers and there may be those to whom you never disclose. But if you confided in one person and got a good reaction, maybe over time you might not think twice about telling someone else.”

Ms. Huber discovered a network of empathetic colleagues once she talked to them about her disability. By writing extensively about her life with chronic pain, she gained confidence that supported her work, as well.

“Disabled does not always mean ‘can’t work,’” she said. “I work very differently now, but I also appreciate how much I get done as I have learned to understand what daily schedule and conditions are best for my body.”

Lizz Schumer is a freelance journalist and the author of “Buffalo Steel.” Follow her on Twitter: @eschumer.