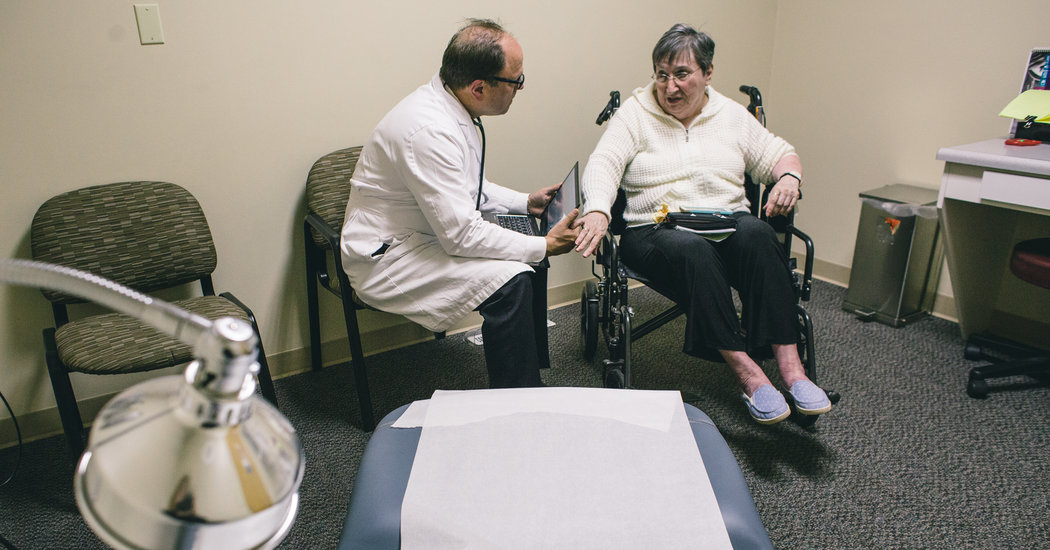 WASHINGTON — The Trump administration on Thursday instructed doctors to use more caution when taking chronic pain patients off opioid medications, a response to reports that many have been cutting off prescriptions too quickly, in some cases even dismissing patients from their practice.

The Department of Health and Human Services published a guide intended to be a course correction of sorts. In 2016, after years of rising addiction rates and deaths from prescription painkiller overdoses, the Centers for Disease Control and Prevention issued nonbinding guidelines for primary care doctors that urged more cautious prescribing. A backlash ensued, particularly from some doctor and patient groups who said the guidelines were hurting people with severe chronic pain, many of whom had been on high doses of opioids for years without becoming addicted.

After more than 300 medical providers, pharmacists, patient advocates and others emphasized these concerns in a letter to the C.D.C. earlier this year, the agency put out a clarifying statement saying the guidelines did not “support abrupt tapering or sudden discontinuation of opioids,” and warning doctors not to misapply them.

The new tapering guide goes deeper, detailing the potential harms to patients who abruptly stop taking opioids and laying out factors to consider and steps to take before starting a taper. It includes several examples of tapering protocols.

“We need to maintain a balance,” said Adm. Brett P. Giroir, the department’s assistant secretary for health, adding that “it is a false choice to say we could only limit opioid use disorder or addiction or have pain control.”

Annual opioid prescriptions in the United State peaked at 255 million in 2012 after increasing every year for more than a decade — a rise that fueled the epidemic of overdose deaths that continues to plague the nation. But by 2017, the number of opioid prescriptions had fallen to 191 million, a drop that President Trump has pointed to as a victory, even as his administration has begun responding to chronic pain patients angry about being forced off the drugs.

While deaths from prescription opioids have fallen — they are the main reason why fatal overdoses dipped slightly overall last year for the first time since 1990 — the number of people dying from illicit fentanyl, another opioid, continues to rise. Prescription painkillers were the main cause of overdose deaths until heroin, and then fentanyl, surpassed them over the last decade. Critics have argued that curbing prescriptions for legal painkillers drove some people to seek illegal opioids, like heroin and fentanyl.

The tapering guide was written by a work group led by Admiral Giroir, with members from the C.D.C., the National Institutes of Health, the Substance Abuse and Mental Health Services Administration and other federal agencies that fall under the health and human services department. Admiral Giroir and two others who helped lead the group — including Dr. Deborah Dowell of the C.D.C., the lead author of the 2016 guidelines — also published an article about the guide Thursday in the medical journal JAMA. The C.D.C. had already published its own “pocket guide” for doctors on tapering.

It says that opioid doses are typically reduced by between 5 and 20 percent a week, but that slower tapers are often better tolerated, partly because they are less likely to trigger withdrawal symptoms.

But the guide also lays out reasons to consider tapering patients off opioids, stressing that the benefits of staying on the drugs need to outweigh the risks. Those risks are substantial, including addiction and overdose, but many chronic pain patients and their doctors say they have been able to stay on high doses of opioids and function competently.

A growing body of research has found that opioids are usually not the best treatment for long-term pain other than from cancer and certain other conditions, and that over-the-counter ibuprofen, physical therapy and other approaches may work better, with far fewer risks.

Salimah Meghani, an associate professor of nursing and a pain researcher at the University of Pennsylvania who has criticized the C.D.C. prescribing guidelines, said the new guide “provides important and much-needed clarification.”

But she added that state-level crackdowns on opioid prescribing also need to be reconsidered, particularly those that limit daily opioid doses to below 90 morphine milligram equivalents. The 2016 guidelines advised not to increase doses above that level, but that prompted many states and insurers to set it as a limit for all non-cancer patients, including those who were already taking more.