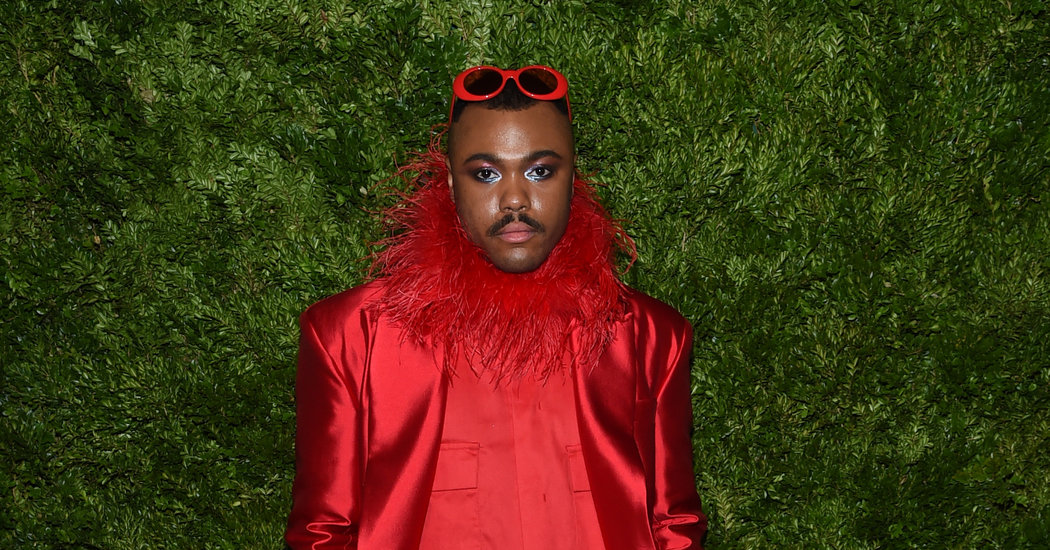 There can be something very unsettling about the crowning of a new fashion wunderkind in the shadow of a former fashion wunderkind closing his business. It has a way of reminding you just how complicated it is to be an independent designer these days.

Yet on Monday evening in the soaring, dahlia-filled environs of a new Cipriani restaurant at the southernmost tip of Manhattan, as the Council of Fashion Designers of America and Vogue crowned their Next Big Thing — a.k.a., the winner of the Fashion Fund award, established in 2003 to breathe new life into New York fashion after 9/11. While there were whispers over the pasta about how and why Zac Posen had gone dark, officially all was promise, positivity and industry solidarity.

Fashion would go on. And this year the chosen standard-bearer was Christopher John Rogers, a Baton Rouge-born, Brooklyn-based designer just a few years out of school, who has the force of self-belief and Michelle Obama behind him — even if his first runway show was not quite two months ago.

On receiving his award from the pregnant model Ashley Graham, as well as Paloma Eslesser and Alton Mason, Mr. Rogers described first discovering the CVFF (the new acronym for the award) when he was in school and the selection process became the subject of an Ovation Reality TV docu-series. He was resplendent in a full-length cherry red silk coat with feathered neck boa, matching boilersuit and matching red sunglasses. Then he thanked his parents and team, “who, through all the full time jobs and all the leaving early, allow us to make this collection.”

Mr. Rogers may be relatively new to fashion, but he has been surrounded by buzz since his first presentation three seasons ago. (Actually, before that: Cardi B wore a coat from his graduation collection to the BET awards in 2017.)

He has described his clothes — exuberant, unapologetic, largely evening wear-focused — as “a debutante ball thrown at Stonehenge and illustrated by Dr. Seuss,” but anther way to think of them is as clothes that take up space; that demand to be seen, and considered.

Mr. Rogers is not part of the American tradition of minimal sportswear; he’s part of a new tradition that is emerging, one unafraid of messing with history and redesigning it.

One collection, for example, was inspired by a mash-up of 1930s French couture, 1970s West African photography, early Isaac Mizrahi and Eames furniture. He said his spring 2020 collection was about “clowns on vacation,” and designers like Diane von Furstenberg (for whom Mr. Rogers used to work), Joseph Altuzarra and Adam Selman sat front row. Afterward, it received a standing ovation and reviews along the lines of “I was there when….”

Mr. Rogers will receive $400,000 with the award, and a year of mentorship from an established fashion world figure. It’s a big deal — the richest and most prestigious prize for an emerging American brand — though arguably this was actually his second major win, since Mrs. Obama wore a custom-made iridescent cyan suit with Swarovski buttons for the final evening of her book tour in May in Nashville.

Runners-up were Danielle Hirsch, of the bridal company Danielle Frankel (the first bridal designer to be nominated in the 16 years of the award) and Reese Cooper of Reese Cooper. Each will get $150,000.

Before the awards were handed out, Kerby Jean-Raymond of Pyer Moss, the 2018 winner of the CVFF, got everyone to wish Anna Wintour, Vogue’s editor in chief, a happy birthday, noting they both are Scorpios. She then paid tribute to Ms. von Furstenberg, the former longtime chairman of the CFDA who was presiding over her last award event, announcing with great pleasure: “That’s a wrap!”

She was talking about Ms. von Furstenberg’s famous dress, of course.

FacebookshareGoogle+sharePinterestpin it
How to Build a Modern BarnOn a Remote Siberian Island Asking, Was It Just a Dream?
Latest