Epstein Looms Over Speech by Billionaire Behind Victoria’s Secret 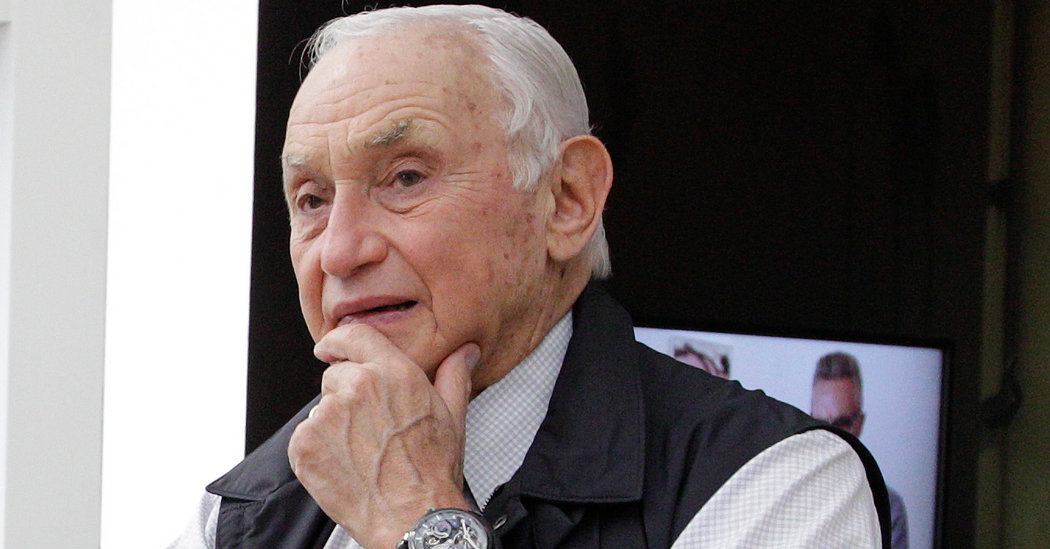 With investors and analysts gathered in Columbus, Ohio, on Tuesday for a day of presentations and store tours by the company that owns Victoria’s Secret and Bath & Body Works, Leslie H. Wexner, its chief executive and founder, spoke publicly for the first time about his longtime ties to Jeffrey Epstein.

“More than a decade ago, I severed relationships with a personal financial adviser,” Mr. Wexner, 82, the leader of L Brands, said without naming Mr. Epstein. He condemned Mr. Epstein’s behavior and deceptions by “people who have secret lives.”

Mr. Epstein was arrested in July and charged with sex trafficking involving girls as young as 14. Through written statements, Mr. Wexner has sought to distance himself from the financier, whom he employed for more than a decade. He has also said that Mr. Epstein “misappropriated vast sums of money” from him and his family. Mr. Epstein died last month in prison in what the authorities said was an apparent suicide.

“At some point in your life, we are all betrayed by friends, and if we haven’t, we’re really fortunate to have lived a perfectly sheltered life,” Mr. Wexner said at the presentation. “Being taken advantage of by someone who was so sick, so cunning, so depraved is something that I’m embarrassed that I was even close to, but that is in the past.”

L Brands said in July that it had hired lawyers at the direction of its board “to conduct a thorough review” into Mr. Wexner’s relationship with Mr. Epstein. It did not provide an update on the investigation on Tuesday.

Wall Street traveled to L Brands’ hometown to hear about turnaround plans at Victoria’s Secret, the lingerie chain that has found itself out of step with consumer tastes in the #MeToo era. L Brands shares have plummeted in recent years based on the dismal performance of Victoria’s Secret, which has been forced to discount its wares while ceding market share to nimble new competitors.

Analysts and investors were eager to hear from John Mehas, the former president of Tory Burch who took over Victoria’s Secret’s lingerie division this year. Mr. Mehas described an elevated look and feel at stores, with a new employee dress code and partnerships with outside brands like Livy and Bluebella. But he provided few details about how Victoria’s Secret and its marketing might evolve.

After the presentations ended and Mr. Wexner solicited questions, one analyst asked why the company did not appoint a woman to run its core lingerie division.

Mr. Wexner said that women had always led Victoria’s Secret and that Mr. Mehas was the first man to run the business. “We don’t want to be discriminating,” he said. Mr. Mehas, who was then asked to discuss the brand’s positioning, joked, “I don’t know if I can talk about it, being a man.”

Of the eight executives scheduled to speak about different parts of the business, including Bath & Body Works, Amy Hauk, chief of the company’s younger Pink brand, was the only woman. It was not the first time that concerns have been raised about the lack of women in the highest ranks of Victoria’s Secret and L Brands. Earlier this year, L Brands added two more women to its board following criticism from an activist investor.

During his presentation, Mr. Mehas said that Victoria’s Secret customers had been “very vocal about what she’d like to see from us, whether it’s inclusivity, whether it’s #MeToo, whether it’s different profile of models, whether it’s rethinking the show and we’re essentially in agreement.”

He added, “The point is it’s a fine line in terms of rethinking the next evolution of the brand and we’re being thoughtful about what that looks like.”

Some analysts expected more specifics. Leslee King, founder of Retail Republik, who was an executive at Victoria’s Secret for more than a decade, called Mr. Mehas’s presentation “uninspired,” adding that she could not discern a new outlook for the brand.

“It’s shocking that there wasn’t a discussion of the consumer and what’s important to her now in the intimate apparel category,” she said. Instead, Ms. King said, his presentation seemed focused on more narrow “fundamentals” of the retail business, like pricing across various stores and associate training.

Ms. Hauk, of Pink, described the brand’s target audience of college-age women in more detail, pointing to their heavy student debt load and desire for clothes they can wear “24/7.” Ms. Hauk said that Pink, which ultimately aims to funnel consumers into the Victoria’s Secret brand, had been closely studying the habits and desires of its Generation Z customers and was pursuing more diversity and authenticity in its marketing.

While analysts and investors had questions about the future of L Brands’ companies, there have also been questions about what lies ahead for Mr. Wexner. The Epstein scandal has spurred speculation around whether Mr. Wexner, the longest-serving chief executive in the S&P 500, may step back from the business or signal a successor.

At the end of the day’s presentations, he aimed to put those concerns to rest.

“The leadership of the business is superb — better than it’s ever been, individually and collectively,” he said. “I think we’ve done everything necessary to prepare to win. Now, we’ve just got to start scoring.”

FacebookshareGoogle+sharePinterestpin it
‘I Think You Need to Rewrite It’: Ruth Reichl on What Makes an Editor GreatJoan Johnson, Whose Company Broke a Racial Barrier, Dies at 89
Latest