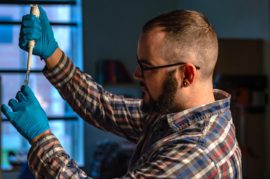 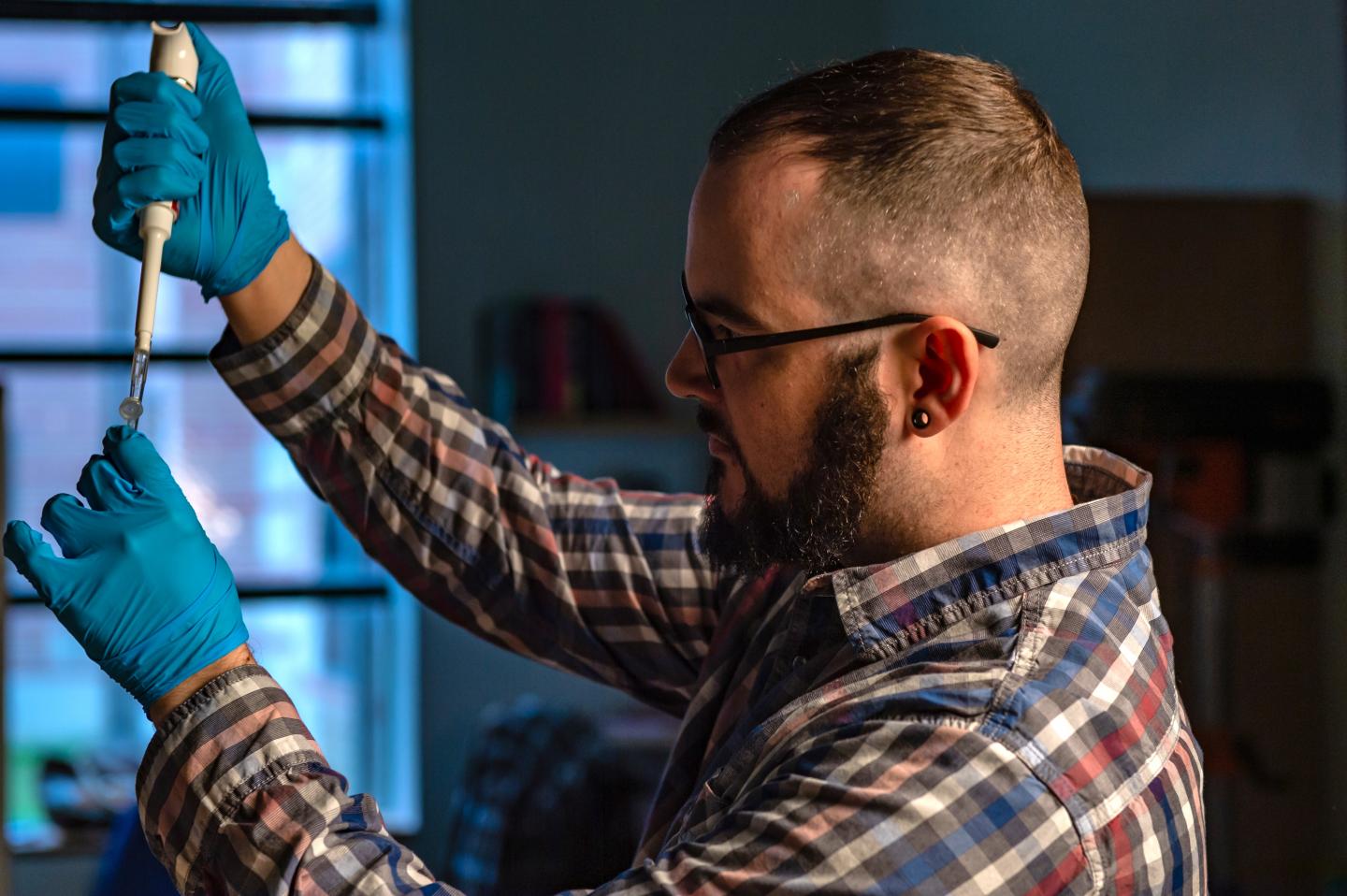 HOUSTON — (March 1, 2019) — How cells in developing embryos communicate depends a great deal on context, according to scientists at Rice University.

They found that a protein signaling pathway known as WNT and its interactions are far more dynamic than once thought as the response of different cell types to the same signals is dramatically different.

Researchers already knew that WNT, which carries messages across the cell membrane, is central to the early development of organisms and later helps stabilize cells in adults. Now they’re gaining a more complete picture of the pathway’s function.

Near the start of life, WNT signals provide key developmental cues from outside the cell, according to Rice bioscientist Aryeh Warmflash and graduate student and lead author Joseph Massey. These extracellular WNT signals help direct cell differentiation by triggering beta-catenin proteins that affect gene expression in the cell’s nucleus.

They found the WNT pathway not only listens for signals from a wider range of triggers than previously known but that while it is influencing the identities of new cell types during embryonic development, those new cell types are themselves beginning to change how they interpret WNT signals.

The study appears in the Proceedings of the National Academy of Sciences.

«We know that cells in development become all the different types of cells in the body,» Massey said.

«To do that in the right place and at the right time, they have to have some kind of positional timing cues, and share information with each other,» he said. «While we’ve known the identity of some of the proteins involved, we haven’t had the tools to understand them.

«In this work, we used modern gene-editing tools to visualize some of these transducer proteins, those in the WNT signaling pathway,» he said.

Warmflash said researchers previously focused on more mature cells. «They said, ‘Oh well, the WNT pathway is probably the same in every cell, so let’s just take the easiest cell to study.’

«We found that’s totally wrong,» he said. «The WNT pathway is different in stem cells and differentiated cells. Cells probably tune the dynamics of the WNT pathway to make it perform different functions in different contexts.»

The lab used cell-culture techniques developed by Warmflash and live imaging of single human pluripotent stem cells to view and collect data on changes in embryonic cultures to a fine degree. To track the changes, they used CRISPR-Cas9 gene editing to tag beta-catenin with green fluorescent proteins and see them accumulate in the nucleus.

The primitive streak is a structure that forms early in the development of an embryo, establishes the organism’s bilateral symmetry and serves as the focal point of gastrulation, where multiple layers of differentiation begin.

«Our research highlights for the first time for this signaling pathway that the dynamics, the way the cells interpret these signals, is very much context-dependent,» Massey said.

The researchers investigated some of the causes of these changing dynamics. They found that by altering levels of activin and bone morphogenetic protein (BMP), both members of the TGF beta «superfamily» of growth factor proteins, they were able to change the dynamics of beta-catenin signaling. As TGFb factors are also involved in cellular differentiation, this is a possible cause of the changing dynamics of WNT signaling during development, Warmflash said. The experiments demonstrated one way that beta-catenin signaling in stem cells adapts to a constantly changing environment.

«What’s interesting is that all of these developmental pathways are, throughout the course of an organism’s development, recycled for different roles,» Massey said. «At the beginning, the WNT signaling pathway is perhaps specifying different tissues to become the right type of tissue in the right place. Later on, it’s maintaining homeostasis or other processes in the adult.

«Really, the WNT pathway does all sorts of things,» he said. «It may turn out that how the signal is interpreted has something to do with the context the pathway’s in and what that pathway’s actually doing. But before we developed these tools it was very difficult to go about asking these questions.»

Since mutations to the pathways are frequently found in human cancers, understanding the mechanism is important in more ways than one, Warmflash said.

«What natural pathways do is much more intricate and complex than anything people have been able to build,» he said. «If you can understand it, you can use it.»

«We still only understand a fraction of how early development works,» Massey said. «Eventually we will be able to explain these developing systems with increasingly predictive models, and to get there we must make specific quantitative measurements. Hopefully as we better understand how cells use pathways to communicate, clinicians might someday exploit these dynamics to treat diseases.»

Co-authors of the paper are Rice alumna and research technician Yida Liu and undergraduate Omar Alvarenga, former Rice technician Teresa Saez, now at Cambridge University, and alumnus Matthew Schmerer, now at the Centers for Disease Control. Warmflash is an assistant professor of biosciences and bioengineering.

This news release can be found online at https://news.rice.edu/2019/02/28/embryos-signaling-proteins-go-with-the-flow-2/

A time-lapse, fluorescent microscopy video shows three aspects of the same human embryonic stem cells responding to the application of WNT3A, a protein that activates the WNT signaling pathway. In the videos, beta-catenin is shown in green and the cells’ nuclei are in magenta. The graph at bottom right shows the average amount of beta-catenin in hundreds of stem cells’ nuclei. Levels rise dramatically when WNT3A is introduced, but fall off over time. The nuclei were identified using custom software written by Rice University researchers Joseph Massey and Aryeh Warmflash. (Credit: Warmflash Lab/Rice University)

Rice University graduate student Joseph Massey, lead author of a new study on the complexity of signaling pathways in the cells of developing organisms, looks at cells under a lab scope. Massey and Rice bioscientist Aryeh Warmflash led a team that determined protein signaling in embryos is far more complex than previously thought, as pathways take cues from many other players. (Credit: Jeff Fitlow/Rice University)

Located on a 300-acre forested campus in Houston, Rice University is consistently ranked among the nation’s top 20 universities by U.S. News & World Report. Rice has highly respected schools of Architecture, Business, Continuing Studies, Engineering, Humanities, Music, Natural Sciences and Social Sciences and is home to the Baker Institute for Public Policy. With 3,962 undergraduates and 3,027 graduate students, Rice’s undergraduate student-to-faculty ratio is just under 6-to-1. Its residential college system builds close-knit communities and lifelong friendships, just one reason why Rice is ranked No. 1 for lots of race/class interaction and No. 2 for quality of life by the Princeton Review. Rice is also rated as a best value among private universities by Kiplinger’s Personal Finance.

FacebookshareGoogle+sharePinterestpin it
5 Fabulous Dishes to Make This SpringFrom 1969 to 2019, a Day at The New York Times
Latest