Can Food Tours Stray From the Beaten Path Without Ruining the Experience? 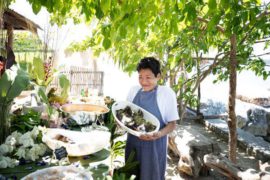 In the remote coastal villages of Russia’s Far East, where the nomadic Chukchi still hunt walrus with handcrafted ivory-headed harpoons, it is ritual to offer visitors freshly caught meat.

“You cannot refuse,” said Barbara Muckermann, the chief marketing officer of Silversea Cruises, whose ships dock in the region several times a year. “Sharing food is important in their culture.”

Once, Americans abroad were suspicious of foreign delicacies, scurrying back to the safety of their hotels and ships for a bland simulacrum of dishes they could get back home. But for a growing number of leisure travelers — those privileged enough to cross borders not out of necessity, but for pleasure — food has become essential to an encounter with another culture, from olive oil in Slovenia to poi (pounded taro root) in Hawaii to kokoretsi (lamb-intestine sandwiches) in Turkey.

Today’s wanderers have been called to the gospel of Anthony Bourdain, the irreverent chef and writer whose ecumenical pursuit of food in all its incarnations (blood and guts included) was chronicled in the TV series “A Cook’s Tour,” “No Reservations” and “Parts Unknown” until his death last June.

Attempts to follow in Mr. Bourdain’s footsteps are typically orchestrated by small, independent, sometimes eccentric tour operators. They have roots in a place, so they can point you toward the tofu counter hidden inside a flower shop, or the neighbor selling bowls of pho in her living room, down a skinny unlit alley and up three flights. You’ll know you’re there by the number of shoes kicked off in the hallway.

But now international giants, historically deft at placating guests with stately buffets and fine, indeterminately European menus, are joining the fray. They, too, want to sate that “special hunger,” as M.F.K. Fisher described it, that pushes explorers “beyond their known horizons, to subsist or not on locusts and baked phoenix-eggs.” 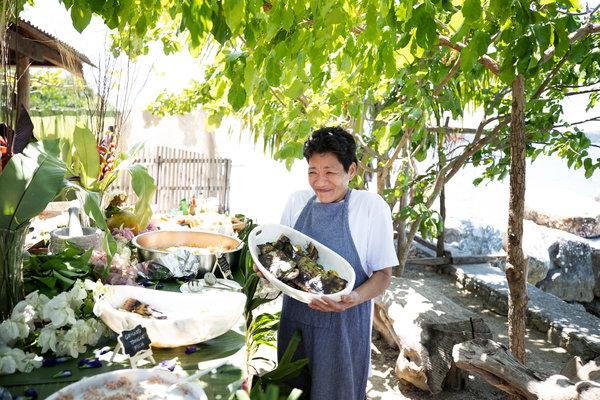 Among the highest-profile contenders is Silversea, headquartered in Monaco and valued at about $2 billion. (It recently forged a partnership with Royal Caribbean, the world’s second-largest cruise line.) A new 596-passenger ship expressly designed for culinary voyages, with a test kitchen that doubles as a clubhouse, is under construction and scheduled to launch in the summer of 2020.

Building a ship is a commitment. A trickier challenge, for companies big and small, is how to design an orderly, comfortable and reasonably hygienic group eating experience that still feels genuine. There’s a risk of turning local foodways into just another commodity, particularly in the developing world, where tourist dollars count for more.

Already the influx of gastro-pilgrims has upset some natural algorithms. Last year in Bangkok, after the crab-omelet specialist Raan Jay Fai was anointed with a Michelin star, waits for a table at the tiny shop-house restaurant stretched to three hours.

While the spike in business is a financial boon, the owner — who cooks each omelet herself, wearing ski goggles to protect herself from the spitting oil — has said that she wishes she could give the star back.

There is little chance the crowds will let up. A 2016 report by the World Food Travel Association classified 93 percent of vacationers worldwide as “food travelers,” who seek out food beyond the demands of sustenance — attending a class on cooking mole in Oaxaca, say, or riding a boat at dawn through a floating market in Kashmir.

The philosopher Lisa Heldke has critiqued the colonialist impulse behind what she calls “eating adventures,” which she likens to collecting and uprooting artifacts from their cultural context.

But some tour operators contend that in opening our mouths, we open our minds.

“The polarized view that we get, the xenophobia, comes from the lack of a data set,” said Luis Vargas, the chief executive of Modern Adventure, which funnels data in the guise of weeklong eating and drinking itineraries in destinations like the Republic of Georgia and the Basque region of Spain.

In this thinking, a basket of dumplings can teach as much about a culture as its greatest monuments.

When Little Adventures in Hong Kong helps you decode the tome of a menu at a Cantonese restaurant — so “you don’t repeat dishes with the same ingredients or cooking methods,” said Daisann McLane, the company’s founder — you may earn a grudging nod of approval from the waiter and a deeper understanding of the society in which these feasts are central.

Sometimes, the lesson is knowing when not to eat. As Yukari Sakamoto of Food Sake Tokyo steers visitors through the bright sprawl of a depachika (department-store food hall), she delicately cautions against snacking while walking; in Japan, it’s considered impolite.

The sociologist Krishnendu Ray, who heads the department of nutrition and food studies at New York University, sees hope in culinary travel. “It allows you to engage with others on their terms, their vernacular tastes,” he said.

Still, he added, “If you don’t care about the lives and livelihoods of people involved in growing and making your food, attention to the food alone cannot take you far.”

More and more, tour operators are trying to give travelers a sense of the substance of those lives. In Mexico City, Rocío Vazquez Landeta of Eat Like a Local is conscious of the income differential between the visitors on her forays through the shambolic La Merced market and the vendors they meet.

So, while some guides in the area demand discounts, she makes a point to pay vendors not only full price for their goods, but also for the time they take to explain ingredients and dishes to her customers. And she has hired an English tutor for six of the vendors’ children — who at 8 to 11 years old are already working alongside their parents — and tips them to help lead tours on weekends.

On her website, Ms. Vazquez Landeta encourages people to bring photographs of their home countries as gifts for the children. “I’m not Mother Teresa,” she said. “I just want to show them that the world is bigger.”

Ms. Vazquez Landeta’s Eat Like a Local tours introduce visitors to the likes of chapulines (grasshoppers). CreditSam Youkilis for The New York Times

Mona Boyd, the Arkansas-born founder of Landtours in Accra, Ghana, started highlighting West African fare in her packages five years ago, arranging for small groups of travelers to dine in the homes of local families. But she felt that the experience was too much like going to a restaurant. It wasn’t immersive enough.

Now, instead of just showing up to eat, visitors arrive early to prepare dishes like nkatenkwan (groundnut stew) and red-red (black-eyed pea stew), and to learn something about their hosts along the way.

“These are kind people, not rich, but willing to open up their homes to you,” Ms. Boyd said. “When you eat their food and enjoy it, you show you like them, too.”

Such informal settings can foster a more candid cultural exchange. But they must be carefully vetted by tour operators, to make sure that customers don’t get sick from ingredients washed in unpurified water or a chicken dropped on the floor before being thrown into the pot.

Even the gutsiest customers may balk at a street stall’s grimy patina or at the frank scent of a prized local delicacy. Reassurance is part of a guide’s job.

In Vietnam, Van Cong Tu tells guests on his Hanoi Street Food Tours — which go down alleys so tiny, Google Maps can’t find them — that the great fistfuls of raw herbs accompanying almost every dish are safe to eat. (They often wind up submerged in hot soup.) Without the herbs, you’d miss half the flavor.

Joe DiStefano, a New Yorker whose World’s Fare Food Tours take visitors to chaat shops, smoky kebab stands and labyrinthine basement food courts in his home borough, Queens, respects that some of his customers have reservations about what they eat.

At one stop, he said, “we go look at the durian” — a thorny tropical fruit that smells of rotting socks dredged from the bottom of the sea.

Then, if everyone is comfortable, he said, “We eat it.”

The logistics of comfort are of particular concern to higher-end operators who specialize in trips of a week or longer. The kind of traveler they target may not want a luau on a manicured hotel lawn, but still expects a certain degree of ease.

This doesn’t have to mean a bowdlerized, at-arm’s-length experience, however. To Neil Coletta, the brand and product manager of Intrepid Travel’s Real Food Adventures, the real luxury is “direct access to local communities which would be really hard, if not impossible, to navigate on your own.”

One of the company’s tours covers Israel and the Palestinian territories, with stops at the home of a Jewish family in the Negev Desert and at a cooking school in Nablus founded to empower impoverished women.

Mr. Coletta works closely with local guides who have personal relationships with street vendors and home cooks willing to share their secrets. “It feels like you’re just visiting family with family,” he said.

Other companies cater to jet-setters more interested in the rarefied heights of a country’s cuisine than in the nitty-gritty of its inhabitants’ lives. The luxury shopping site VeryFirstTo.com, which has since shut down, once offered a six-month trip with seats at each of the world’s restaurants that had won three Michelin stars. It cost more than a quarter of a million dollars and required consuming a five- to 27-course tasting menu every other day — an itinerary to imperil the body, if not the soul.

Adam Sachs, a former editor in chief of Saveur and the director of Silversea’s new culinary program, leading a foray through a jungle in Bali on a recent preview voyage.CreditLucia Griggi

Ms. Muckermann, of Silversea, didn’t want to structure the company’s new Sea and Land Taste program around celebrity chefs and hermetic fine-dining rooms. A younger generation of travelers is braver than that, she said: “They’ve seen more walls going down than going up.”

Instead, she tapped Adam Sachs, a former editor-in-chief of Saveur, to take a reportorial approach and shape a narrative around the ingredients and cooking techniques found in each region. He has tracked down inside sources like Maya Kerthyasa, a member of the royal family of Ubud in Bali, who shared her 95-year-old grandmother’s spice-paste recipes with passengers on a preview trip in Southeast Asia this month.

Maya Kerthyasa, a member of the royal family of Ubud, showing Silversea passengers how to prepare spice pastes from recipes handed down by her 95-year-old grandmother.CreditMawan Kelana

“Ideally, you come away with a better understanding of why people eat in a certain way,” Mr. Sachs said. “Not just, ‘I tried everything.’”

On board, one of the ship’s eight restaurants, which have traditionally focused on Western food, will shift cuisine depending on its place of berth, so more cautious passengers — those along for the ride just to see the region — can still get a taste.

But the cautious may be dwindling in number. As Ms. Muckermann recalls, on Silversea’s voyages to the Russian Far East, guests are gently warned that if they visit the Chukchi village, they may be presented with boiled walrus. If they feel unready for such an honor, they can forgo the expedition.

“Most people come,” she said. They make the leap — from the security of the ship to the uncertainty onshore, from one culture to another. They eat the walrus.

FacebookshareGoogle+sharePinterestpin it
It’s No Secret: She Developed a Filter. He Became More Outgoing.Off the Menu: Thailand’s South Gets Its Due in Williamsburg, Brooklyn
Latest