A Glittering Goodbye to Hector Xtravaganza 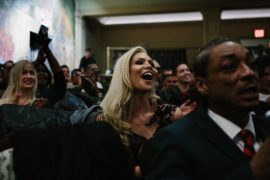 “You can’t wear your hair down in a sequin dress,” a voice echoed through a corridor backstage, while fixtures of New York’s ballroom scene primped and prepared. “It snags!”

Outside, a dazzling line of stylish guests waiting to enter El Museo del Barrio on the Upper East Side stretched from the entrance to the end of the block, around the corner and then some.

They all had arrived on Saturday afternoon to celebrate the life of Hector Xtravaganza at a memorial held at the museum. Friends, family and followers gathered to pay their final respects. 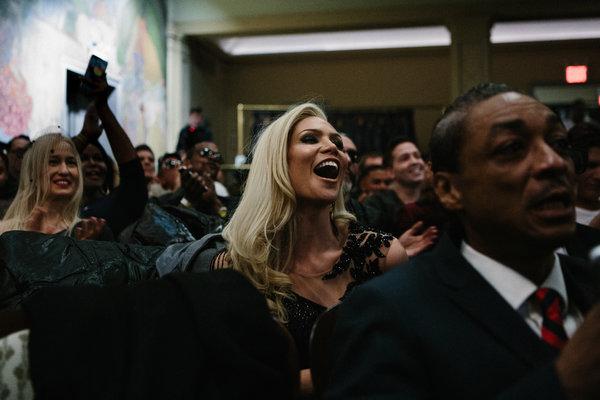 Hector was a fashion designer, a night life denizen, a dancer and a community activist who aimed to help lift the social stigma surrounding those who were H.I.V. positive. He has been credited with helping bring the city’s vibrant ballroom circuit and vogueing scene into the mainstream.

The Extravagant Life of Hector Xtravaganza 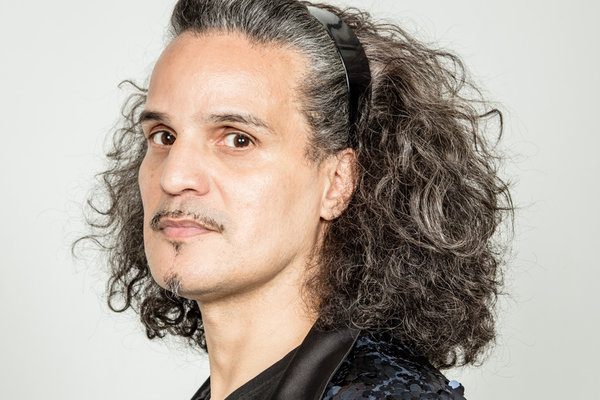 Hector — born Hector Crespo — was an original member of the House of Xtravaganza, one of several groups from the 1980s New York ballroom scene who were thrust into the limelight by the popular documentary film “Paris Is Burning.” At the time of his death, he carried the title of “Grandfather,” acting as the patriarchal figure who prioritized looking out for members of his family.

In the 1970s and 1980s, a New York City L.G.B.T. community was forming in the Harlem ballroom scene and at the Christopher Street pier in Greenwich Village — a popular hangout that Hector would frequent. Teens who had run away or been kicked out of their homes by families disapproving of their sexual orientation found acceptance in the ballroom world. Many joined “houses,” or chosen families that would compete at balls.

A large number of the dancers from that era attended Saturday’s memorial.

Guests in stylish attire filled the museum’s auditorium. There were feathers and sequins. Elegant hats rested atop faces covered by oversized sunglasses. Men strutted with open, sternum-exposing dress shirts. Everyone usually greeted one another with a kiss on the cheek.

The room seemed to be a combination of veterans from the scene embracing longtime acquaintances and bright young disciples honoring their newly found family by paying respects to the man who introduced it to them.

A large golden X stood on each side of a stage set up for eulogies. A giant red, gold and silver crystal-encrusted stiletto heel accompanied those who spoke at the lectern.

“I will sum up my cousin and quote him: ‘Blood does not family make. Those are relatives,’” said Jose Disla Xtravaganza, a member of the house and Hector’s longtime friend. “‘Family are those with whom you share your good, bad, and ugly, and still love one another in the end. These are the ones you select.’”

The room was decorated in burnt orange and many of those who spoke also wore that color. Mr. Disla Xtravaganza said Hector had been fixated on burnt orange toward the end of his life.

Jennie Livingston, director of “Paris is Burning,” recalled her time working with Hector and spoke about his dedication to outreach. Dominique Jackson, a star of the FX network show “Pose,” set in the ’80s New York ball scene and on which Hector appeared and worked as a consultant, spoke of Hector’s generosity and support during her gender confirmation surgery.

Father Jose Gutierez Xtravaganza, a house leader, dancer and choreographer known for his work with Madonna in the early 1990s, reminisced about ballroom competitions with categories like “Butch King,” which Hector regularly won.

“Back in the day, the ‘Ganza kids really had nothing, but we had each other and we had our truth,” he said. “We had to fight for everything, including respect in the ballroom scene and the world. We had to fight for our dignity and to have our identities even recognized. We even had to sometimes fight for our lives. We looked out for one another. We were family, and those that didn’t have, never went without. That was Xtravaganza.”

A flute rendition of “Amazing Grace” played while black and white photographs of a young Hector danced across a backdrop onstage. Sobs and sniffles from attendees accompanied the music as if they were written into the melody.

A printed proclamation from City Hall was presented and read aloud, which carried a message from Mayor Bill de Blasio recognizing Hector Xtravaganza’s contributions to the culture of New York City, his volunteer work and mentorship of the youth of the city’s L.G.B.T. community. The mayor had officially declared the date as “Hector Xtravaganza Day.”

To close the ceremony, four women in glimmering golden gowns performed a spirited and emotional lip sync of “The Other Side of the Rainbow” by Melba Moore. A subsequent standing ovation brought one performer to her knees in tears.

As guests filed out of the spacious hall to say their goodbyes, Hector Xtravaganza’s urn, capped with a crown, and embellished with deep red, shiny silver, and burnt orange gemstones was left onstage.