A Farmed Striped Bass Worth Roasting 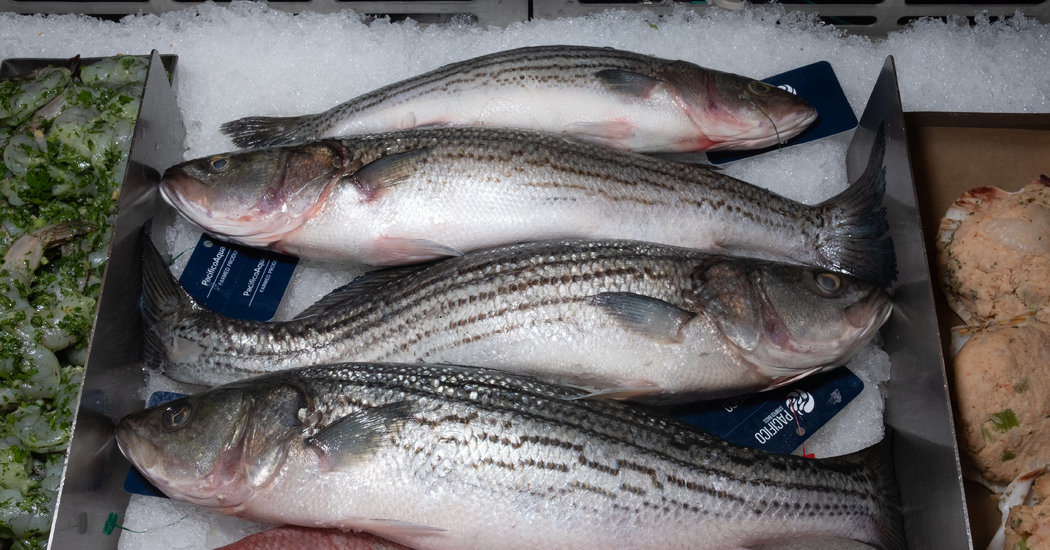 Wild striped bass, also called stripers or rockfish, are a treasure. Nothing quite compares with the sleek, muscular fish. Until now, farmed versions have been a hybrid with little flavor or succulence. But a new kind of farmed striped bass has come on the market that’s not a hybrid; it is genuine morone saxatilis, the same as the wild fish. They are being raised in deep waters of the Pacific off northern Baja California. The company, Pacifico, says it has an agreement with the Mexican government for the only aquafarm in that area, a marine sanctuary with no industry nearby. The fish are raised on feed made mostly from the trimmings of other fish. I roasted a one-and-a-half pounder, cleaned and scaled but whole, with a fillet of wild striped bass alongside to compare them. The thick flesh of the wild fillet, from a big fish, was firm yet silky; the texture of the farmed fish was less firm. As for the flavor, they were similar, though the farmed fish was not as rich.

FacebookshareGoogle+sharePinterestpin it
Medical News Today: What to know about headaches after exerciseSo Long, Boyfriend Jeans. It’s All About the Girlfriend Top Now.
Latest