A Dating App for Three, Plus 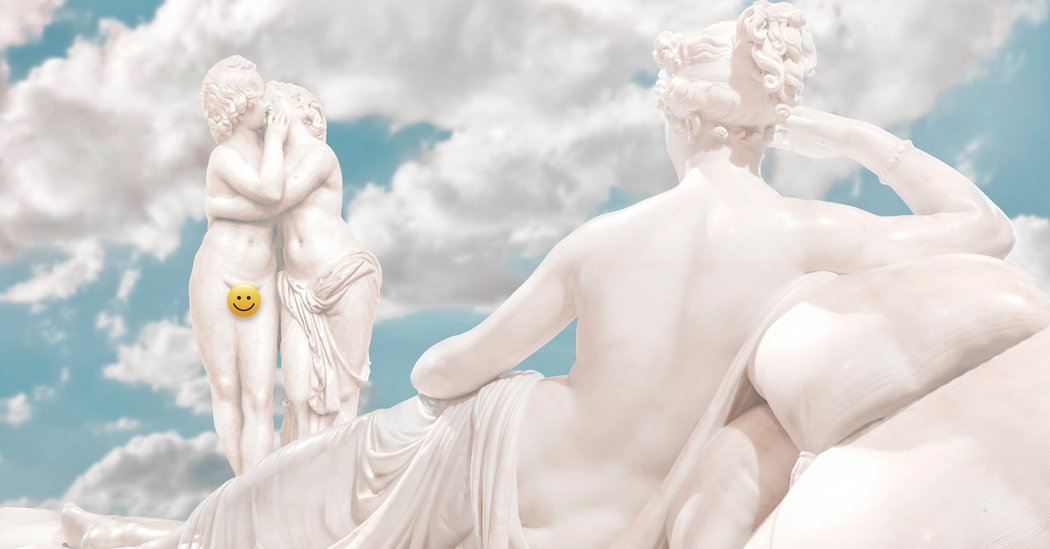 Feeld is a dating app with options that put the Kinsey scale to shame.

If you’re single, you can set up an account stating your preferences and curiosities, as you might with any other service. The app lists 20 possibilities for sexuality alone, including heteroflexible (straight-ish) and homoflexible (gay, for the most part).

But couples and partners can sign up, too, in service of finding a third — or a fourth.

The app was released in 2014 by Dimo Trifonov and Ana Kirova, two graphic designers living in London, as 3nder (pronounced “Thrinder”). They hoped to appeal to individuals and partners looking to join or have threesomes. But after Tinder filed a lawsuit and the company rebranded as Feeld (as in “playing the”), the founders said they welcomed the opportunity to expand the mission of the app.

“Feeld is a platform for alternative dating, for people who are beyond labels,” Ms. Kirova said in an interview. “They can meet each other without the necessity of coming from a very defined place with a very defined requirement.”

According to the company, the majority of Feeld users are between the ages of 26 and 32, and they cluster in major cities: New York, London, São Paulo, Los Angeles and Paris. About 35 percent are on the app with a partner, and 45 percent identify as something other than heterosexual. (Gender options include nonbinary, intersex and two-spirit, as well as gender-nonconforming, genderqueer and gender-questioning.)

Feeld facilitates types of sexual attachment that are not exactly novel, but are often described in novel terms. (See “thrupple,” a term sometimes used to describe a romantic partnership for three people.) And it’s certainly popular, or at least, of growing interest to many. The company did not provide the most up-to-date download information (in 2016, it reported 1.5 million downloads), but says there are currently 12,000 connections made on Feeld and an average of 100,000 messages sent on a daily basis.

It’s not just the vocabulary of sex and sexuality that has evolved.

The rhetoric of relationships has become increasingly about labor (a lasting romance takes work), and the rhetoric of labor has become about relationships (each company is a family). Consequently, start-up origin stories are often expressed as love stories — the result of passion and ambition, open communication and ready collaboration. For Mr. Trifonov and Ms. Kirova, who began dating six years ago, those semantics are true in every sense. They made Feeld as much for their users as for themselves.

Mr. Trifonov said that they had been together for two years when Ms. Kirova revealed she also had feelings for a woman. “She felt really bad about it, like she was doing something wrong,” he said.

The two met in London, though they were both raised in Bulgaria, an environment Ms. Kirova described as rigid. “If you’re not straight, you’re not normal,” she said. Ms. Kirova considered herself and Mr. Trifonov to be open-minded — “artistic” is how she put it — but it took her a long time to question her own straightness. “That moment when things started shaking and changing, I was like, I’m losing my identity,” she said.

Mr. Trifonov and Ms. Kirova wanted to stay together while also giving Ms. Kirova space to try other relationships, but they didn’t like the options available to them. (They decided to search as a couple.) They felt unfairly judged by the label “swingers,” and recall users on other dating apps reaching out to say they shouldn’t be in spaces intended for single people.

The company struggled to find funding at first: Mr. Trifonov said many prospective investors considered the app “adult entertainment,” which venture capitalists tend to avoid for reasons as legal as they are moral. (On that, Mr. Trifonov said: “How come you can’t differentiate pornography from sexuality? These are two different things.”) Apps like Tinder and Bumble don’t advertise their utility when it comes to polyamorous exploration, but they can be used to the same end. (OkCupid recently added a feature that allows couples to link their accounts in their pursuit of a third.)

Eventually an angel investor swooped in to save Feeld, but the fact that the business is sex-related has presented other challenges.

An attempt to build a Feeld integration for Slack, which would allow co-workers to anonymously confess their office crushes, was, unsurprisingly, shut down — a human resources complaint waiting to happen (the company told Mr. Trifonov it was a violation of their developer policy). The money transfer app TransferWise temporarily blocked Feeld’s ability to collect money for paid memberships (which offer more privacy) because Feeld was considered “adult content.” Mr. Trifonov also claims he was refused an office rental because the landlord didn’t approve of the nature of their business.

Now, the company is up and running more or less smoothly, with some 20 people employed. In the tradition of small businesses everywhere, all workers do multiple tasks, and titles are given more for the benefit of people outside than those within it. (The company also runs an event series on nonmonogamy and put out a magazine.) Ms. Kirova describes herself as being responsible for general product leadership, long-term conceptual ideas, as well as much of the hiring and personnel decisions. Mr. Trifonov, the founder and head of the operation, believes she’s just being modest: “She’s like the unicorn of the company,” he said.

I asked if he thought that there was some overlap between the two expectations: that social mores, from business to the bedroom, are better overthrown than followed. “I guess they overlap somehow, don’t they?” he replied. “When you have the mind-set of questioning things, it applies everywhere. We questioned our relationship. We questioned the way the business will work.”