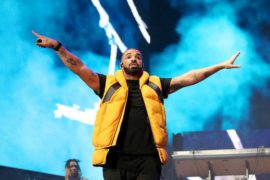 The rap stars Kendrick Lamar and Drake lead the list of nominees for the 2019 Grammy Awards announced Friday, but right behind them is a crop of young and less heralded artists, notably women, after years of friction about diversity, including a major dust-up over gender representation after the last ceremony.

The Instagram star turned rapper Cardi B, the folk singer-songwriter Brandi Carlile, the left-of-center country singer Kacey Musgraves, and the R&B artists H.E.R. and Janelle Monáe are among the women who will compete for album of the year against some of hip-hop’s biggest names. Lamar received eight nominations — including his fourth for album of the year — for his role as executive producer of the soundtrack to Marvel’s “Black Panther,” and Drake was nominated seven times in connection with his blockbuster double album “Scorpion” and guest appearances. Rounding out the category is “Beerbongs & Bentleys” by the 23-year-old rapper and singer Post Malone.

But each of the big four general field categories — record of the year, song of the year, album of the year and best new artist — is dominated by women, including six out of eight acts up for best new artist: Chloe x Halle, H.E.R., Dua Lipa, Margo Price, Bebe Rexha and Jorja Smith. (The others are the country singer Luke Combs and the retro-rock band Greta Van Fleet.)

[Who got snubbed, and whose nomination was a big surprise? See the round table.]

Neil Portnow, the president and chief executive of the Recording Academy, the organization behind the Grammys, said in a statement that “reflection, re-evaluation and implementation” were the “driving forces” behind recent changes to the show’s processes, and therefore its nominations. Portnow, who will step down in 2019, drew ire from prominent women in music, some of whom called for his resignation, after the 60th annual Grammy ceremony in January, when he told reporters backstage that women in music needed to “step up” if they wanted recognition in the industry.

Amid the backdrop of the #MeToo and Time’s Up movements against harassment and professional inequality, only one woman, Alessia Cara, won a major award in one of the televised categories this year and Lorde, the only female nominee for album of the year, was not offered a solo performance slot. A report published before the show found that of the 899 people nominated in the last six Grammy Awards, just 9 percent were women. (Portnow later said he regretted his wording, and that his comments had been taken out of context.) 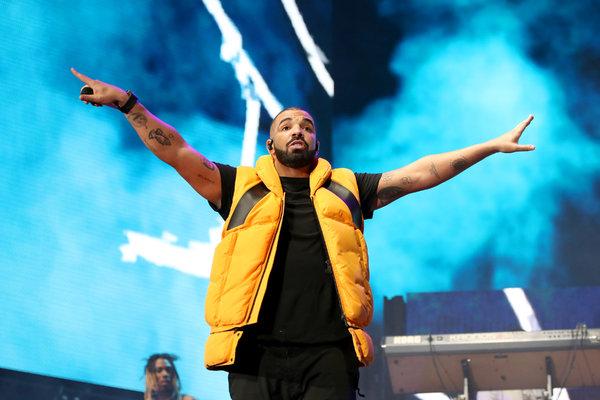 Drake earned the second-most nominations; his seven nods include record, album and song of the year.CreditChristopher Polk/Getty Images

In the months that followed, the Recording Academy announced a task force on diversity and inclusion, and made an effort to register new voters, the organization said. It also increased the number of nominees in the major categories from five to eight, in line with recent expansions at the Academy Awards.

Five of the songs nominated for record of the year, which is awarded to a track’s performers, feature women in leading roles: “I Like It,” by Cardi B, Bad Bunny and J Balvin; “The Joke” by Carlile; “All the Stars” by Lamar and SZA; and “The Middle” by Zedd, Maren Morris and Grey. Also nominated in the category: Childish Gambino’s No. 1 hit “This Is America,” which went viral via its politically and racially provocative video; Drake’s No. 1 single “God’s Plan” and Post Malone’s No. 1 “Rockstar,” featuring 21 Savage.

Nods for song of the year went to the writers of “All the Stars,” “The Joke,” “The Middle,” and “This Is America,” plus Ella Mai’s R&B anthem “Boo’d Up,” Shawn Mendes’s power ballad “In My Blood,” and “Shallow,” from “A Star Is Born,” by Lady Gaga and Bradley Cooper.

The 61st annual awards will be broadcast by CBS from the Staples Center in Los Angeles on Sunday, Feb. 10.

Notably absent from the major categories is Taylor Swift, typically a Grammys favorite, who has 10 awards, including two for album of the year. Her three-times platinum “Reputation,” which delved further into an au courant pop sound following her smash “1989,” received just one nomination, for best pop vocal album. The category also features albums by Camila Cabello, Kelly Clarkson, Ariana Grande, Mendes and Pink, recognizable stars who were thought to have a chance at nominations in the bigger categories. And Kanye West, who has 21 awards, was nominated in just one category as well: producer of the year, non-classical, where he will vie against Boi-1da, Larry Klein, Linda Perry and Pharrell Williams.

The nominees for the four marquee awards are split between the hip-hop streaming juggernauts and more niche artists. “Scorpion,” “Black Panther: The Album,” “Beerbongs & Bentleys” and Cardi B’s “Invasion of Privacy” all topped the chart and have been fixtures on streaming services.

Brandi Carlile sold 43,000 copies of her nominated album, “By the Way, I Forgive You,” in its debut week.CreditJack Plunkett/Invision, via Associated Press

[Never miss a pop music story: Sign up for our weekly newsletter, Louder.]

Carlile, who has been nominated just once before (in the best Americana album category), sold only 43,000 copies of her nominated album, “By the Way, I Forgive You,” in its debut week, when it reached No. 5 on the Billboard chart. The self-titled debut from H.E.R. peaked at No. 47 and does not feature a hit single, while Musgraves — who was also nominated for best solo country performance (“Butterflies”), best country album and best country song (“Space Cowboy”) — has sold barely 100,000 copies of her album of the year contender, “Golden Hour.” Monáe’s “Dirty Computer,” another best album nominee, was also a modest seller.

In recent years, hip-hop and R&B, genres that dominate commercially, have been more prevalent in the major Grammy categories, but that has not always translated to wins: Jay-Z, the most nominated artist at the ceremony in January, came up empty in eight categories this time, and Lamar, who has now been nominated 37 times and won 12, has lost album of the year three times. (Most recently, the pop/R&B singer Bruno Mars took home the big award for his album “24K Magic.”)

“Black Panther: The Album,” which also features the Weeknd and a smattering of West Coast rap, plus elements of African music, could prove a roundabout contender for best album. In the last 40 years, three soundtracks have won in that category — “Saturday Night Fever” in 1979, “The Bodyguard” in 1994 and “O Brother, Where Art Thou?” in 2002. (The first-ever Grammy Award for album of the year went to a TV soundtrack: Henry Mancini’s “The Music From Peter Gunn.”)

As the Grammys grapple with identity, some of the most popular names in music have opted out of the show, whose viewership dropped 24 percent this year to a nine-year low. In 2017, Drake, who has 42 career nods, was nominated for eight awards and won two, but declined to appear at the ceremony, saying later that he felt “alienated” from the institution. The next year, the rapper declined to submit his “More Life” project for consideration, following in the footsteps of Frank Ocean, and once again did not attend.

From there, voters are directed to make selections in their areas of expertise — up to 15 categories, plus the four general awards — to determine the long list of nominees. For many of the major categories, including the big four and genres like rap, rock, R&B and jazz, the voters’ top 20 picks are then narrowed down by more opaque review committees, which determine the final nominees, with winners selected later by the general membership of about 13,000 voters.