Will Science Ever Give Us a Better Night’s Sleep? 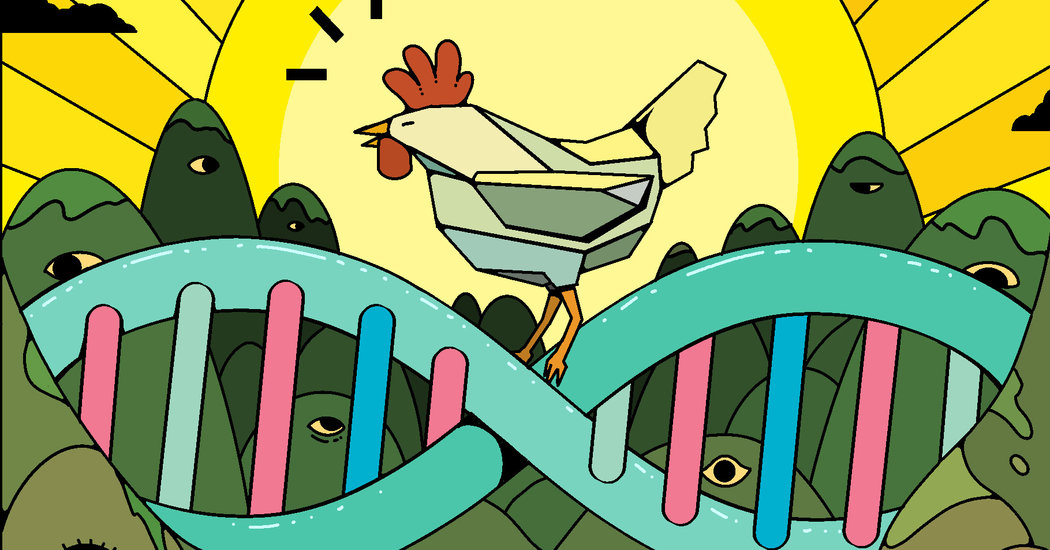 We humans spend a third of our lives asleep, oblivious to our surroundings and temporarily paralyzed. It’s a vulnerability that would seem to diminish our odds of survival, so evolutionarily speaking it must also somehow confer tremendous benefits. Yet our best guesses about what those benefits are tend to come from observing what happens when sleep is curtailed. As far as we know, all animals sleep in some way; deprive most of them of it for long enough, and they will die, but exactly why is unclear. In 2015, the American Academy of Sleep Medicine and the Sleep Research Society published a joint statement, based on a comprehensive review of research, saying that “sleeping less than seven hours per night on a regular basis” — which is the case for an estimated 35 to 40 percent of Americans during the workweek — is associated with adverse health outcomes. These include weight gain and obesity, diabetes, hypertension, heart disease and stroke, depression, impaired immune function, increased pain, greater likelihood of accidents and “increased risk of death.” The National Institutes of Health reported last year that sleep deficits may increase the beta-amyloid proteins in the brain linked with Alzheimer’s disease. But when it comes to “what sleep is, how much you need and what it’s for,” says Louis Ptacek, a professor of neurology at the University of California, San Francisco, “we know almost nothing — other than it’s bad not to get enough of it.” Indeed, says David Dinges, one of the statement’s authors and a professor of psychiatry at the University of Pennsylvania, “All of this makes it really tough to send out simple messages to the public about when you should sleep and how much you should sleep.”

Scientists believe that there are two separate but interrelated internal systems that regulate sleep. The first is the circadian system that tells our body when to sleep. Medicine already knows a great deal about how it works: Approximately every 24 hours, the suprachiasmatic nucleus, a small region in the hypothalamus, orchestrates physiological changes to prepare us for sleep, like lowering body temperature and releasing dopamine. But the second system — the one that tells our body the amount of sleep it needs — is still mysterious. One way to elucidate it would be to find genes that govern how long or deeply people sleep and observe where those genes are active. This fall, Ptacek, Ying-Hui Fu and other colleagues announced, in the journals Neuron and Science Translational Medicine, the discovery of two genetic mutations that seem to cause certain people to sleep far less than average. This brought the number of genes known to be involved in sleep duration to just three.

To learn what genes underlie a given trait or behavior, researchers look for anomalies. If you sequenced the genes of any two random people, you would find millions of variations between them, and there would be no telling which variation contributed to what traits. But diseases or disorders have discrete and relatively uncommon collections of symptoms that, when seen in families, suggest a genetic cause; if you look at the genes of five relatives who all have a particular type of early-onset Alzheimer’s disease, for example, and find a mutation that they all share, it’s much likelier to be related to their symptoms. Scientists can then engineer the same mutation in mice to see if it produces a similar effect in them. If it does, by observing where the gene is active in the brain, researchers can begin to study the processes that give rise to that specific collection of symptoms; the hope is that those processes will also offer clues to what neural mechanisms initiate more prevalent forms of the disease.

Ptacek and Fu each began their career hunting for genes responsible for neurological diseases and disorders, including Alzheimer’s and epilepsy. Then a colleague, a sleep neurologist, approached them with an intriguing case: a woman whose circadian clock seemed to be set four hours early, which caused her to go to sleep around 7:30 p.m. and wake around 4:30 a.m. Even more intriguing, she came from a large family with many members who shared her unusual behavior.

This seemed like a rare opportunity. Distinctive sleep traits can be hard to spot, because of all the ways we can manage or obscure them — for example, by altering our natural sleep rhythms with environmental inputs like lights, LED screens, alarm clocks and caffeine. And this wasn’t a debilitating disorder for which people would necessarily seek treatment. (The woman did so only because she didn’t like waking up when it was “cold, dark and lonely,” Ptacek says.) In 2001, the research group, then at the University of Utah, announced it had found a genetic mutation responsible for the woman and her relatives’ early rising. After their discovery generated headlines, they were contacted by others who believed they had the “morning lark gene.” By giving them detailed questionnaires to identify those whose early rising was innate, rather than environmentally influenced, the researchers happened upon a family with members who woke up early but did not also go to bed early — they averaged only 6.25 hours of sleep per night yet reported feeling fine afterward. Fu and Ptacek, by now at U.C.S.F., found that they shared a genetic mutation that caused their short sleep. The publication of that finding in 2009 inspired others who habitually sleep less than seven hours per night to contact the group, leading to the identification of the two additional mutations reported this fall, which appear to cause other forms of so-called naturally short sleep.

When engineered in mice, those mutations truncated their sleep without any obvious ill effects; in particular, mice engineered with the second mutation performed just as well on memory tests as non-sleep-deprived mice. The naturally short-sleeping people they’ve met, the researchers wrote in Science Translational Medicine, seem especially healthy, too; they are also “optimistic, with high pain threshold.” (The second of the mutations alters a gene that has also been shown to facilitate learning and memory, reduce anxiety and block the detection of pain.) It’s possible, the researchers theorize, that the mutations that cause short sleep are also somehow “compensating for” or rendering people “impervious to” the negative health outcomes typically tied to sleep deficits. If researchers can understand how the mutations alter brain activity, Fu says, “we can help everybody to sleep more efficiently” — possibly by formulating a drug that achieves the same effect. Because a lack of sleep is associated with such a wide range of negative outcomes, a sleep-optimizing drug could transform almost every aspect of human health.

The question remains, though, how to tell whether sleep is being optimized if we don’t fully know its purpose. The “work” of sleep, whatever that is, may be getting done more efficiently in the short-sleepers than in the rest of us. Or they may be compensating for less sleep more effectively. “How do we know if you’ve accomplished the work?” says William J. Schwartz, a neurologist at Dell Medical School at the University of Texas at Austin. “At the moment, still, the routine clinical measure that you’re getting enough sleep is that you’re not sleepy. That’s not going to get us very far.”

But it is a starting point, however crude, for identifying sleep anomalies, and characterizing more of them in finer detail has begun to reveal other potentially heritable traits. Sleep apnea, for instance, was once thought to be a structural problem with a person’s airway; it is now thought to encompass several subtypes, classified by subtly different symptoms throughout the body, some of which might be genetic, says Clete Kushida, medical director of the Stanford University Sleep Medicine Division. “In the next couple of years, there’s going to be more exploration and more findings that will show maybe some of the disorders we thought weren’t genetic might be genetic, and some that we thought were more homogeneous aren’t,” he says.

Fu likens the three short-sleep genes she has helped discover to pieces of a giant puzzle with no picture on the box. “Right now, I have no idea what’s inside,” she says. “My goal is to find 10 pieces,” and then try to see how they interact to illuminate a larger network. Eventually, parsing more ways atypical sleep behaviors differ from average will, by process of elimination, reveal what common traits healthful sleep shares — and how to improve it.