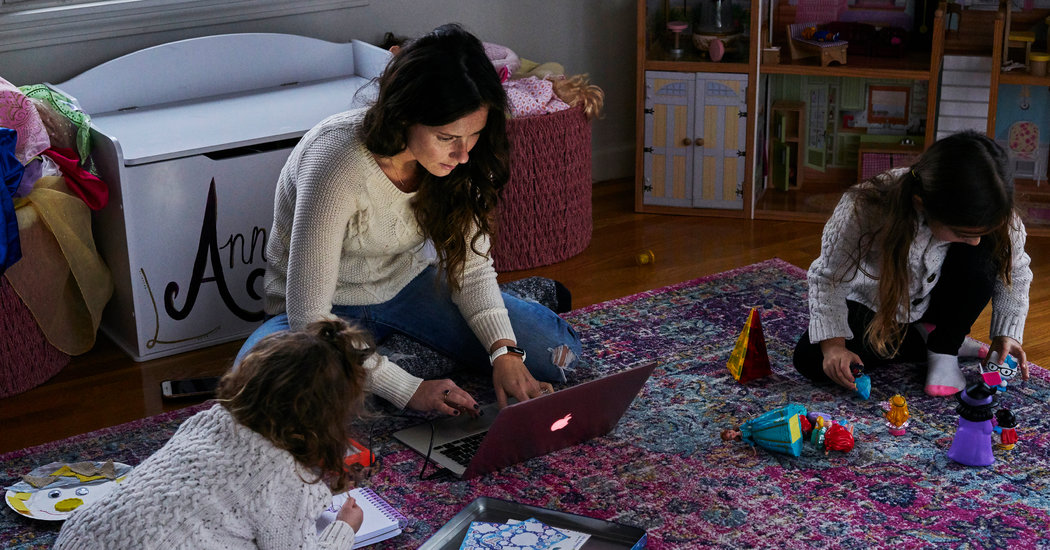 As a mom with influence, Caitlin Houston felt the need to act.

Ms. Houston, of Wallingford, Conn., read a post on Instagram this summer by Karen Feldman, the founder of the Striped Sheep, a mommy-and-me clothing company, claiming that one of her designs had been ripped off by Tuckernuck, a high-end women’s clothing retailer.

So Ms. Houston did what comes naturally to her: She posted stories about the Striped Sheep’s predicament on Instagram, and encouraged friends who are mom influencers to do the same. Members of her audience — she gets roughly 34,000 views a month through her website and social media — commented on Tuckernuck’s various online platforms, demanding the company not only apologize but explain itself. Soon Tuckernuck removed the disputed items from its website and apologized via a comment on Ms. Feldman’s Instagram page, offering her a share of profits from the products. The company also called Ms. Feldman directly to apologize.

The Striped Sheep gained thousands of new followers and sold out of its inventory. “Now I’m making six new colors in the same style, as well as a new style,” Ms. Feldman said. “It was a huge boost for me, the best thing that could have happened. It was tons of free P.R.”

Tuckernuck, started by three friends who also happen to be mothers, was not as pleased.

“I think it told her story, but we were very misrepresented,” Jocelyn Gailliot, the chief executive and a founder of Tuckernuck, said of the situation. She declined to provide details, adding: “But we are a positive brand, a happy brand, and we are women who have children. We don’t feel social media is the right place to engage over this, and it’s a bad precedent to set for future generations.”

There are 4.5 million mom influencers in the United States, according to Mom 2.0, a conference that brings them together. They use websites and social media to record seemingly every detail of their lives: the sweater they bought for the fall, their child’s favorite new toy, which coffee helps them wake up. What began, for many, as a creative outlet or a way to build community has morphed over the years into big business with a more direct link to brands and companies.

Their followers spend money on the items they endorse and boycott the ones they pan. (Some influencers receive money if people buy products after clicking on the links they provide, and they sometimes have sponsorship deals with brands.) Millennial mothers are 18 percent more likely than those from Generation X to rely on advice from their fellow moms, according to research done by Mom 2.0.

“People think: ‘This woman also drives around four kids and gets crumbs in her seat. She is just like me, so I am going to listen to her,’” said Elisa Camahort Page, a co-founder and former chief operating officer of BlogHer, a media company that put on events and acted as a publisher for female content creators.

Influential moms have been using their power to pressure brands for at least a decade. Heather B. Armstrong, who lives in Salt Lake City and runs a website that receives 250,000 views a month, discovered her power in 2009 after buying a $1,300 Maytag washing machine that kept breaking. After her interactions with customer service and corporate headquarters frustrated her, she posted five tweets that other mom influencers picked up.

“Within 12 hours, someone from headquarters called me, and then they flew someone out to fix my washing machine,” said Ms. Armstrong, who is known as Dooce to her followers. “I got their attention.”

But with influence comes responsibility, and some have raised questions about when and how mom influencers should use their power. How much research should be done before discussing a brand? What constitutes an experience worth sharing? What is, in other words, proper mom influencer etiquette?

“We have to look out for each other,” Ms. Houston said. “If I see a mom who has started a business and is now getting squashed by a bigger person, I want to use the influence I have.”

She acknowledged that in the Striped Sheep situation her research did not extend beyond reading the blog post by Ms. Feldman and talking to other mom influencers. “I had to take her word for it,” Ms. Houston said.

For Ms. Armstrong, keeping companies in check is a positive use of her influence. “It’s like we have these tools, we have power against these companies who want to take advantage of us,” she said. Her rule is if she can’t resolve something through regular customer service channels, she can engage on social media.

Other influencers feel that endorsing or deflating a brand, regardless of how much interaction they have had with it, is their responsibility to their audience. It’s part of portraying their day-to-day lives authentically.

Kermilia White, a full-time influencer who lives in Birmingham, Ala., has 75,000 followers across her social media platforms, including on Instagram, where she posts as themillennialsahm. She often writes about products meeting her expectations or disappointing her. (Her position is complicated by the fact that these brands often give her free products or sponsorships. She says her reviews represent her honest opinion, whether she gets the product free or not.)

“There was a start-up company I worked with in January that had a stroller attachment,” she said. “I felt there was a good return on investment for that brand, so I made sure they could get some eyes on it as soon as they launched. I have a huge new-mom following.”

She added: “I always make it clear this is my experience. I say, ‘It won’t necessarily be the same for you, but for me, this is what happened.’”

Some influencers aim to be more journalistic. Liz Gumbinner’s website, Cool Mom Picks, gets millions of readers and hundreds of thousands of social followers. She also runs Cool Mom Tech, Cool Mom Eats and social media communities for mothers. Part of what the sites do is review products, especially start-up brands owned by women and mothers.

Ms. Gumbinner has a team of writers, whom she pays, and she encourages them to do thorough research before posting a review.

“Our writers may try a new cosmetic product for a month, for example, before recommending it,” she said in an email. “With every product we write about, we need to earn our readers’ trust.”

Companies clearly like positive coverage. But when they are on the receiving end of negative chatter, they often feel at a disadvantage. Once a criticism goes viral, the damage is hard to undo.

Mom 2.0 and Dad 2.0, a conference for father content creators, hold training sessions that help participants communicate more effectively with brands and share their experiences with audiences. Keynote speakers and members of panels discuss the topic, and there are small-group workshops and round-table meetings.

At this year’s Mom 2.0 Summit session topics included “How to Connect and Work With Global Brands” and “Activism as an Influencer: How to Be the Driver of Change in Your Community.”

“I’ve seen somebody go after a hotel when they could have called the front desk to fix the problem,” said John Pacini, a co-founder of the conference. “We are trying to apply the same standards to our industry that work in normal face-to-face culture.”

Sometimes, Ms. Houston said, it is best to just back away from the internet. She recounted what she told to a friend, a new influencer popular with mothers, who asked Ms. Houston whether she should talk publicly about a bad experience at her neighborhood’s new coffee shop.

“I said: ‘No! They are brand new. Why would you want to ruin them?’” Ms. Houston said. “It’s good she even asked us, though. A lot of people, that thought, to check, doesn’t even cross their mind.”